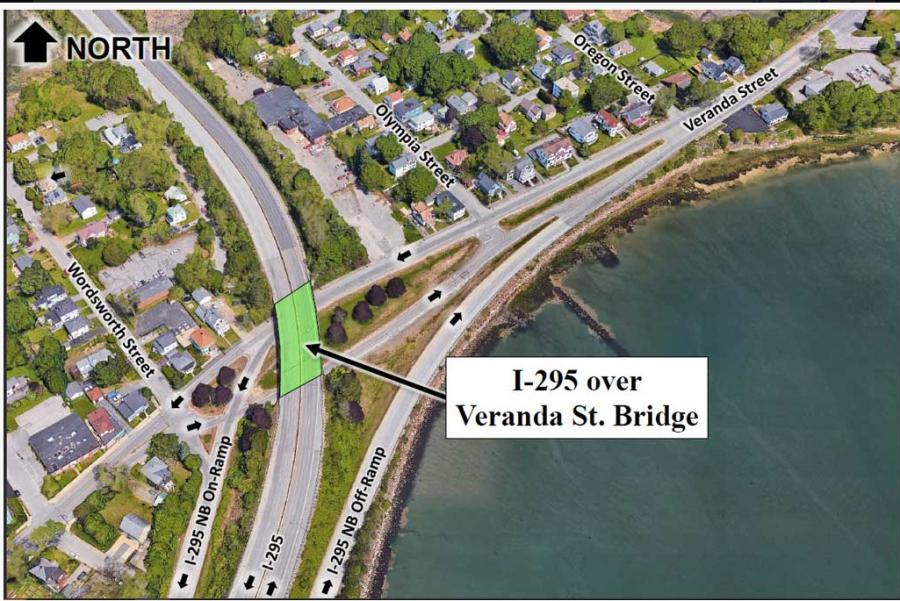 The town's Bridge Street Bridge, which carries U.S. Highway 201 over Cobbosseecontee Stream, became the second bridge in Maine to utilize the unilateral slide method. As a result, the span was only closed to traffic for 30 days.

But the Gardiner bridge replacement project will not be the last accelerated bridge construction in the state as the Maine Department of Transportation (Maine DOT) plans to also utilize the same technology on the Veranda Street Bridge replacement in Portland. The roadway and bridge project began in December, but it will be fall 2021, at least, before the span is closed and the accelerated process gets under way.

The first bridge replacement to use the technology was on Auburn's Littlefield's Bridge in 2013.

Maine DOT's Veranda Street Bridge replacement will include replacing the span on Interstate 295 that crosses over Veranda Street at the north end of the city with a new single-span bridge. It also involves reconfiguring and reconstructing Veranda Street between Wordsworth Street and Martin's Point Health Care. That work will include a bike lane and sidewalk, improving drainage and wider shoulders for improved visibility and safety on I-295.

The original bridge was built in 1961, and, after nearly 60 years of heavy use, the bridge condition has deteriorated according to Maine DOT. A 2017 inspection of the structure determined it is in satisfactory to poor condition and is structurally deficient. Therefore, bridge replacement is recommended.

The divided spans, the interstate ramps "and the confusing nature of the roadway network", Maine DOT described in its project summary, have also contributed to making Vernada Street into an increasingly high-crash area.

Construction was originally scheduled to begin this fall, but the state had to re-advertise for construction in September, spreading out the timeline. The project is now expected to be completed in 2022. It will be determined by February whether the bridge closes for a month in October 2021, or in April 2022, depending on the contractor, according to the DOT website.