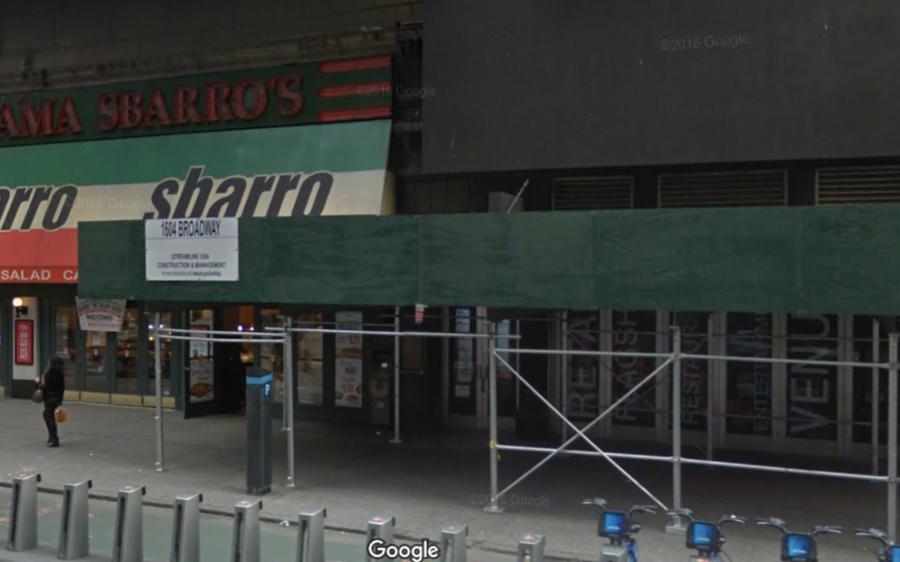 Jose Cruz, 59, died after falling from the second floor of a construction site at 1604 Broadway on April 12, 2017 in what was considered a 'preventable' incident.

A group of labor unions have launched a campaign urging the City Council to pass a construction-safety bill following the death of a worker in Times Square last week.

Sunset Park resident Jose Cruz, 59, died after falling from the second floor of a construction site at 1604 Broadway on April 12.

On Tuesday, the Greater New York Laborers-Employers Cooperation and Education Trust and District Council 9 rolled out a campaign called “Buildings Blocks NYC,” which backs a proposed bill that would require workers at “major” construction sites to have taken part in an apprenticeship program focused on safety.

The legislation, known as Intro 1447, is part of a 21-bill package called the Construction Safety Act. The campaign's first advertisement was posted online Tuesday.

“Building Blocks NYC is dedicated to ending the epidemic of construction fatalities in New York City by setting rigorous safety training standards for all construction workers through passing Intro 1447,” the unions said in a release.

The commissioner of the the city's Department of Buildings reportedly called Cruz's death “completely preventable.”

“There should have been tie offs with his personal protection equipment, which he was wearing,” Rick Chandler told the Daily News last week.

The DOB issued a stop-work order at the site on the day Cruz died, records show.

It has also drawn criticism from opponents who say it would ultimately take work away from non-union workers — many of whom are minorities — and put non-union construction groups at a disadvantage.

The first hearing for the bill took place at the end of January.