Unique Perkins Cove Footbridge in Ogunquit, Maine, to Get a $2.85M Facelift 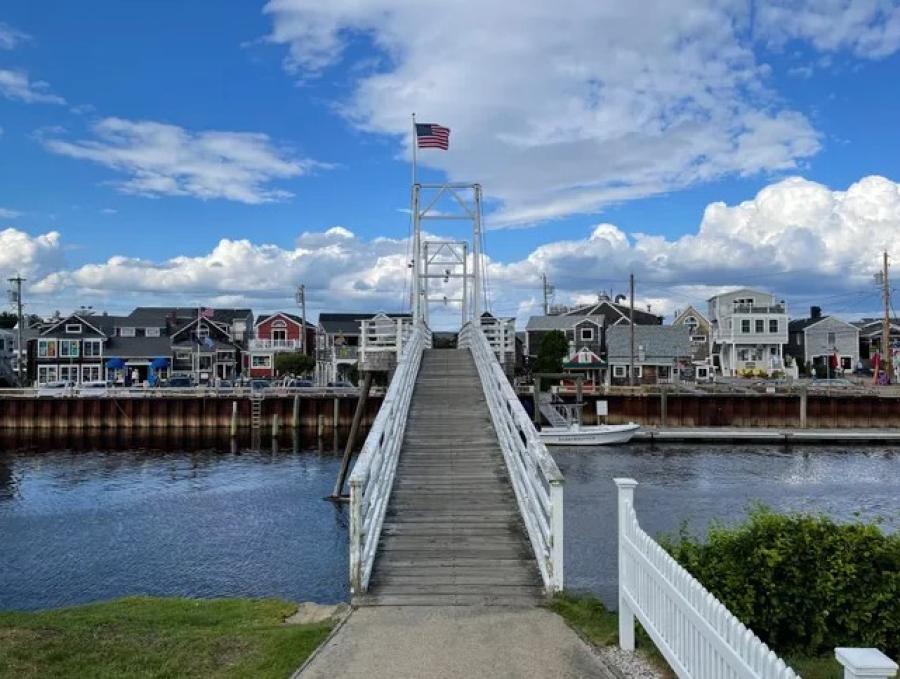 The only remaining wooden, double-leaf draw footbridge in the United States will soon be given a makeover with funds from the federal government.

U.S. Sen. Susan Collins of Maine announced in March that $2.85 million has been approved for the revitalization of the 81-year-old Perkins Cove Pedestrian Footbridge in the York County town of Ogunquit, near the southeast tip of the state.

"The pedestrian footbridge at the entrance of Perkins Cove is not only a stunning and beautiful symbol of Ogunquit, but a key connection that provides the only southerly access to the numerous small businesses, restaurants and shops located in and adjacent to the Cove," the Republican senator noted in a press release. "This funding I strongly advocated for will reconstruct the footbridge as well as the Harbormaster's Quarters while ensuring that the bridge's iconic character remains intact."

Last fall, Ogunquit Town Manager Matthew Buttrick said the prospect of receiving federal funds for the project would be welcome, since the harbor and footbridge are used and enjoyed not only by locals but by visitors from around the world.

"That bridge is part of Ogunquit, and this funding will allow us to ensure that the new bridge is not only as beautiful as this one but also built to last the harsh environment of salt air and storms," he explained.

The Portsmouth Herald reported that for years, local leaders have been monitoring the structure closely, while occasionally making small repairs, and that Ogunquit has remained vigilant to potential safety hazards on the bridge and its piers.

The federal funding that Collins helped secure will enable the town to demolish and reconstruct the footbridge, harbormaster building, bait storage facility and take steps to dredge the channel, Buttrick told the Portsmouth Herald.

One Part of Drawbridge Still Raised by Hand

Originally built in 1941 at a cost of $12,979, the footbridge overlooks one of the prettiest harbors on the Maine coast and spans the narrow entrance to the port, according to Bridgehunter.com, an online source that provides a history on older bridges.

The Perkins Cove Footbridge can provide, with both leaves raised, a clear waterway width of more than 40 ft., while a vertical clearance of 16 ft. at high water allows many of the smaller craft to enter and leave the harbor without raising the bridge at all.

Officially, the operation of the drawbridge is the duty of the harbormaster or his deputy, but if neither is available, Bridgehunter.com noted, any veteran lobsterman or fisherman arriving from a day's work laden with catch is invited to do the job.

Information found on the website described the drawbridge as a two-part span, either side of which can be raised independently of the other; the smaller of the two "draws" is cranked up and down by hand, although many summer visitors have raised the span for boats entering or leaving the harbor by pushing a button found on the bridge itself.

The design of the current concrete deck girder, double bascule drawbridge is simple: two main piers composed of creosoted wood piling, bolted and bound together with steel cable. Extra independent pilings are placed upstream of the main piers to ward off heavy ice floes, which come down the Josias River toward the Atlantic Ocean.

Other York County Projects to Benefit from Bill

The omnibus funding package, which will pay for the drawbridge's improvement, passed the U.S. House and Senate and was signed into law by President Biden in February.

The package consists of other funds heading to Maine's southern York County, including $700,000 for engineering an 11-mi. off-road extension of the Eastern Trail from Kennebunk to North Berwick; $325,000 for a new community resource center in Sanford; and $850,000 to support the construction of an emergency operations center in the county.