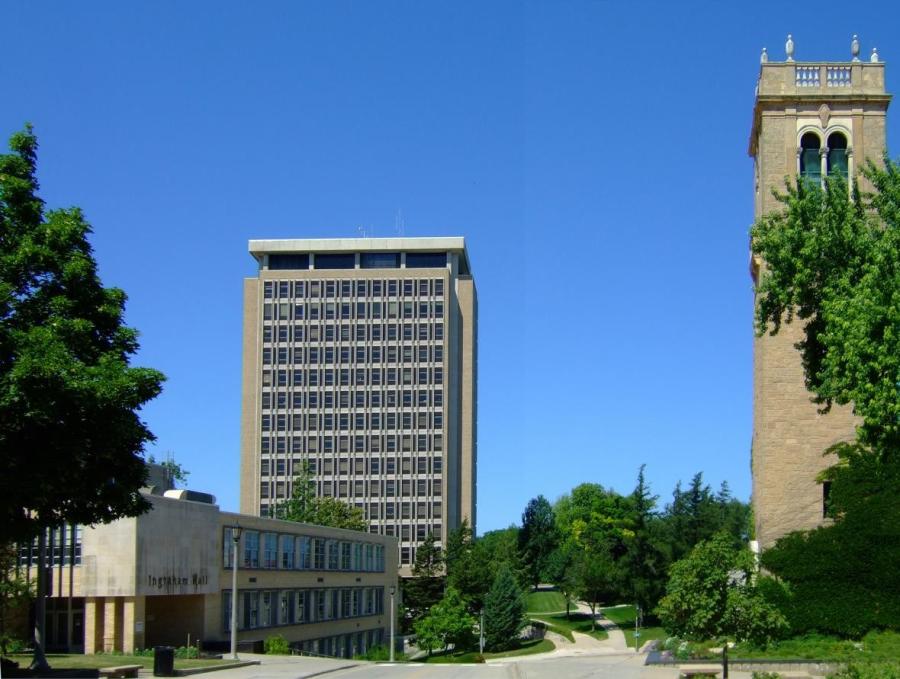 The University of Wisconsin System Board of Regents voted 16-1 to request $1.96 billion for construction and maintenance. (James Steakley/Wikimedia Commons photo)

MADISON, Wis. (AP) The University of Wisconsin System Board of Regents has approved a $1.96 billion construction and maintenance budget request.

The board voted 16-1 to send the request to Gov. Scott Walker as he crafts his 2019-21 executive state budget.

Four projects would be funded by increases in student fees, including a new field house and soccer facility at UW-La Crosse; a new UW-Madison natatorium and recreational center; and a new UW-Stevens Point student health center.

Students at the three campuses approved a series of fee raises in 2014 to pay for the projects.

Bryan Steil, a Republican running for Congress, was the only regent who voted against the building budget. He said it was too large and not focused.