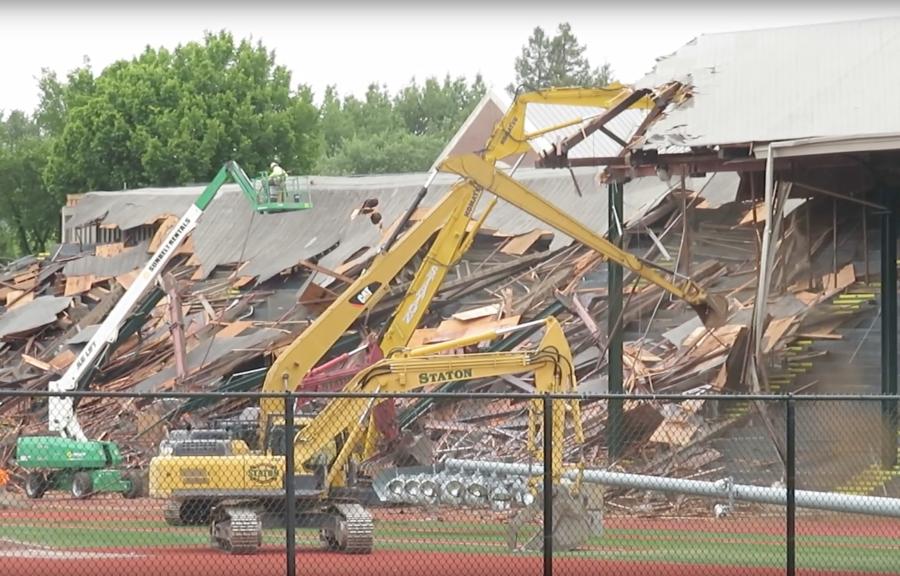 Built in 1919 to be a football stadium, Hayward Field was named for coach Bill Hayward, known as the “grand old man,” and a coach at the University of Oregon for 44 years.

Crews are busy prepping the construction site of the University of Oregon track field that is already being billed as the “world's finest track and field facility.”

Built in 1919 to be a football stadium, Hayward Field was named for coach Bill Hayward, known as the “grand old man,” and a coach at the University of Oregon for 44 years.

In 1921, the cinder track was installed bordering the football field, and in 1925, a wooden grandstand added. In the 1970s, the track was upgraded and designated for use only for track and field.

In its 100-year history, it is reputedly the “nation's most storied track and field venue,” home of legends, including the late Steve Prefontaine, and the host site of “more USA Olympic Track and Field Trials and NCAA Outdoor Track and Field Championships … than any other venue,” according to the university press release. 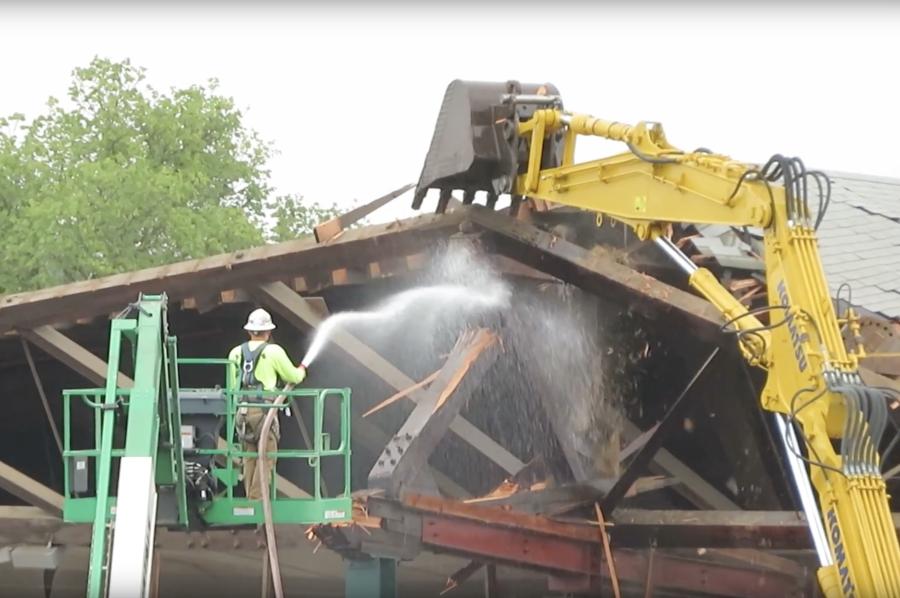 One day after the NCAA national finals ended at the track field in Eugene, work began on salvaging parts of the historic stadium.

“They are salvaging the seating and the wood,” said Zack Barnett, who is overseeing Hayward Field communications. “They don't make timbers like that anymore. They are salvaging them for three purposes: some will be reused; some will go into a museum and some be part of a public process where we determine how to distribute the remaining salvaged materials that will not be utilized in the project. That's really it. It will be a brand new facility from the ground up aside from salvaged pieces. It really will be the world's finest track and field facility, designed around giving our student athletes the world-class facilities to succeed.”

Features of the New Stadium

A university press release describes the new stadium as offering unobstructed views from every one of the spacious seats, putting fans right on top of the action in an arena that visually represents the state of Oregon.

“Runners, jumpers and throwers hoping to add to the 20 world records set at Hayward Field will enjoy state-of-the-art locker rooms, practice spaces and athletic medicine rooms. Students and researchers in the Department of Human Physiology will make groundbreaking discoveries in new laboratory and classroom spaces.

“The Powell Plaza fan entrance to the stadium will honor Hayward Field's storied past, with an exhibition on visionary coaching legend Bill Bowerman on the first level of the Bowerman Tower, and from the moment fans, athletes and researchers step inside Hayward Field, they will enjoy unparalleled experience at every turn in the best track and field stadium in the world.

“Hayward Field will be the finest track and field facility in the world, while weaving its way into the campus fabric in a host of ways.

“A rebuilt Powell Plaza acts as the main entrance to the stadium at the northeast corner of the site, at the intersection of Agate Street and 15th Avenue. This open space is reinvented and will be newly maintained, anchoring this part of the project's edge to the community.

“Another open plaza will anchor the northwest corner of the project. This provides entry for Human Physiology and a second gateway to campus. Both plazas will flow seamlessly into a new 15th Avenue park development. An east-west pedestrian corridor adjacent to the south end of the stadium connects Agate Street to practice fields and runs through to University Street. This connection will also incorporate a pedestrian ramp providing views into the stadium.”

Hayward Field will feature more than 12,000 permanent seats, with temporary seating expanding the capacity to about 30,000. 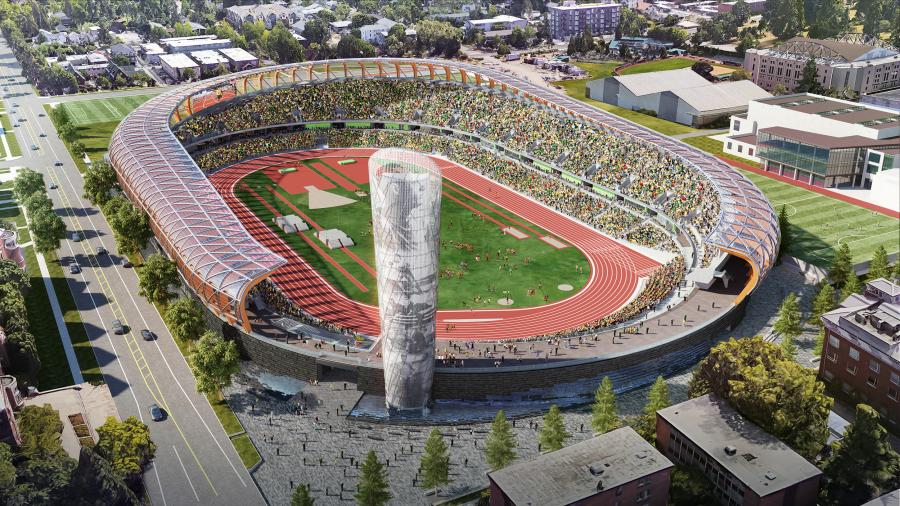 Coach Bill Bowerman coached the 1972 Olympic team, as well as 31 Olympic athletes in his career. He also co-founded Nike with Oregon Ducks alum Phil Knight. The tower named in his honor will feature a specific use for each of the nine floors.

“The 165-foot tall, nine-story tower is anchored to the stadium base at the northeast corner of the stadium, surrounded by a pool of water. It can be accessed from inside or outside the security gate and can be enjoyed year-round. It features a lobby filled with interpretive exhibits, an observation deck, viewing areas, stairway, elevator and a training staircase to the top. Its perforated metal skin and steel form flare upward and outward to resemble a torch, a shape inspired by the Olympic torch. The torch becomes a campus landmark, with a lasting visual elegance.”

The new Hayward Field is set to open in 2020 and host the World Track and Field Championships in 2021.

“If you look at some of those renderings, it really is intended to preserve the intimacy of Hayward Field,” Barnett said. “Track fans refer to this as home to the greatness. This is due north in the track and field world. I just went to the Prefontaine event in May. It's always amazing when you go to an event at Hayward Field, you are right at the track. This is Track Town USA for a reason. This community is known around the world for supporting track and field and this facility is designed to enhance that.”