Upgrades to Road Intersection Near Baltimore Under Way 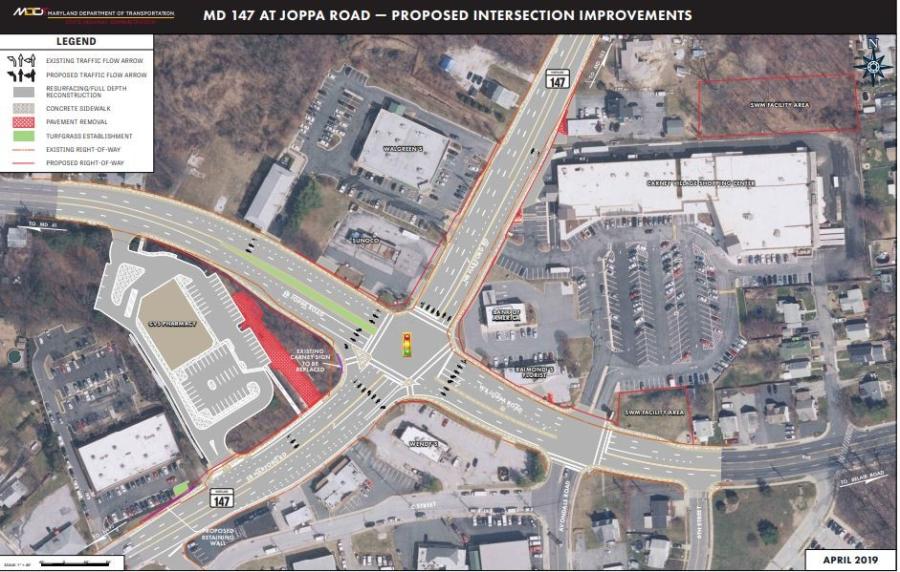 Construction has gotten under way northeast of Baltimore to make water line and highway improvements at the intersection of Maryland Highway 147 (Harford Road) and Joppa Road, according to the state's Department of Transportation State Highway Administration (MDOT SHA).

The agency said the project will improve traffic operations and safety at the intersection, located in the community of Carney, and includes replacement of Baltimore County water lines underneath the intersection.

The MD 147/Joppa Road intersection operates at over capacity during peak hour travel times, which leads to disruptions in nearby roadway networks.

The upcoming improvements will widen and reconstruct the intersection as follows:

The Baltimore County Department of Public Works is providing funding to MDOT SHA to replace the waterline underneath the roadway within the intersection project limits and upgrades to the traffic signal system at the intersection.

The enterprise will be completed in four phases and will require a series of lane and shoulder closures. No detours are proposed, however.

During all phases, sidewalks will be maintained in such a manner that one side of the roadway will always remain open to pedestrian traffic while the other side is under construction.

Due to the high volume of traffic at the intersection, the permitted working hours for construction are limited to off-peak travel times and include both daytime and nighttime operations.

The design phase of the project was completed last spring. Following that, the job was advertised for bidders in June, and bids were opened in September. MDOT SHA awarded the contract to Rustler Construction Inc. of Upper Marlboro, Md.

Pre-construction work to relocate utility lines in the intersection area was completed over the summer.

If weather and other construction factors permit, MDOT SHA said the improvement project will be completed in the fall of 2022.