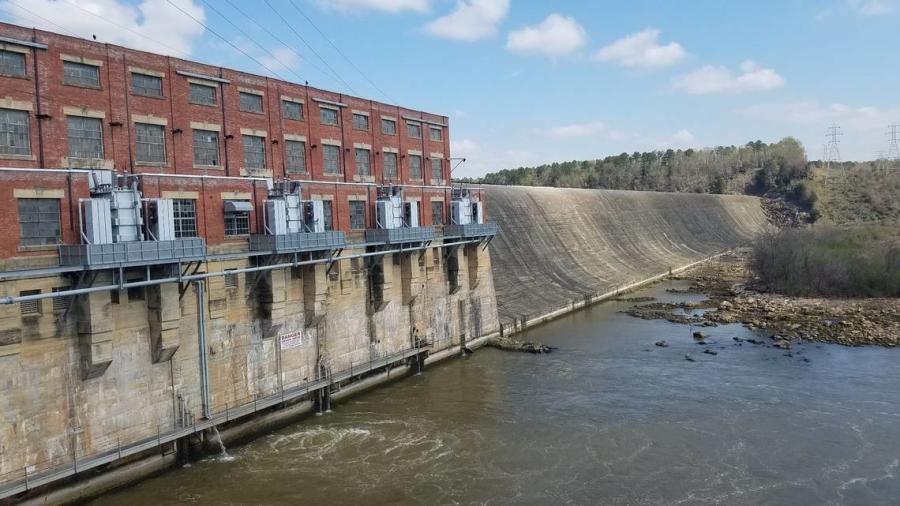 One of South Carolina's most popular water recreation spots is about to see its water levels lowered to a point that many visitors and homeowners may have never seen before, and stay at that level for more than a year.

Duke Energy announced in a press release May 12 that the company will lower Lake Wateree to 6 or 7 ft. below its full pond level beginning in November. The drawdown will allow work on Wateree Dam that should help buffer the area and the Catawba River system from low to moderate level flood risks.

Upgrades to the dam, one of the largest in the state's Midlands region, involves the installation of new spillway gates that will allow an extra 75,000 gal. of water per second of controlled flow release capacity from Lake Wateree when needed.

The improvements are part of a federal relicensing plan signed between Duke and public stakeholders throughout the Catawba basin in 2006. The improvement cost was listed then at $5.71 million.

Construction should last 14 to 16 months, but Duke noted that the "exact construction schedule is still being developed."

As it is one of the key agencies that must approve construction projects on reservoirs in the Catawba basin, from dock construction to dredging, Duke recommended in its statement that anyone who needs to do dock or cove work along their property should apply for permits as soon as possible to take advantage of the lower water levels. All the various approvals needed, depending on the project, can take months to secure, the company said.

Users of the waterway also are asked to be mindful of new water levels while boating or when storing boats. In addition, Duke cautions boaters or nearby residents to keep a safe distance from the work site during construction.

Lowering the water level in the lake, which stretches across portions of Kershaw, Fairfield and Lancaster counties, is significant, reported The State, Columbia's top newspaper.

The nearly 14,000-acre lake, 30 mi. northeast of the capital city, also is one of the shallowest, according to the news site.

While Lake Wateree could rise to hold a maximum water level of 225 ft., most estimates peg its actual deepest point at about 65 ft. The South Carolina Department of Natural Resources (DNR) lists Lake Wateree's average depth as only being 6.9 ft. — about the same amount estimated to be lost in the drawdown.

The 3,380-ft.-long dam was built in 1920 for the operation of a hydroelectric station and provides a dependable water supply for the communities of Lugoff and Camden, according to South Carolina DNR.

Lake Wateree is the largest in South Carolina, with 181 mi. of shoreline, and second largest in the 11-reservoir Catawba River system.

The Catawba system starts at the headwaters of Lake James in Western North Carolina. It runs through the massive Lake Norman, north of Charlotte, before crossing into South Carolina at Lake Wylie. The most downstream reservoir in the chain with sloping topography, Wateree gets more frequent and longer flooding than other Catawba lakes.

Duke maintains the Catawba and manages its lakes for hydroelectric production. The energy company has a series of drought and flood prevention protocols that control water flow to keep the entire system as close to target lake elevations as possible. An improvement to spillways in one area, in part, can mitigate potential flooding throughout the basin.