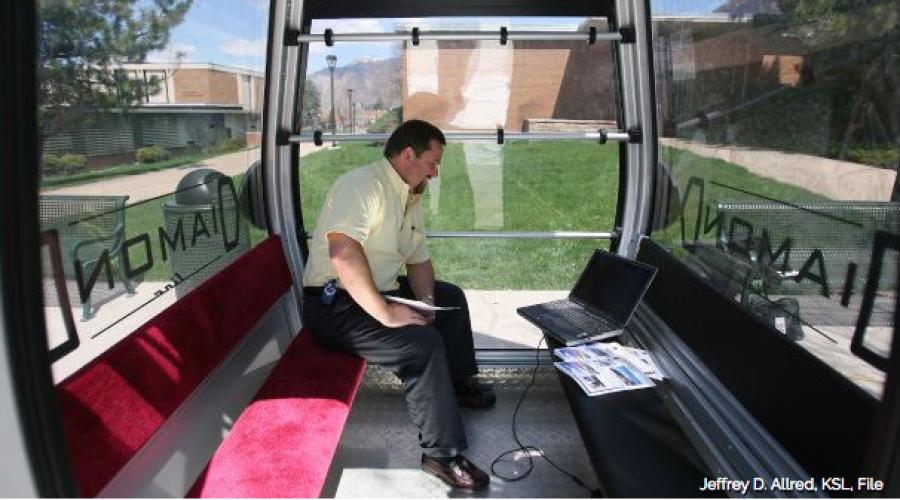 A plan for an urban gondola is in consultant Stuart Reid's Weber County Prosperity Plan.

OGDEN, Utah (AP) A plan for an urban gondola rising above the city of Ogden is among the ideas advanced in a report commissioned but largely scuttled by county leaders who have spent about $500,000 on economic-development and public-relations contracts since 2015.

The project is in consultant Stuart Reid's Weber County Prosperity Plan, which the Standard-Examiner obtained a copy of with a public records request.

But the commission apparently did not publicize Reid's report, commissioned in 2015, and since has launched into a different project.

Reid was an economic development leader for then-Ogden Mayor Matthew Godfrey until 2006, when talk about building an urban gondola system was increasing.

While business and tourism supporters backed the plan, vehement opposition developed and the project eventually went nowhere during Godfrey's administration. Critics fought the endeavor on environmental, aesthetic and other grounds.

Reid said he included the gondola in his recent “audacious” plan because “it will provide an economic boom for the future of this county unlike any other program of prosperity.”

The gondola “will spawn the construction of more hotels, restaurants, and entertainment outlets in the urban core than could have ever been expected,” the report said.

But Reid said that a gondola “will only happen if there's the political will to do it.”

County Commissioner James Ebert agreed with the idea that Ogden “needs to be a destination,” and a gondola would be a unique attraction.

“But it doesn't necessarily have to be a gondola,” Ebert said. “Maybe we can create a cultural attraction — the arts, a symphony, a creative community — branding to put Ogden City on the map.”

Ogden Mayor Mike Caldwell and some other city officials aren't enthusiastic about a gondola revival.

“In my opinion, this kind of thing is dead,” Caldwell said.