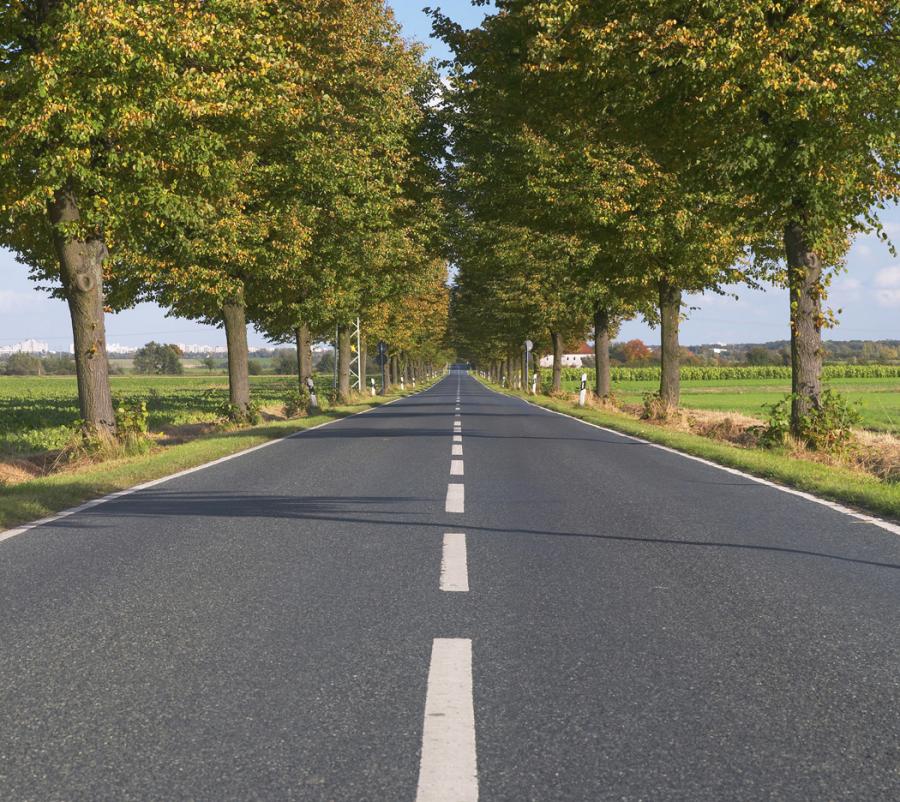 When the overnight closure at the U.S. 20 Pioneer Mountain-Eddyville project ended on Oct. 11, travelers were directed onto the long-awaited 5.5 mi. (9 km) new alignment. The trip through the Eddyville area now has passing lanes, wide shoulders and center-line and shoulder rumble strips to help provide a safer journey.

The 10-mi. (16 km) section of roadway that is now bypassed becomes Crystal Creek Loop and will be a Lincoln County road soon.

The Pioneer Mountain–Eddyville project broke ground in 2005 as a design build contract with a budget of $140 million. The original design included a series of bridges to provide passage for water and wildlife, span creeks, valleys and the railroad tracks.

Much of the original design had been completed when construction of the 3 mi. (4.8 km) in the center of the project proved unfeasible due to ancient landslide activity in the area.

The design-build contract was terminated and the project was taken over by the Oregon Department of Transportation (ODOT). ODOT redesigned the central portion as a series of cuts and fills. Rock was cut out of the hills and used to fill valleys, culverts were installed instead of bridges, and a 28-ft. (8.5 m) diameter wildlife culvert was constructed under the new highway.

Since beginning the project again in 2012, construction remained on time and under the approved final budget of $365 million. The final cost remains to be totaled, as the west end curve tie-in and environmental remediation work will not be completed until 2017.

The road will be closed 7 p.m. to 5 a.m., Saturday through Thursday nights. The road remains open on Fridays. For the latest in closure times and days, check TripCheck.com. Closures may be cancelled due to weather causing unsafe work conditions.

The current length restrictions for truck-tractor/semitrailer combinations between the U.S. 20 junction with OR 223 and Toledo will be lifted within a few days, and trailers over 48 ft. (14.6 m), up to 53 ft. (16 m), will be able to travel the entire U.S. 20 Corvallis-Newport Highway corridor.