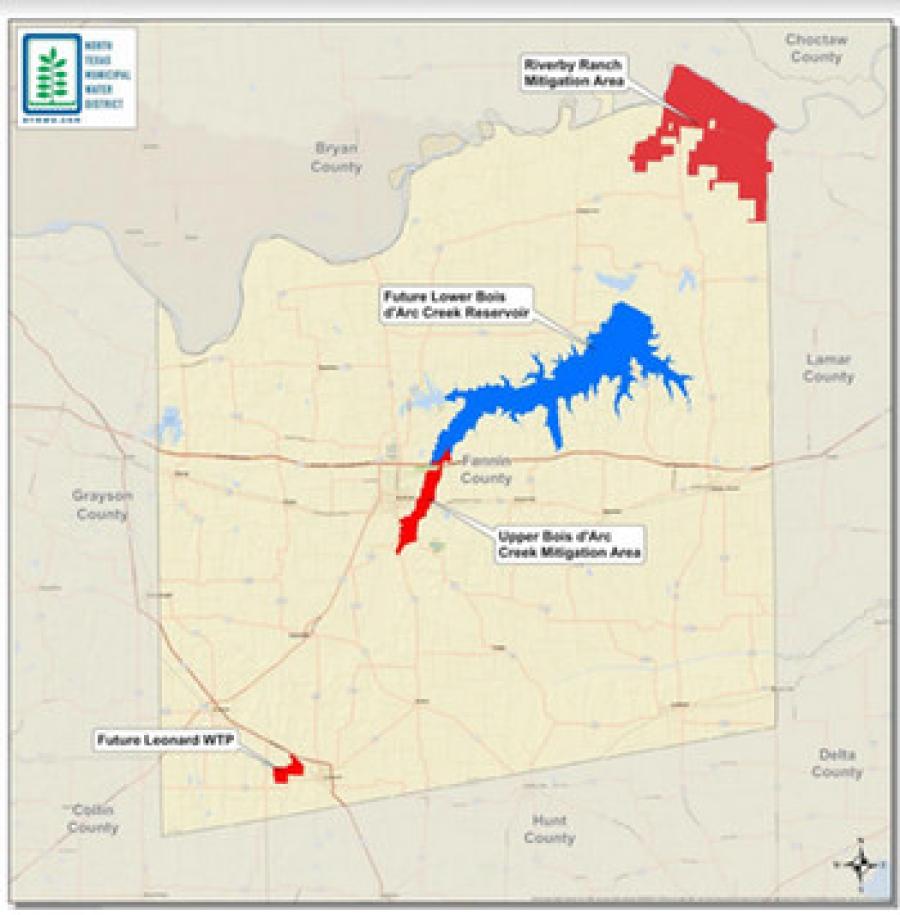 Construction of the Lower Bois d'Arc Creek Reservoir will begin in spring, northeast of Bonham. The $1.2 billion project is expected to be a key water source for the 1.7 million people living in 80 north Texas communities, a population projected to double over the next half-century, the Dallas Morning News reported.

“This is a major milestone for a critical project,” said Robert Thurmond, president of the North Texas Municipal Water District's board of directors. Thurmond represents Wylie, one of 13 cities on the board.

The new lake has been in the works for more than a dozen years and will measure more than 16,600 surface acres.

In Texas, reservoirs are “an absolute necessity,” said Terry Sam Anderson, who represents Mesquite on the board.

The permit required under the federal Clean Water Act was issued by the Army Corps of Engineers' Tulsa District. Officials assessed the project's current and potential environmental impacts and identified measures to offset them.

The project will include a reservoir dam and intake, a raw water pipeline, a water treatment plant, an environmental mitigation area, roadway improvements and a bridge. Construction is expected to complete in 2022.

“This has been a tremendous team effort,” said Tom Kula, the board's executive director. “We appreciate the support of all involved in the process.”