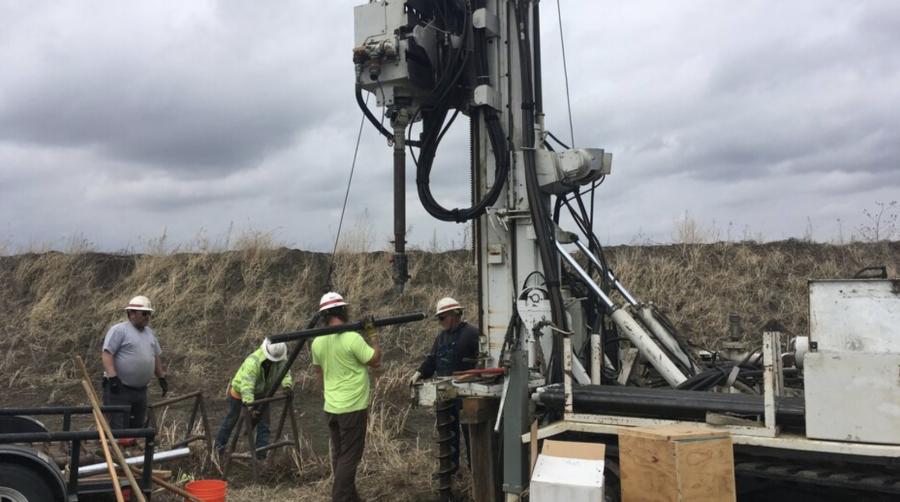 Drill crews arrive on-site at the Hamburg levee on April 6, 2020, to begin geotechnical investigations. The information gathered by the drill crew will be used to complete the levee repair design.

The U.S. Army Corps of Engineers, Omaha District, in conjunction with the city of Hamburg, Iowa, conducted a groundbreaking ceremony May 5 to kickoff construction to rehabilitate the Hamburg Ditch 6 levee. The ceremony took place at Highway 333 (North Street) on the east side of the levee. 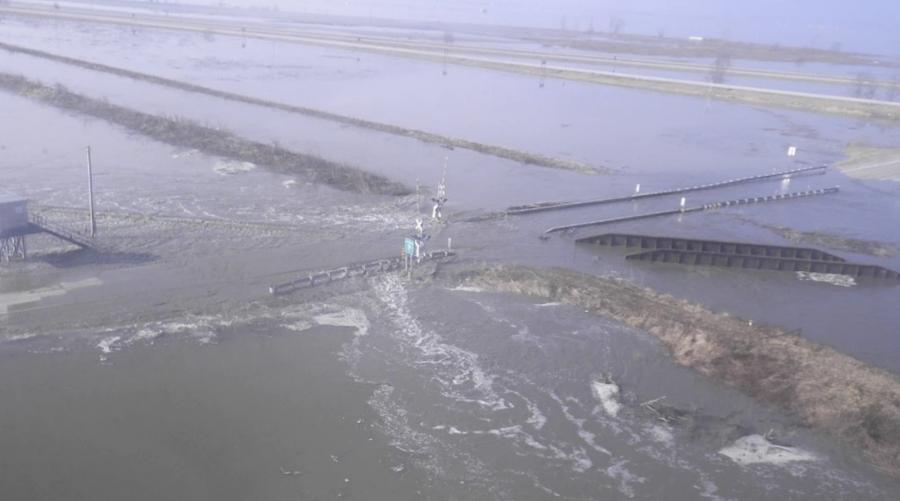 USACE and the city of Hamburg signed the Section 1176 project agreement Feb. 9 to allow raising the Hamburg Ditch 6 levee 8 ft., significantly increasing the flood risk management benefits the levee provides to the city. This significant achievement comes after the Omaha District, city of Hamburg and other stakeholders have worked diligently with Headquarters USACE and Northwestern Division to implement the Section 1176 Authority from the 2016 Water Resources Development Act. This is the first project across the nation to utilize the Section 1176 authority to raise the height of a federal levee system.

The Hamburg Ditch 6 levee was overtopped and sustained severe damage during the 2019 floods, leading to significant flooding within the city of Hamburg. Under the PL 84-99 program, the U.S. Army Corps of Engineers can restore levees active in the program to their pre-flood congressionally authorized elevation. Section 1176 allows a levee sponsor, at their cost, an avenue to raise the elevation of a levee above its current congressionally authorized elevation after developing engineering drawings and completing studies demonstrating that the modified levee will not produce adverse impacts as a result of the raise.

In total, the city of Hamburg, with support from other stakeholders, will contribute $7 to 8 million to raise the Ditch 6 levee to its new elevation and provide additional flood risk management benefits to the city.

Although significant strides have been made in repairing the more than 350 mi. of levees across the Lower Missouri River Basin that were damaged following the historic floods of 2019, a heightened level of flood risk remains for the communities and landowners behind these damaged levee systems as repair efforts remain ongoing. This risk is higher than it was prior to the flood event because portions of the levees are still being repaired, and until all of the levee components, (such as seepage berms and relief wells) are repaired, the system(s) do not fully provide the same level of flood risk reduction as they did in their pre-flood condition.

The Omaha District remains focused on ensuring the safety of citizens and remain positioned to provide flood fight assistance to state, local and tribal government agencies, as appropriate. It also will continue working with other federal partners to communicate the conditions on the river systems.