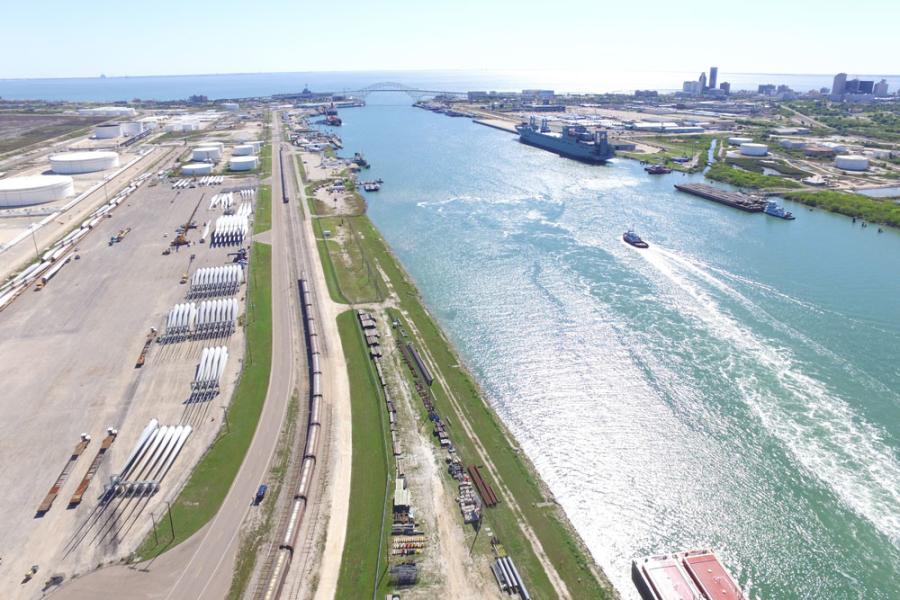 The U.S. Army Corps of Engineers (USACE) awarded a $92 million construction contract to Great Lakes Dredge & Dock Company LLC to deepen and widen the Corpus Christi Ship Channel (CCSC) from the Gulf of Mexico to Harbor Island, as part of the Channel Improvement Project (CIP). This contract will increase the depth from minus 47 ft. Mean Lower Low Water (MLLW) to minus 54 ft. MLLW from the jetties at the entrance of the ship channel to Harbor Island and will extend the CCSC into the Gulf of Mexico to minus 56 ft. MLLW.

"The award of this first dredging contract is without a doubt the most important development we will see in 2019," said Charles W. Zahn, chairman of the Port of Corpus Christi Commission. "Building critical infrastructure for the energy sector is our primary mission and will allow larger vessels access to much needed export facilities, safely and responsibly."

In November, the USACE announced its Fiscal Year (FY) 2019 Work Plan, which included an additional $59 million in funding for the CIP, bringing the total Federal appropriations for the CIP to $95 million.

"We commend the Army Corps of Engineers for progressing the highly-anticipated Corpus Christi Ship Channel Improvement Project, and the selection of Great Lakes Dredge & Dock to perform on this first contract is an extraordinary step forward in positioning the United States as the largest exporter of energy in the world," said Sean Strawbridge, CEO of the Port of Corpus Christi.

"The award of this contract is a testament to the hard work and patience of the Port of Corpus Christi and the Corps of Engineers," said Col. Lars Zetterstrom, commander of the Galveston District of the U.S. Army Corps of Engineers. "The project delivery team worked tirelessly to achieve this milestone, which opens the gate to improving one of the nation's most important navigation channels."

In a history that spans 128 years, Great Lakes Dredge & Dock has worked on high-profile projects that include the Deepwater Horizon Oil Spill cleanup and the deepening of the Port Miami harbor.

"Great Lakes Dredge & Dock is excited to have won the competitive bid for the first phase of the Corpus Christi Deepening project," said Lasse Petterson, CEO of the Great Lakes Dredge & Dock Company LLC. "As the largest dredging company in the U.S., we have a long and successful history working in Texas. We congratulate the U.S. Army Corps of Engineers and the Port of Corpus Christi for their success in getting this important project under way. We are confident that this will drive the much- anticipated future investment and development in the Port, since as we like to say, ‘It all starts with dredging.'"