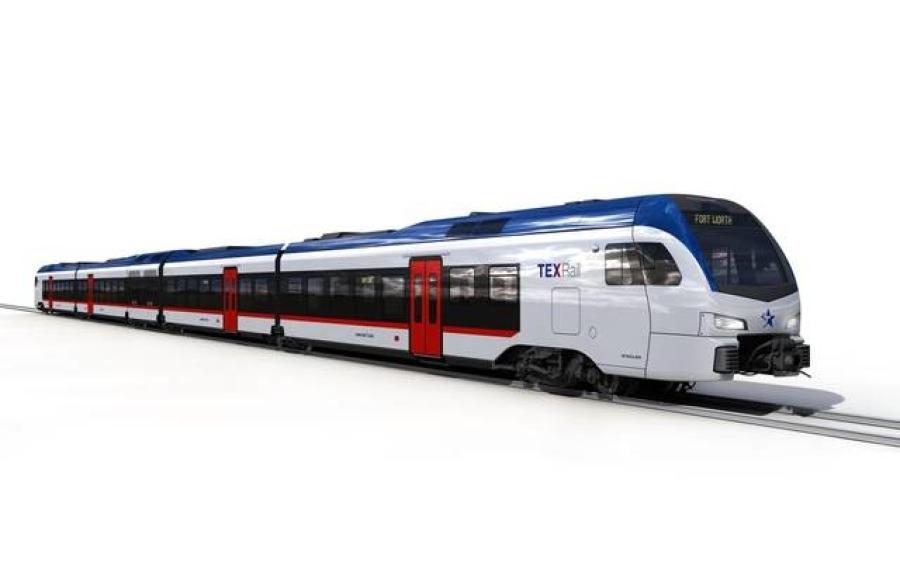 TEX Rail, a commuter rail line between downtown Fort Worth and the Dallas Fort Worth International (DFW) Airport was approved by the FTA.

The U.S. Department of Transportation's Federal Transit Administration (FTA) announced a $499.39 million federal grant agreement with the Fort Worth Transportation Authority (FWTA) to build TEX Rail, a commuter rail line between downtown Fort Worth and the Dallas Fort Worth International (DFW) Airport. The project will link three of the region's major activity centers and provide an alternative to travel on the area's congested roads.

“The Obama Administration is committed to investing in transportation projects like TEX Rail that improve mobility and provide ladders of opportunity for hard-working Americans,” said U.S. Transportation Secretary Anthony Foxx. “The TEX Rail project will give thousands of residents convenient access to employment, education, healthcare and other vital services in one of our nation's most populated metropolitan areas.”

The 26.8-mi. (43.1 km) commuter rail line will serve downtown Fort Worth, the city of Grapevine and DFW Airport. The project also will provide connections to other transportation services in the area, including the Dallas Area Rapid Transit (DART) light rail system, Amtrak, Trinity Railway Express and the FWTA bus system. FWTA estimates that TEX Rail will open in 2018. Estimated ridership is 9,000 daily transit trips when it opens, rising to 13,700 by 2035.

“FTA is proud to join our partners in Fort Worth and Tarrant County to bring new transit options to this growing region,” said Carolyn Flowers, FTA acting administrator. “As the population along the TEX Rail corridor continues to increase in the coming years, this commuter rail line will offer residents a much-needed alternative to sitting in traffic.”

Flowers made the announcement to commit the funds during a ceremony with representatives from FWTA, the city of Fort Worth and other local officials.

With the signing of the federal grant agreement, FTA is committing a total of $499.39 million through its Capital Investment Grant (CIG) Program to the $1.034 billion TEX Rail project. The federal funds will be provided over the course of four years on an annual payment schedule, subject to Congressional approval during the annual appropriations process.

The CIG Program is the nation's primary grant program for funding major transit capital investments. Projects accepted into the highly competitive program must go through a multi-year, multi-step process according to requirements in law in order to be eligible for and receive program funds. CEG