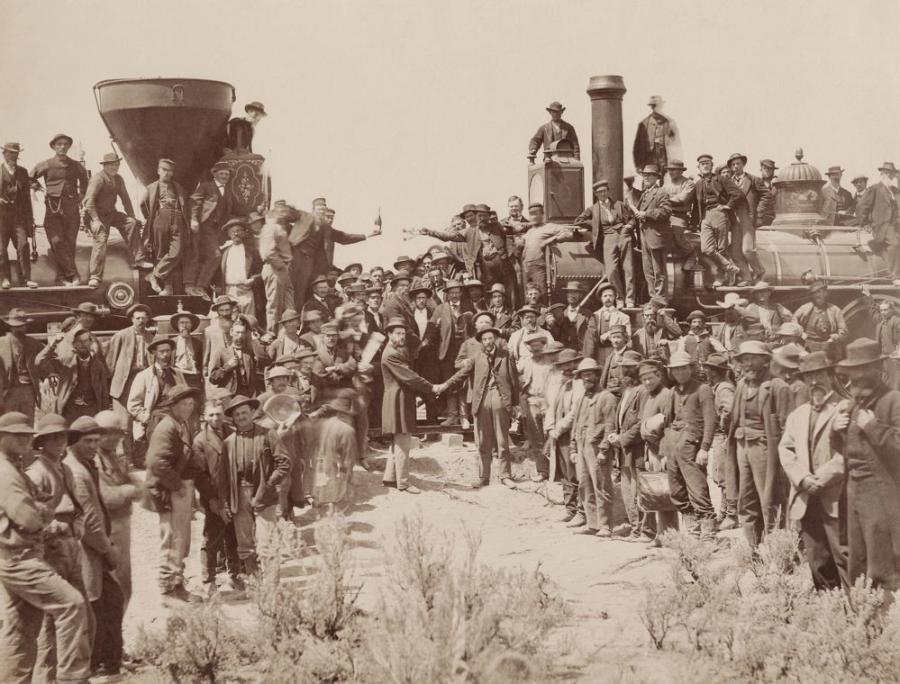 The 1869 completion of the 1,800-mi. (2,900 km) rail line shortened cross-county travel from as long as six months in wagons and stagecoaches to about 10 days on the rails.

PROMONTORY, Utah (AP) Music, bells and cannon fire rang out May 10 at a remote spot in the Utah desert where the final spikes of the Transcontinental Railroad were hammered 150 years ago, uniting a nation long separated by vast expanses of desert, mountains and forests and fresh off the Civil War.

An estimated 20,000 people swarmed to the celebration at Golden Spike National Historic Park northwest of Salt Lake City — the signature event of several days of festivities marking the railroad's anniversary. Visitors came from as far as China, many decked out in old-fashioned dresses, top hats, bonnets and scarves.

The 1869 completion of the 1,800-mi. (2,900 km) rail line shortened cross-county travel from as long as six months in wagons and stagecoaches to about 10 days on the rails and served as a unifying moment for the nation. It became a pivotal moment in United States history that dramatically changed how people traveled and did business.

Interior Secretary David Bernhardt marveled at how engineering, courage and risk-taking came together to make it possible.

"The story of this site says so much about our country," Bernhardt said at the event, which included a reenactment of an iconic "champagne toast" photo of railroad workers perched atop facing stream locomotives giving cheers to the epic feat. "The joining of the two rail lines created a new sense of connectedness that helped form a common national identity." 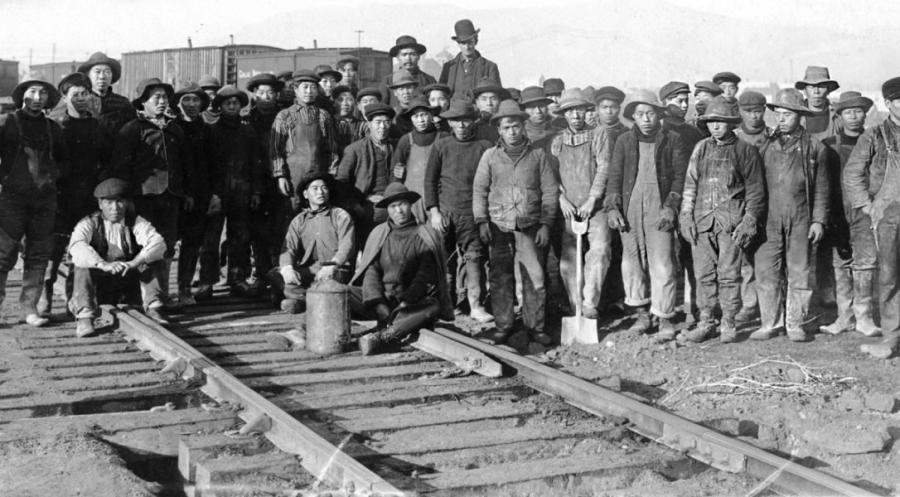 Chinese immigrants helped build the Transcontinental Railroad from the west.

The festivities featured many moments and remarks that highlighted the vital contribution of the Chinese workers who put in long hours in brutal conditions and haven't always received their proper due throughout history.

The ceremony started with a Chinese "lion dance," and the first speaker was Chinese historian Connie Young Yu. She lamented that descendants of Chinese workers were hardly a part of the 100th anniversary celebration in 1969.

"Today we take this opportunity at the 150th to reclaim our place in history," Young Yu said. "To honor the courage, fortitude and sacrifice of the Chinese railroad workers and their legacy in America."

U.S. Transportation Secretary Elaine Chao commended the estimated 12,000 Chinese workers who "risked everything" to build what she called "one of the greatest infrastructure projects" in U.S. history that unleashed explosive economic growth.

Freeman Lee came from his home in Sacramento, Calif., to "feel the presence" of his great-grandfather, who was among the Chinese workers who helped build the railroad. He proudly pointed out a page dedicated to his great-grandfather in a souvenir magazine for the event.

"It's long overdue," Lee said about the recognition.

Bill Hanmer drove with his wife from their Middletown, Va., home to check off a bucket list item. The 73-year-old pilot and train enthusiast said he desperately wanted to attend the 100th anniversary event but couldn't afford it.

The couple woke up before dawn to be at the site by 6 a.m. to avoid getting stuck in long lines of cars that stretched for miles on a two-lane country highway that was the only way in and out.

"I've been waiting for 50 years to come back," Hanmer said. "It's a special event. It was a history-changing event." 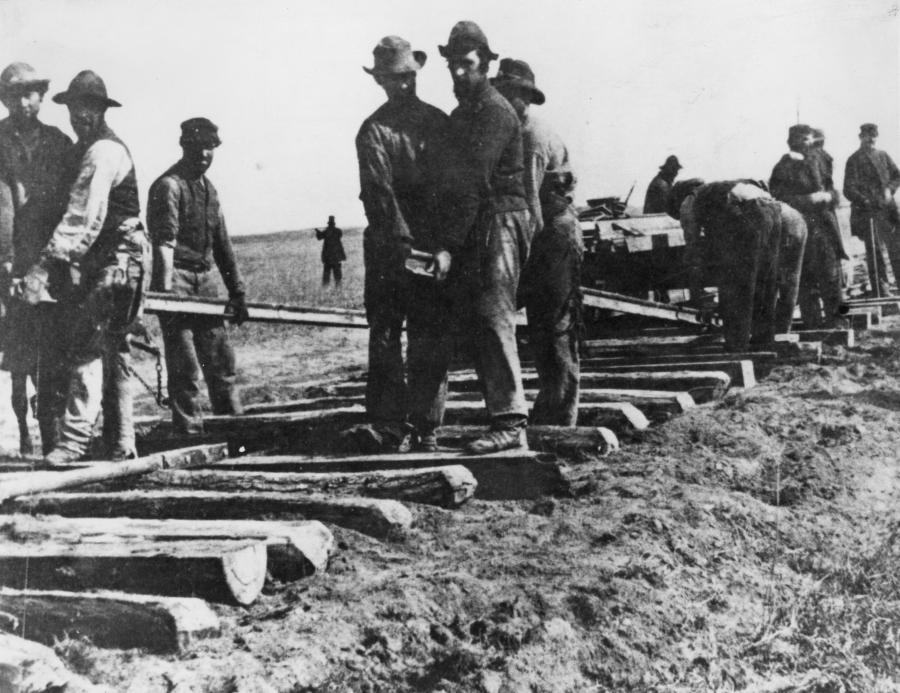 Irish immigrants helped build the Transcontinental Railroad from the east.

The laying of the final rails in 1869 triggered a famous telegraph that set off celebrations around the nation: "The last rail is laid. The last spike is driven. The Pacific railroad is completed. The point of junction is 1,086 miles west of the Missouri River and 690 miles east of Sacramento City."

The bells at Philadelphia's Independence Hall rang in celebration, a hundred guns were fired in New York, and American flags were hung in cities across the nation.

The golden spike included an inscription: "May God continue the unity of our country as this railroad unites the two great oceans of the world."

The railroad was built using horses, oxen, hand carts, wagons and the "brawn" of mostly Irish immigrants working on the Union Pacific portion that came from the East and mostly Chinese workers on the Central Pacific part that came from the West, said Westwood, the public historian. They worked day and night and risked their lives blasting through rocks and shoveling snow on frigid mountain peaks.

Westwood said the railroad was built by the "most discriminated and least appreciated people in America."

The epic construction project had a dark side, leading to the near annihilation of the bison, eventual loss of land for Native American tribes and the deaths of several hundred railroad workers, he added.

"It was a grand engineering feat," Westwood said. "It was a grand gesture to bind the nation after the Civil War, but it also was a story of human capital and what it took."