To help people understand the impact of a project they can’t largely see, the team has held 30 town hall meetings as part of its outreach program. 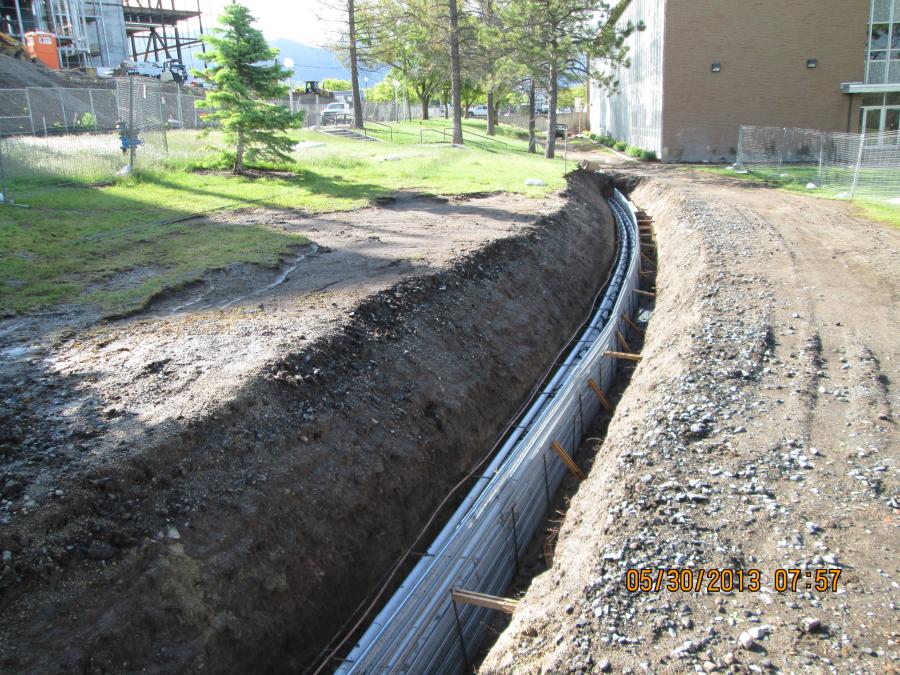 The University of Utah in Salt Lake is undergoing its third-highest construction peak, but it might be difficult to detect because much of the critical electrical infrastructure upgrades are underground or housed within buildings.

The state-funded project, budgeted at $99 million, is being paid for through capital development and capital improvement programs. Despite the hefty price tag, Shireen Ghorbani, who works in Organizational Development & Communication and Facilities Management at the University said, “There's no visible outcome.”

To help people understand the impact of a project they can't largely see, the team has held 30 town hall meetings as part of its outreach program. One important aspect conveyed in those meetings is the critical need for consistent power, driven by technological advances and growth on campus. The Critical Infrastructure Project is a crucial update to provide modern, safe, and reliable electrical service to campus buildings.

Early classes were held in private homes or wherever space could be found. The school moved to its current location near the foothills of the Wasatch Mountains in 1900, where it offers more than 100 undergraduate majors and 92 graduate degree programs. Considered Utah's flagship university, the U, which sits on 1,500 acres that include some natural land, is a public space-grant research facility.

The U hosted the Olympic Village during the 2002 Winter Olympics. Preparations for that event, including extensive renovations to the stadium, constituted one of its three peak construction periods. The school also added a light rail track connecting the campus to downtown Salt Lake City, a new student center, a 180-room hotel and conference center and new student housing.

But, said Ghorbani, some buildings have exceeded their life expectancy and the entire campus was in need of a sizable upgrade to electrical infrastructure and substations.

“The need was apparent for years,” she recalled. “We started talking about it in 2009 and began working on it in January 2013.”

Completion is expected later in 2016.

U Is for Upgrades

Three existing substations will be upgraded due to concerns about their age and compatibility with a risk management plan, lack of expansion room, security issues, their ability to meet standards of access and accommodate emergency equipment and lack of redundancy.

Once the work is completed, the campus will have new structures, circuit breakers and switch gear in expanded substations that offer improved safety and security measures and better access with the ability to accommodate emergency equipment.

“If there's an outage in one of the three substations now,” Ghorbani explained, “the other two can power the campus.”

Two substations also can run the university during maintenance of the third. This redundancy adds much-needed reliability.

General contractor Layton Construction also upgraded a series of transformers, replacing two with new energy-efficient transformers. The existing center for them is underground and outdated, Ghorbani pointed out, where they're often found in sewers and water.

“They will be moved to above-ground enclosures. It's safer,” she said.

That requires extensive trenching with heavy machinery. Fortunately, Ghorbani said, the trenches aren't “too deep” and last winter was mild, so the workers were able to carry on most of the winter, keeping the project on schedule.

“The most difficult part was going under the road by the stadium because it carries the train and cars,” she said.

Trenching under the electric train line with large-bore equipment also was necessary for another phase of the project: high-temperature water upgrades. The outdated steam heating system is being converted to an efficient high-temperature water system to heat the buildings instead of using boilers. Leaky pipes are being replaced with 6,000 ft. (1,829 m) of Thermacor Duo-Therm 505 process piping that require more than 500 pipe welds, which must pass X-Ray testing for high-temp and pressure systems.

The new equipment will convert high-temperature water to steam and heating water in U-stamped vessels at seven locations on campus.

One of the challenges of all the trenching is the soil type.

“We have a problem with rocks because we're in the foothills of the Wasatch Mountains,” Ghorbani said.

The university is located on the east bench of the Salt Lake Valley near the Wasatch range, just about 2 mi. (3.22 km) east of downtown Salt Lake City. Rocky soil has made boring difficult. In fact, the rocks in the soil near the stadium prohibited the use of a mechanical borer on two bores, forcing crews to hand-dig them.

In addition to the boring machine, crews used a backhoe, wire truck/puller, digger derrick and 10K forklift to complete the work. Mobile cranes were used as needed to place larger equipment and manholes.

The electrician has five crews of five to seven on site daily; the excavator usually has a five-to-six-man team working as needed.

To do so, they had to be taken offline temporarily. The project required several scheduled power bumps (short duration) and outages, most of which ranged between 4 and 12 hours.

“It affected large areas of campus,” she said. “Some areas had power outages for six hours; the longest outage was 12 hours. Most were night, on weekends or during school breaks, but we made sure there were no overnight power outages for student housing.”

The project team has been working with facility coordinators and building occupants to make sure key systems are on back-up power and that preparations are in place for planned outages.

“The challenge is working with researchers and 24-hour buildings,” Ghorbani said. “We are in direct communication with the buildings to find an agreement on times that still meet the needs of the building occupants. Core functions are maintained with back-up generators.”

The redundancy of back-up generators and the upgraded power supply are important because the on-campus hospital and research center require a stable power source. “A bump in power is detrimental,” Ghorbani stated. “The old system was outdated. This project will allow us to provide seamless and reliable power to the campus, significantly reducing unplanned power outages, and ensure the safety of the system.”

In order to ensure ongoing service, after upgrading the substations, the University took over responsibility for them from Rocky Mountain Power, which had owned and maintained some of them.

Power to the Future

The infrastructure project is in its last phase, with “micro crews,” as Ghorbani calls them, working on different aspects and finishing touches. Knowing how fast technology changes, local architectural firm Spectrum Engineering planned for future growth in order to keep the work being done now from soon becoming obsolete. They used a campus master plan for projected needs.