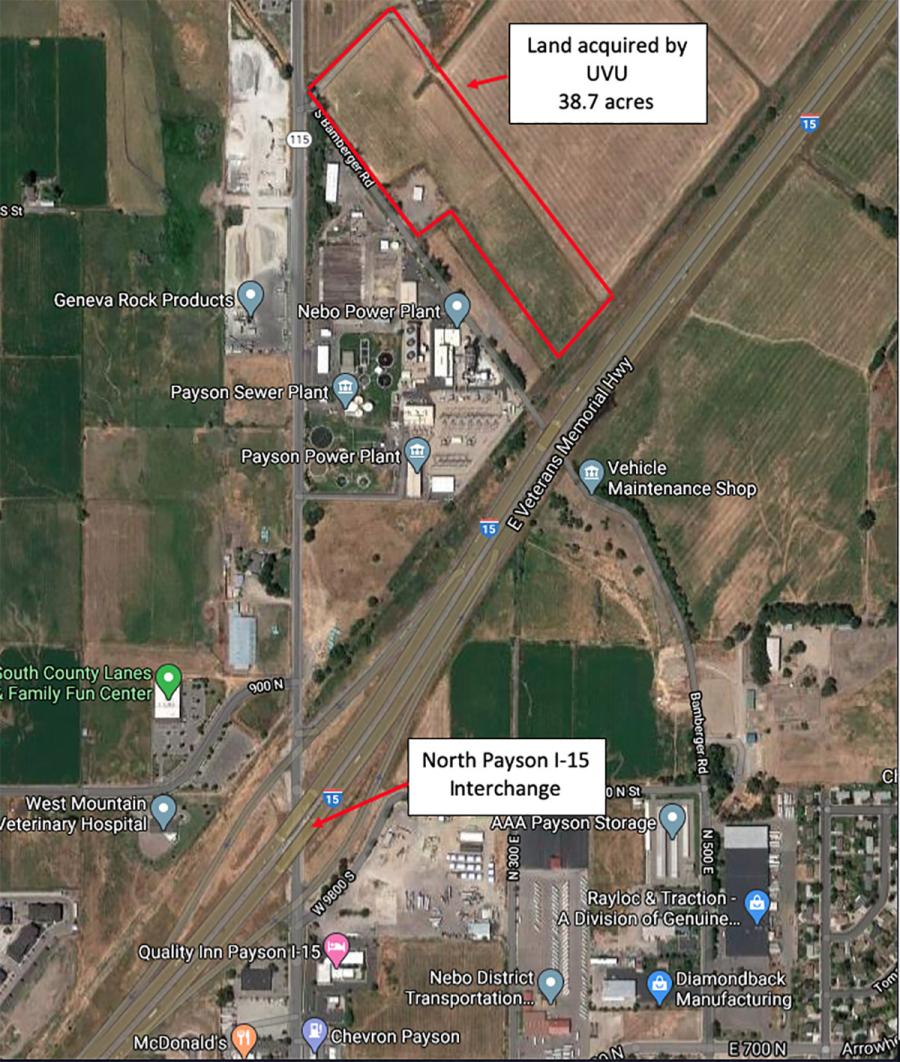 The location was chosen because of its proximity to a future FrontRunner station. UVU’s master plan places its Utah County satellite campuses near current and future public transportation hubs.

Utah Valley University (UVU) announced the acquisition of 38.7 acres of land on the northeast side of the I-15 Payson Main Street interchange for a future satellite campus.

The site is located northeast of the Payson power plant adjoining south Bamberger Road, and the construction timeline of the campus is still to be determined. UVU will work with local business and community leaders to establish the best educational programming to serve the residents of south Utah County.

"It is no secret that the south end of Utah County is growing," said Astrid S. Tuminez, president of UVU. "The acquisition of the Payson land demonstrates UVU's ongoing commitment to providing exceptional education in affordable and innovative ways in our service area. The campus will incentivize sustainable development, facilitate business and government partnerships, and serve our Utah citizens.

Payson is an ideal campus site for many reasons according to UVU, including its proximity to a future FrontRunner station. UVU's master plan places its Utah County satellite campuses near current and future public transportation hubs, making access easier and reducing traffic. It also will benefit from the Utah Department of Transportation's planned freeway interchange on the north end of Payson.

"I am extremely excited that UVU is building a campus in Payson," said Payson Mayor Bill Wright. "I attended UVU's forerunner trade tech, where I studied aircraft instrument repair, welding and computer science, and later received my emergency medical technician designation there. I have watched it grow from a small technical school to a first-rate college and eventually to a full-scale university. UVU has a stellar reputation, and we welcome it with open arms in Payson."