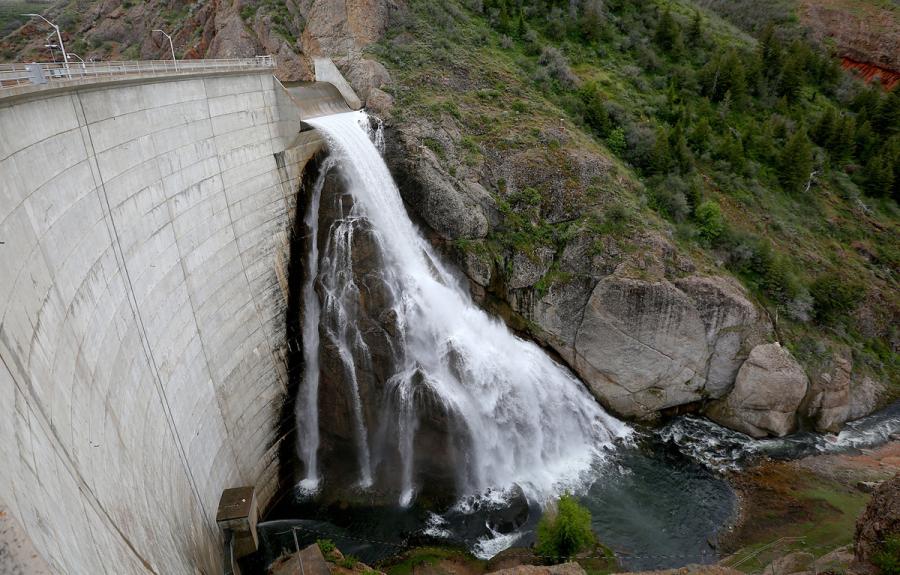 Herbert accepted the “Recommended Water Strategy” report that maps out a plan for using water over the coming decades in Utah, the nation's second-driest state.

Herbert offered high praise for the strategy's authors, calling their effort unprecedented and holding it up as a “model of cooperation and collaboration for the rest of nation.”

The 106-page plan stresses the importance of conservation and could herald an overhaul of the state's water-pricing structure.

It still calls for two expensive water projects, however. The plan recommends the construction of both the Lake Powell Pipeline and the Bear River Project, each estimated to cost more than $1 billion.

“Utah is not running out of water,” said Lynn de Freitas, a team member and executive director of Friends of Great Salt Lake. “I don't see the need, and I don't think the data justify the need, for those two projects.”

The Recommended State Water Strategy does urge that the state make efforts to conserve water before building either project.

The report offers 93 recommendations in its executive summary, grouped around 11 key questions, including how weather and a changing climate will affect future water supply and demand, and how the state can sustain water use for agriculture in the face competing water demands.

During Wednesday's ceremony, Herbert said he initially called for the creation of a statewide water management strategy because he believed it was necessary for Utah to analyze its future water needs before they reached a crisis level. A changing and variable climate will make water more difficult to come by, he said, and demand will continue to increase as the state grows.

“We have swings in climate,” Herbert said. “We have had drought in the past, and we will have drought in the future. We need to anticipate what that's going to be like in a fast-growing state.”

Utah's population is projected to double by 2060.