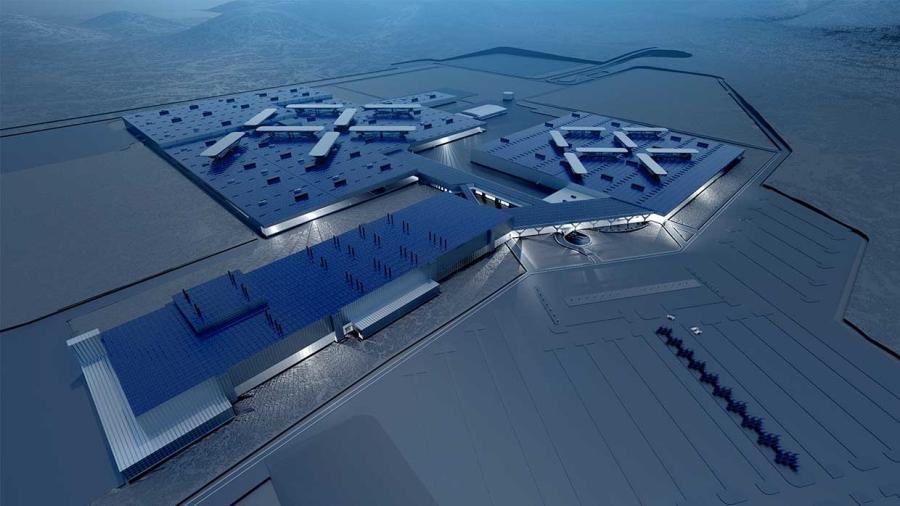 SAN FRANCISCO (AP) The city of Vallejo, which emerged from bankruptcy five years ago, is poised to get a big economic boost as plans to build a major plant for electric cars are rolling forward, officials said.

“When we first started marketing this property, our first objective was good-paying jobs with green technology and an employer willing and able to make the necessary investment,” Mayor Osby Davis said. “Faraday Future and its plans to make Vallejo its second manufacturing site and bring green technology to Mare Island checks all the boxes.”

The plant is expected create hundreds of jobs and to pump hundreds of millions of dollars into Vallejo. The city on San Pablo Bay, about 30 mi. (48 km) northeast of San Francisco, was once capital of California and a thriving naval center. But in 2008, this diverse working-class city had tens of millions of dollars in debt and filed for Chapter 9 bankruptcy protection.

Funds for paying benefits to current and retired city workers dried up; both the police and fire departments shrank by more than 40 percent; about 60 percent of city homeowners tanked on their mortgages, and storefronts went vacant. Unemployment spiked to 15 percent.

In 2011, a federal judge approved Vallejo's $50 million debt-restructuring plan, which included lower interest payments to creditors, leaner employee contracts and reduced benefits for retirees, who now must pay more for their health plans.

Since then, it has been slowly rebuilding.

“We anticipate that the project will create hundreds of construction-related, ongoing professional, and manufacturing jobs to local residents,” said Faraday Future spokeswoman Stacy Morris. “Additionally, the investment in our manufacturing facility, customer experience center, and business offices is estimated in the hundreds of millions of dollars. This includes investing significantly in the restoration and revitalization of the land surrounding the facility.”

Headquartered in a low-profile office just south of Los Angeles, Faraday is holding a lot of details about the project close. Though it won't confirm the source of its funds, documents filed in California point to a parent company run by Chinese billionaire Jia Yueting, who styles himself after Apple's late Steve Jobs. It employs about 760 people in the United States.

Last month, the upstart electric car company marked the start of construction on a planned $1 billion Las Vegas-area production plant, where they hope to have the first vehicles rolling off the assembly line by 2018.

Faraday Future puts the size of that facility at 3 million sq. ft. (278,709 sq m), or nearly the size of the sprawling Las Vegas Convention Center close to the Las Vegas Strip. The company promises an automated “highly connected and environmentally friendly” plant that will emphasize energy efficiency and modern design.