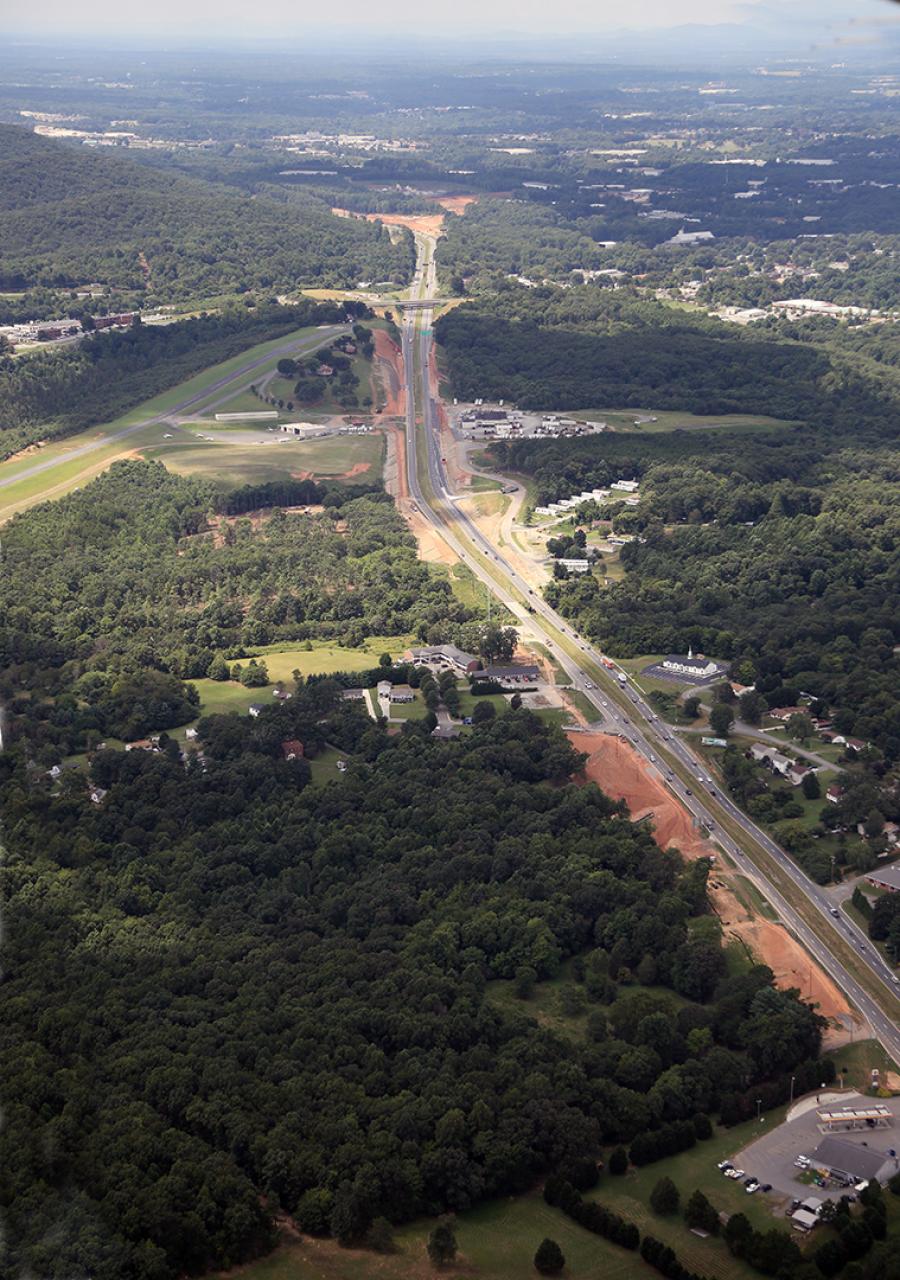 Haymes Brothers Inc. photo The Virginia Department of Transportation (VDOT) is currently working on improvements to a road corridor in the Lynchburg, Va., area.

The Virginia Department of Transportation (VDOT) is currently working on improvements to a road corridor in the Lynchburg, Va., area.

The project began on Jan. 25, 2016, and the contract completion date is Nov. 16. The contract value is $8.4 million and the contract was awarded to Haymes Brothers Inc., where Charles (Chuck) Haymes serves as president. Work is currently on schedule, and funding is reportedly coming from 80 percent federal sources and 20 percent state sources.

The primary purpose of this project is to provide additional safety improvements on the Route 460/29 corridor from Route 501 (Campbell Avenue) to Route 29 (Monacan Parkway) through the implementation of access management strategies from the intersection with Route 501 to Poston Street.

According to Paula K. Jones, communications manager of the Lynchburg district of VDOT, there are several challenges involved with the project, including high traffic volumes with lane closure time restrictions to avoid peak hours, a narrow footprint within which to work and the relocation of water line facilities requiring temporary shutdowns and close coordination with the city of Lynchburg, which is the owner of the water line facilities.

Other issues noted include maintaining safe and continuous ingress/egress for residents and businesses within project limits, the requirement to perform major grading/road building that normally isn't attempted at night due to lane closure restrictions and work being done nearly 24 hours per day for most of the project.

“This roadway segment lies between two limited access sections of Rte. 460/29,” Jones said. A review of traffic data showed a significant increase in vehicular accidents along this segment after the opening of the US 29 Bypass (Monacan Parkway). Because it was not economically feasible to acquire the right of way necessary to reconstruct this segment as a limited access facility, an access management approach is being implemented to improve safety.”

Jones said that during Phase II, which is currently under construction, safety improvements will be realized by reducing speed differentials in the travel lanes and limiting turning movements and conflict points which have contributed to increased traffic crashes since the opening of the Monacan Parkway.

“This will be accomplished by constructing auxiliary lanes so traffic entering or leaving Route 460/29 will have dedicated lanes in which to accelerate or decelerate to and from highway speeds; reducing and/or relocating private and business entrances; constructing right turn lanes at Falwell Airport and Templeton's Market; and constructing a new access road off the auxiliary lane for access to Truck Body Corp. and residents in or near the adjacent trailer park,” she said.

The major subcontractor for the project is Boxley Asphalt LLC. Boxley is currently performing work on numerous construction and maintenance contracts throughout the region, according to Jones. She noted that project work is being done by typical earthwork and paving equipment.