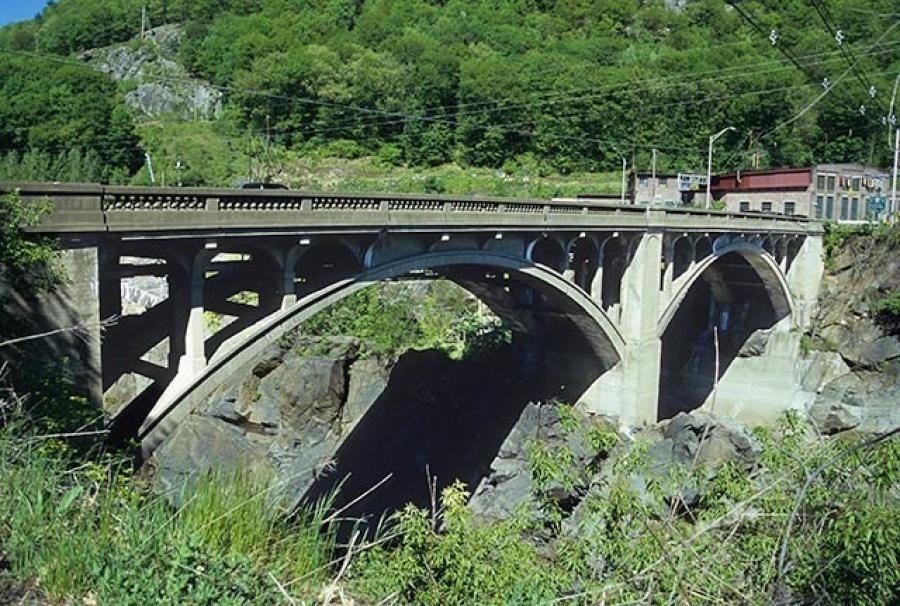 The bridge over the Connecticut River links the village of Bellows Falls, Vt., with Walpole, N.H. (Wikipedia photo)

ROCKINGHAM, VT. (AP) A Vermont town plans to appeal to the state's congressional delegation to try to get a bridge between the state and New Hampshire repaired and reopened.

The Rockingham Select Board agreed to contact the delegation to pressure New Hampshire officials to honor a 1994 agreement to maintain the bridge, Board chairwoman Susan Hammond told the Brattleboro Reformer.

The bridge over the Connecticut River links the village of Bellows Falls, Vt., with Walpole, N.H.

The New Hampshire Department of Transportation closed the historic 1930 bridge in March 2009 after an inspection found deterioration in its deck.

New Hampshire, which owns 90 percent of the bridge, previously has not committed to a timeline for repairs. A bridge to the north has carried traffic between the states.

Rockingham worries that the continued bridge closure will restrict redevelopment of part of the village of Bellows Falls called the Island, consisting of a portion of land along the river, town manager Wendy Harrison said.

Rockingham and Bellows Falls officials have been calling for bridge repairs for years, hoping that New Hampshire will allocate funding for the project. Deborah Wright, president of the Bellows Falls Village Board, said she found an old document in which New Hampshire agreed to maintain the bridge as part of an agreement dealing with another bridge in Newport, N.H.