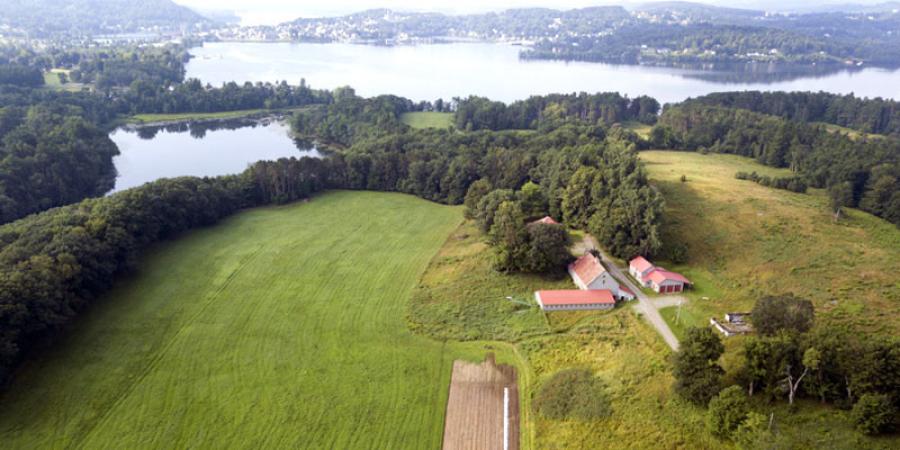 Construction in Newport, Vt., is set to start this fall on a year's long, $1.3 million project to connect a historic lakeside farm, the city's beach and several miles of bike paths. The effort — which will link Bluffside Farm, Prouty Beach, the Newport Recreation Path and the Beebe Spur rail trail — is a key piece of the city's plan to center its economy on outdoor recreation in the Orleans County community.

"This is uncharted territory for the City of Newport," explained Laura Dolgin, city manager.

In 2015, the Vermont Land Trust bought Bluffside Farm from the Scott family, which had owned it for five generations, and opened it to the public. The 129-acre property on the shores of Lake Memphremagog is the largest remaining agricultural site in the city.

A few months after the purchase, residents proposed rebuilding a bridge that had once connected the property with Prouty Beach, the municipal park, said Tracy Zschau, the land trust's vice president of conservation.

That idea spawned another: Using the bridge to connect the city's existing downtown bike trail, the Newport Recreation Path, with the one that stretches from the north side of Newport toward the border with Canada — the Beebe Spur rail trail.

The result would be a 7-mi. path that cyclists could take from downtown Newport along Lake Memphremagog and then on to Canada.

"The idea of this recreation link and what it could mean for Newport" drove the land trust and other partners forward, Zschau said.

In recent years the city has pivoted to its greatest natural asset — Lake Memphremagog — and sought to establish itself as a destination for outdoor recreation. Supporters of the Newport City Council's decision in January to open some municipal roads to all-terrain vehicles cited the same strategy.

The 31-mi.-long Lake Memphremagog stretches north to Magog in Quebec. More than 70 percent of the lake and 15 of its 21 islands are in Canada. Five islands are in Vermont, and one staddles the international border.

Both the land trust and the city have received numerous grants for the recreation-trail project, which was initially estimated to cost $1.2 million, Zschau said. Those included nearly half a million dollars from the federal Northern Border Regional Commission in 2017, and $35,000 in 2019 as one of the two inaugural community awards from the Vermont Outdoor Recreation Economic Collaborative, an initiative launched by Gov. Phil Scott.

The latter grant went to Newport to redevelop Prouty Beach, including constructing the path toward the bridge that needs rebuilding. The path swirls down toward the waterfront and is partly done, said Dolgin.

She envisions a future bike ride along the trail: "You're on the shore of the lake, and each view is more stupendous than the one before."

Zschau said more money needs to be raised for the project. The initial cost went up to $1.3 million because of features not included in the original feasibility study, such as a small parking lot and a wetland restoration project.

Zschau said construction will likely be split between the fall and next spring, with work beginning on a trail that would lead to Scott's Cove on Lake Memphremagog — where the rebuilt bridge will eventually sit.

Both she and Dolgin are excited that the project could attract more tourists — and residents — to the city.

"There's real momentum right now to look to the lake and really embrace it," Zschau said, "both for the health and well-being of locals as well as something to market for new business and visitation."