Terex Cranes refers to the CTT 162-8 as a new crane generation. 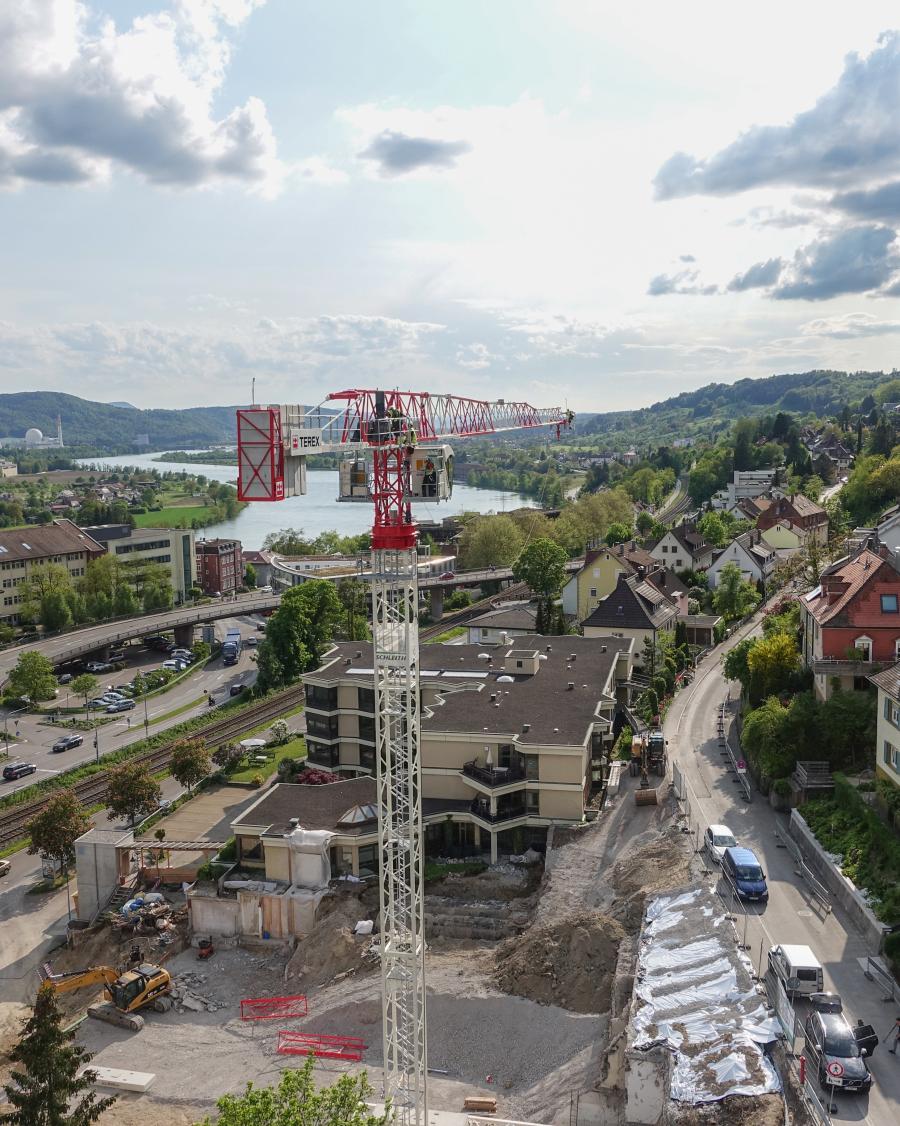 The Terex CTT 161 tower crane had more than proven its worth during the first stage of new construction for the Matthias-Claudius-Haus nursing home in Waldshut, Germany, so Waldshut-Tiengen-based construction company Schleith insisted on the use of a Terex crane for the second stage of construction as well. The subcontractor in charge, Lörrach-based Meier-Krantechnik, complied with the request and proceeded to order a Terex CTT 162-8 tower crane, the successor to the CTT 161.

“That was the first project where they'd be using the new crane, so we made sure to be there at the work site with our own assembly team in order to provide guidance and support,” said Jörg Körtgen, sales manager of Terex Cranes.

The reason why this was important was that the CTT 162-8 crane, which was just launched in mid-2015, offers a series of new features and enhancements in comparison to its predecessor. Accordingly, Terex Cranes refers to this model as a new crane generation.

The CTT 162-8 crane is a flat top tower crane with an 8.8-ton (8 t) maximum-capacity winch. It rests on a 15 ft. (4.5 m) cruciform base, and its typical applications include not only residential and commercial construction, but also industrial and bridge construction, making it an extremely versatile all-rounder.

“We ordered the crane with a 180-foot jib length configuration and erected it with a hook height of 111.5 feet for the project in Waldshut, which was necessary due to the site's hillside position,” explained Martin Käser, construction manager of Schleith.

The range of tasks that the tower crane takes care of at the work site ranges from the material handling work that is typical of work sites and involves moving concrete, formwork and iron to removing excavated material to moving mini-excavators and other machinery.

“With its maximum capacity of [9 tons], the crane is so powerful that we don't need to use a mobile crane at all, which makes the CTT 162-8 extremely cost-effective. In fact, it's even able to lift large precast concrete components without a problem,” said Thomas Meier, general manager of Meier Krantechnik.

“The CTT 162-8 tower crane is the real deal — a true [176-ton] crane that can lift at the tip exactly what the specifications say,” said Jörg Körtgen, getting right to the point.

As far as he is concerned, the CTT-162 crane represents a quantum leap in engineering — and he can prove it. When directly compared with its predecessor, the new machine offers at least 220 lbs. (100 kg) more capacity along the entire length of the jib, and it also features a hoisting winch that is faster by a good 30 percent. In other words, the new crane makes it possible to lift a considerably higher number of loads per day.

And that is only the beginning. The crane comes with a large series of upgrades. These include, for instance, a new cab, extremely weather-resistant stainless steel control panels, and a remote assistant service that enables the customer and Terex to run remote diagnostics worldwide, ensuring that when a customer runs into an issue, it will be fixed as quickly as possible.

All these features won the customer over as well.

“If you asked me to describe the crane in just a few words, I would say it's simple, practical, and good,” Martin Käser said.

Admittedly, however, that was the very outcome he was already expecting.