A new Royal Caribbean cruise terminal will bring world’s largest cruise ships to PortMiami, thanks to a partnership between the line and Miami-Dade County. 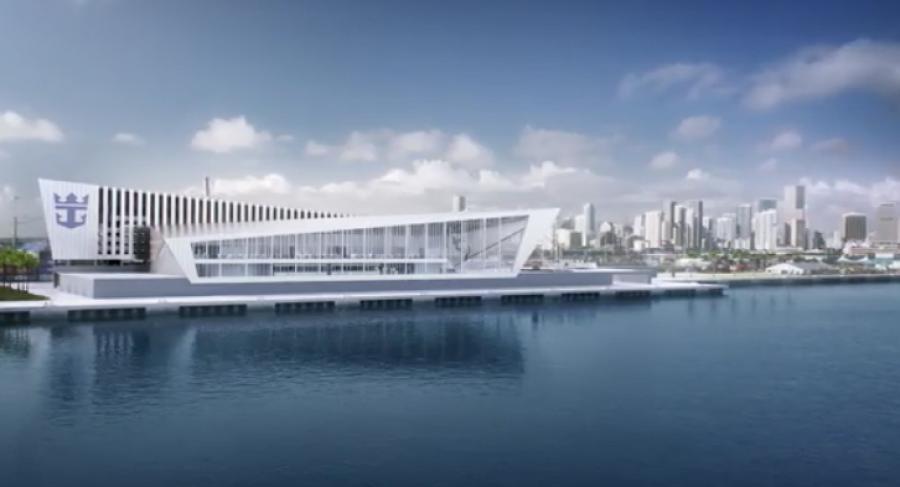 For nearly a decade, the cruise capital of the world has been unable to host the largest cruise ships in the world. But all that is about to change.

Royal Caribbean Cruises and Miami-Dade County announced Tuesday night that they have reached a deal to build one of the biggest cruise terminals in the country at PortMiami, a move that will — finally — bring Royal Caribbean International's massive Oasis-class ships home.

The Miami-Dade County Commission must vote on the deal before it becomes final. The county will pay $15 million for surface and road work to connect the new terminal to the other cruise terminals, a small percentage of the $247 million project that will be otherwise financed by Miami-based Royal Caribbean. The deal will also bring the county $7.5 million in annual rent.

For PortMiami, the agreement signals the achievement of a longtime hope that the port would one day accommodate the 6,000-plus passenger ships, said port director Juan Kuryla. The two current Oasis-class ships sail from Port Everglades in Fort Lauderdale, which opened a new facility to host the ships in 2009.

Royal Caribbean's third ship of the same class and the largest vessel in the world, 6,780-passenger Harmony of the Seas, will also sail from Fort Lauderdale in November.

“You don't know what you have until you lose it, but now we got it back so we definitely know what this means,” Kuryla said. “It was very tough not seeing the largest ships in the world coming to PortMiami, as had typically been the story.”

The Miami-Dade County Commission will vote on the arrangement July 6, but County Mayor Carlos Gimenez said he doesn't expect it to face opposition.

Terminal A, as the facility would be called, would house an angular, glass center and a connected parking garage with about 1,000 parking spaces at the northeastern side of the port, designed by global architecture firm Broadway Malyan. The new terminal is set to open in late 2018.

Once completed, the terminal will serve the dual function of helping alleviate pressure on the county-owned port, which is about $1.1 billion in debt. Royal Caribbean is set to pay PortMiami $9.5 million in rent payments a year, amounting to $7.5 million in net profit after deducting revenues from cargo land rental and expenses from the terminal's construction.

“It's going to contribute significantly to our bottom line,” Kuryla said.

The dock at the proposed Terminal A would have space for a 1,300-foot long ship (the Oasis ships are nearly 1,200 feet long). Royal Caribbean's current PortMiami dock at Terminal G only fits ships that are about 1,000 feet long.

The cruise line hasn't yet announced which Oasis ship or ships will port at Miami's Terminal A. Itineraries beginning in Fort Lauderdale are already set through April 2018. It is unclear how many Oasis-class ships will continue sailing from Port Everglades once the Miami terminal opens.

The new mega ships are expected to attract an additional 1 million travelers to PortMiami, for a total of 1.8 million Royal Caribbean passengers a year. Royal Caribbean would then be responsible for more than 30 percent of traveler traffic to the port, up from 15 percent currently.

The county estimates the project will create 4,000 jobs and $500 million in annual economic impact to the area. Kuryla said several hundred of those jobs would likely be at the terminal, but most will result from the “domino effect” of having an Oasis ship in port.