A newly-released video offers a look back at a unique project. 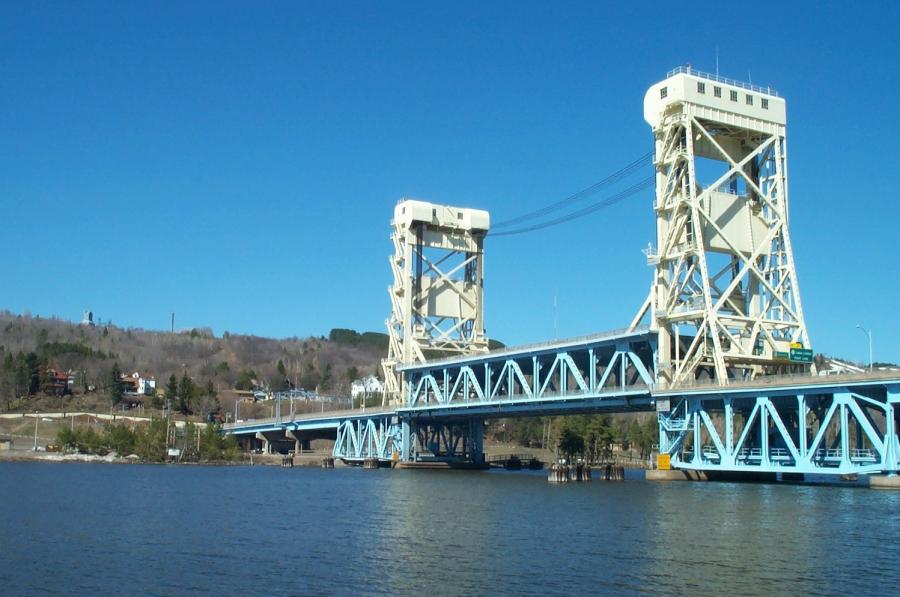 The Portage Lake Lift Bridge in 1999.

HOUGHTON, Mich. (AP) - A documentary detailing the 1950s construction of the double-decked Portage Lake Lift Bridge in Michigan's Upper Peninsula has been digitized and is available online.

The Michigan Department of Transportation film titled “Keweenaw Crossing: Michigan's Elevator Bridge” details the engineering challenges of building the span, which connects the cities of Hancock and Houghton and offers access to the Keweenaw Peninsula.

John Michels, one of the original engineers, says the documentary was filmed by Bruce Deter, who also worked on the project as a concrete plant inspector.

A recent $8.4 million MDOT project was designed to keep the bridge working well. The project included upgrades to the bridge's mechanical and electrical systems, along with concrete and steel structural improvements. It was one of the biggest overhauls since its construction.