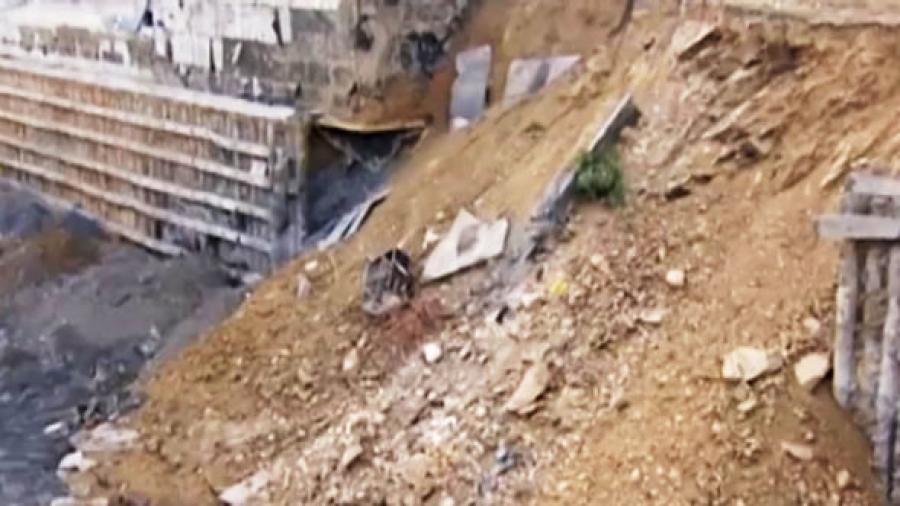 No one was killed or injured in the mishap, which was captured on video by the workers.

Workers in Istanbul, Turkey were forced to run for their lives as a 100-foot wall suddenly came crumbling down, triggering a deadly landslide.

The website Express is reporting that incredibly, no one was killed or injured in the mishap, which was captured on video by the workers.

In the clip, workers can be heard shouting: "Leave the area. Run away, faster, faster get out of there!"

The footage quickly went viral after being uploaded to social media.

Workers at the construction site in the Basaksehir district reported hearing a noise shortly before the wall came down.

People had been working both at the top and at the bottom of the wall, but the workers added the ominous sound had given them time to escape what could have been a deadly incident.

One worker said: "First, there was a loud noise and then the workers started running away as the wall started to shake."

While another added: "We heard a noise while we were working.

“We looked up and realized the wall was collapsing. The air was full of dust and then there was a landslide."

The shocking collapse of the wall has been blamed on two days of heavy rain which softened the ground under the wall.

Turkish authorities are said to be investigating the incident.