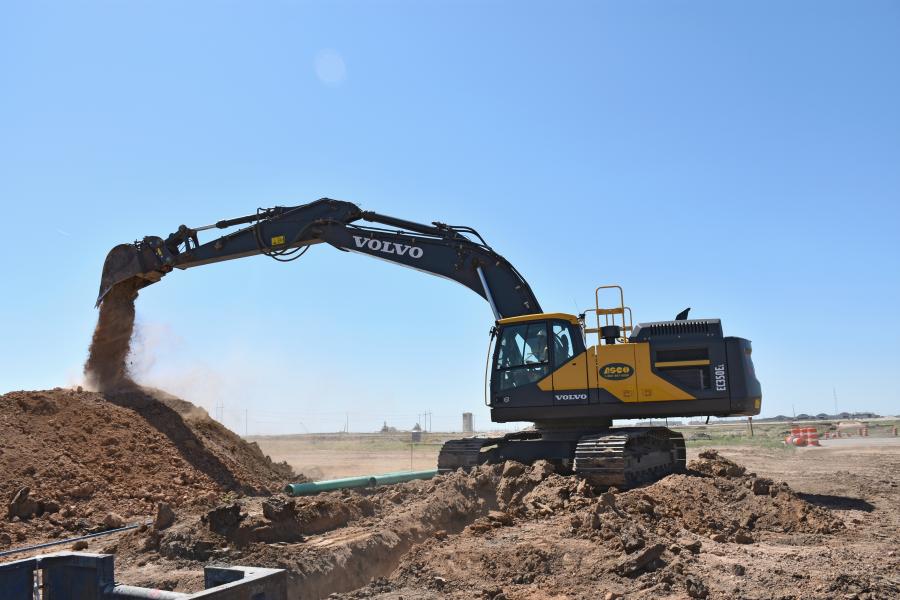 Amarillo, Texas, sits in the crosshairs of America's Routes 40 and 287, and is a waypoint between Albuquerque, N.M., and Oklahoma City, Okla. The area is rich in cowboy culture and mementos of its Route 66 heyday, best symbolized by the Cadillac Ranch, located just west of the city.

But beyond the tourist attractions, the semi-desert region of high plains in which Amarillo is located is the sunbelt of the south. The average annual rainfall is less than 20 in. and the heat is often upwards of 110F (43C).

With a number of droughts in recent years, water is in short supply. Lake Meredith, one of the city's main water sources is dwindling, placing greater demands on the Ogallala aquifer, the vast underground reservoir that supplies Amarillo's 190,000 residents.

As a conservation effort, the city recycles effluent and sells back more than 4 billion gal. (18 billion L) each year to regional electric utilities as cooling water for generators. Recently, the Potter County Wellfield — the first major wellfield since 1956 — was drilled, bringing water to Amarillo to help sustain residential and commercial growth.

Working for the city is Amarillo Utility Contractors, a water and sewer construction company. Established in 1999 by Monte Taylor, the company has a reputation in the Lone Star state as a wet utilities specialist for many high-profile projects. Recently the company replaced 17,000 ft. (5,181 m) of 30 in. (76 cm) sewer main that was 36 ft. (11 m) deep to serve future expansion west of Amarillo.

"When I started the company, our projects were relatively small and shallow," Taylor recalled. "Over time, we've taken on more challenging projects."

This kind of work is not without its difficulties. Unearthing, removing and replacing the cracked clay mains means cutting into streets and navigating a maze of other pipes and underground infrastructure.

To match the deep trenching and large pipe requirements of urban projects, Amarillo Utility Contractors decided that it needed to upgrade its fleet.

The Volvo excavators are proving popular with Amarillo Utility Contractors.

"The EC350E is the right size for 95 percent of all projects," Taylor said.

"We can now go to depths of 24 ft. and dig within 15 ft. of the machine without compromising trench stability," explained Mike Nail, company superintendent. As a result, "We've reduced excavation time significantly," he added.

"The ability to bolt together parts on the ground and lower them in one piece, versus placing each individually speeds us up tremendously," said Nail.

Ensuring the machines are working at optimum levels is ASCO Equipment.

"They have provided stellar support for the Volvo machines and existing equipment from other manufacturers," said Taylor.

"The daily maintenance is simpler and faster," said Nail. "The single cabin air filter can be easily accessed and doesn't require us to remove panels," he added.

In addition to simple servicing, it is important for the operators to enjoy using the using the Volvo machines.

Operator Rusty Wilkinson speaks from experience. "I like the Volvo controls because they're responsive. The cab is also comfortable to sit in for eight to 10 hours a day," he said.

According to the company, the Volvo additions are popular and productive. On average, the Volvo EC350E can trench, place and backfill 1,800 ft. (550 m) of pipe each day. And, since the punishing drought shows no signs of abating, the new infrastructure projects will serve to replenish the parched land and the city of Amarillo. Texas,c may have been built on oil, but water will certain carve its future.