The announcement of the industry’s first-ever real-time density mapping technology at World of Asphalt 2015 generated a lot of industry buzz. 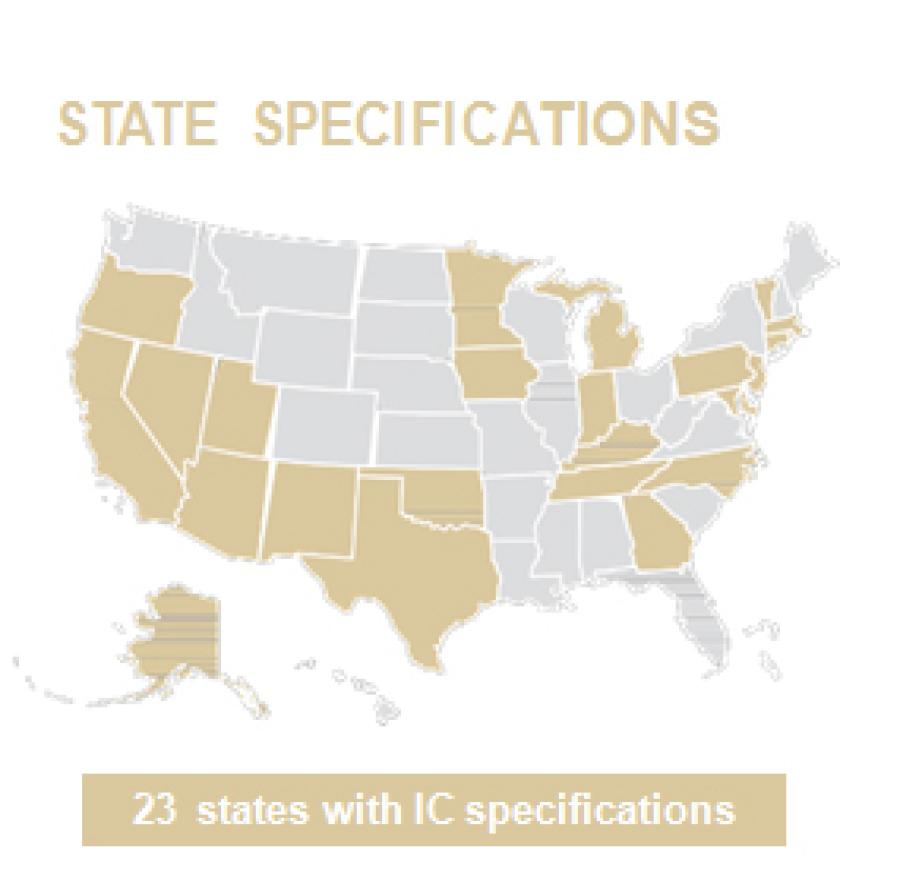 Until a state has a written specification that results in jobs with IC as a requirement, the responsibility of educating and showing the technology’s value largely falls in the hands of OEMs and equipment dealers.

The announcement of the industry's first-ever real-time density mapping technology at World of Asphalt 2015 generated a lot of industry buzz. One year later, many are curious to see how the technology's acceptance is progressing. Here's a look at how we got here, what factors are influencing adoption, and what lies ahead for both Volvo and IC as a whole.

2006: FHWA devotes money from the Transportation Pooled Fund (TPF) to a multi-year study involving tests conducted with IC systems from multiple manufacturers using intelligent compaction measurement values (ICMV) — a measure of stiffness that aims to make a real- time correlation to density. This program lasts until 2011.

2008: FHWA awards University of Oklahoma a $200,000 grant to study a technology (eventually known as Density Direct) that uses an alternative method of calculating real-time density. Testing over the next several years demonstrates a proven correlation to in-place core density samples to within 1.5 percent accuracy.

December 2014: FHWA releases “A Study on Intelligent Compaction and In-Place Asphalt Density,” which is the result of the aforementioned TPF-funded testing program

DD110B, DD120B, and DD140B. Training courses on the technology are incorporated into Volvo Road Institute, and Volvo begins participating in multiple FHWA- hosted IC workshops throughout the country.

March 2016, World of Asphalt: Volvo launches the DD105 double- drum compactor — the company's fourth IC-capable roller. After five months on the market, Volvo IC with Density Direct has been accepted by the majority of states with written IC specifications.

In an era when density and smoothness specifications are becoming increasingly stringent, paving contractors who have had exposure to IC undoubtedly see the value. Ultimately, however, a state specification is the typical driver of whether

or not a contractor seeks out IC technology. Until a state has a written specification that results in jobs with IC as a requirement, the responsibility of educating and showing the technology's value largely falls in the hands of OEMs and equipment dealers.

“The specification in Texas currently only applies to soil compaction, which isn't directly driving adoption of the technology for use on asphalt jobs, but it's definitely increasing awareness and familiarity among contractors. We've been conducting a lot of jobsite demos with our customers, and they see the value. The most recent Density Direct demo we conducted at a customer jobsite showed the real-time density readings to be accurate to within less than 1 percent

of actual in-place core densities. The reaction has been very positive, and we have a number of customers looking to possibly integrate the technology into their next roller purchase.”

“Without the written specifications mandating the use of IC, we're easing our customers into intelligent compaction with the Volvo IC base system that includes pass counting and temperature mapping. When we demo the system,

it's like an aha moment for the customer. We'll have them run a couple of passes with the system on, then we'll

ask them to keep running with the screen covered up. When we go back and look at it, they've almost always missed a couple spots. So, it's a no-brainer for them

after they see the results. So far, almost all our customers who have purchased these new rollers from us have equipped at least one, usually the breakdown roller, with Volvo IC. When Missouri and Illinois come out with their specifications, that's when we'll really start promoting the full system with Density Direct.”

As the list of states with written IC specifications continues to grow, so too is the list of training opportunities for contractors looking to get up to speed in order to be in consideration for IC-required jobs.

A series of intelligent compaction data management (ICDM) workshops are being hosted throughout the country. Visit IntelligentCompaction.com for a list of upcoming events.

professionals now includes hands-on courses on the use of IC and Density Direct. Visit RoadInstitute.com for upcoming events.

Contact your local Volvo dealer to ask about getting a demo on your jobsite.