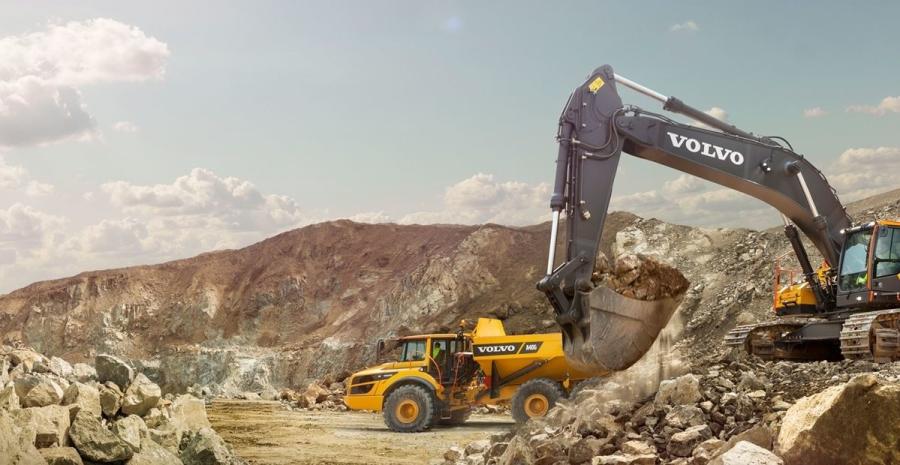 Deliveries increased by 17 percent, to 16,861 machines in the third quarter.

Helping parent company The Volvo Group to its best ever third quarter results, Volvo Construction Equipment once again posted a strong set of figures during the period. Good demand for its competitive products in most markets helped drive sales growth of almost a quarter, coupled with strong profitability.

Net sales in the third quarter increased by 24 percent to $2 billion. Operating income was also up, rising to $286 million, up from $224 million in the corresponding period in 2017. This again delivered a yet stronger operating margin of 13.9 percent. Profitability was positively impacted by higher equipment and service sales, improved capacity utilization in the industrial system and good cost control.

Net order intake in the third quarter increased by 22 percent compared with the same quarter in 2017. This increase was largely driven by higher intake from China and particularly Europe, which saw order intake jump by 53 percent, thanks in part to large rental orders for compact machines. North American orders also grew strongly, rising 47 percent, propelled by medium and large machine sales, and South America also saw order intake rise by a fifth.

Deliveries increased by 17 percent, to 16,861 machines in the third quarter.

Up to the end of August the European market was up 11 percent, driven by growth in Russia and stable demand in Germany, the UK, France and Italy. North America saw an increase of 19 percent over last year, thanks to demand for excavators, haulers, large wheel loaders and road equipment. The South American was up a quarter from the low levels of last year, buoyed by a stronger market in Brazil. In Asia (excluding China) the total market was 13 percent above last year. The Chinese market was 42 percent above last year, albeit with a slowing trend as the year progresses.

“It is encouraging that we have been able to sustain the strong development of recent quarters, with both sales and profitability being above the levels of last year,” said Melker Jernberg, president of Volvo Construction Equipment. “Good demand in most markets for our range of competitive products helped to deliver yet another strong set of figures.”