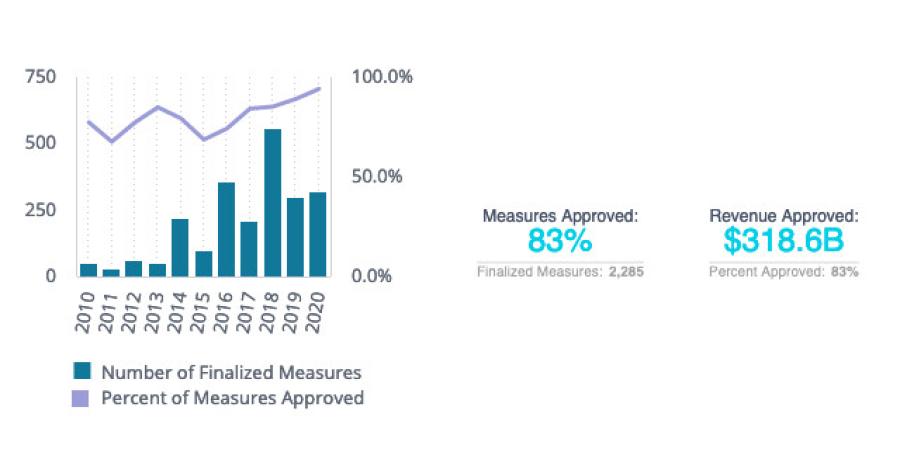 Voters in 18 states have approved a record 94 percent of state and local ballot initiatives to date, providing an additional $14 billion in one-time and recurring revenue for transportation improvements throughout the country, according to an analysis by the American Road & Transportation Builders Association (ARTBA).

Results were still pending for some measures at press time, but the analysis by ARTBA's Transportation Investment Advocacy Center (ARTBA-TIAC) indicates voters Nov. 3 approved 303 of 322 initiatives, the highest approval rate in the 20 years ARTBA has been tracking initiatives.

Among the notable findings:

Historically, most transportation measures are placed on the ballot in even-numbered years when congressional or presidential elections drive higher turnout. This year, the impacts of COVID-19 caused several notable measures to be dropped. These included measures in the California's Bay Area, Sacramento and Riverside counties that were expected to raise more than $100 billion in revenue over the next 40 years. Proponents are expected to try again in the next election cycle.

The approved 2020 measures will support $12.7 billion in new transportation investment revenue and $1.3 billion in continued funding through tax extensions, renewals or protections.