Voters Will Have Say on Sales Tax in Nov. 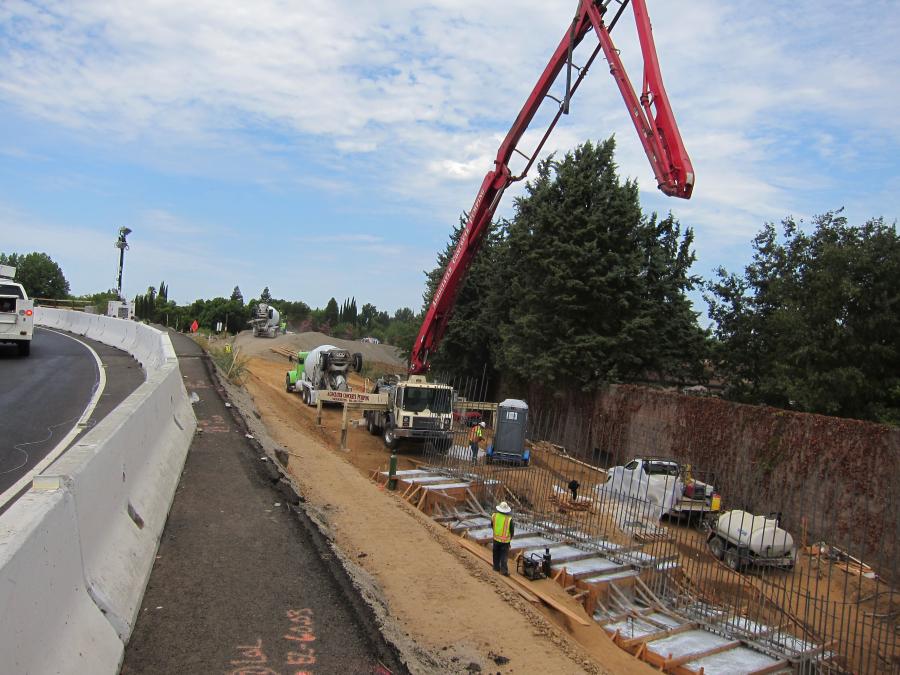 With input from city and county engineers, planning staff and members of the community, the authority developed a wish list of projects to reduce traffic congestion and adjust to future growth.

County officials began planning major transportation projects three years ago. They determined that a supplemental sales tax was the way to cover needed road work in the long term.

Sacramento County is a Self-help County in which its residents can choose, by a two-thirds public vote, to tax themselves to implement their community's transportation agenda.

On April 29, the transportation authority approved an expenditure plan that sets priorities and provides funding for various modes of transportation. The plan states that 70 percent of revenue would be allocated to local roads and transit capital, operations and maintenance and two major regional highway traffic relief projects.

One of the highway projects is to widen the Capital City Freeway (Interstate 80 Business) including widening of the freeway bridge over the American River in Sacramento. Crews would add a new bus-carpool lane in each direction from J Street to Watt Avenue.

“There would also be widening for a series of auxiliary lanes and transition lanes in the same area,” said Dennis Keaton, public information officer in Caltrans' Sacramento office.

Construction of wider shoulders to handle stalled vehicles is reportedly part of the plans as well.

In addition, a bike and pedestrian travel-way would be built on the bridge over the American River, separated from cars. It would connect to existing bike trails on both sides of the river.

Complete Streets are streets designed and operated to enable safe access for all users, including pedestrians, bicyclists, motorists and transit riders of all ages and abilities.

Transportation sales tax allocation to the Capital City Freeway project is $200 million. Spencer noted that the allocation is local funding and matching dollars from state and federal sources would complete the funding.

The project is considered vital because the Capital City Freeway has become one of the busiest routes in the Sacramento area.

The other major regional highway project is known as the Capital Southeast Connector. The connector is a planned 35-mi. (56 km) parkway that will stretch from Interstate 5, south of Elk Grove, to Highway 50 in El Dorado County.

It would contain two to three lanes in each direction.

Sales tax allocation would be $125.26 million. Estimated total for the project is $456 million.

A small portion of the connector is in El Dorado County, so funding for that portion comes from sources other than the proposed local tax.

The plan for the connector, which would run mostly along the alignment of existing Grant Line and White Rock Roads, is to link communities in El Dorado and Sacramento counties with Folsom, Rancho Cordova and Elk Grove in order to reduce congestion and spur economic investment. The connector would help relieve congestion on two-lane roadways that currently serve the corridor.

The Capital Southeast Connector is expected to have a significant impact the area's economy and job picture. Its construction is forecast to create more than 5,400 new jobs, add $831 million in economic output and provide $23 million in new indirect business tax revenue. Regional labor income should jump by $310 million.

The Capital Southeast Connector project is managed by a joint powers authority that includes El Dorado and Sacramento counties and the cities of Elk Grove, Folsom and Rancho Cordova.

Spencer said the amount of money allocated to each city is driven by population and need. Part of the need is operation and expansion of transit systems.

Much of the initial rail line work would be on a new multi-use bridge over the American River.

The bridge would link Natomas and downtown. In addition to serving light rail, the bridge would provide a Truxel Road crossing for cars, bicycles and pedestrians.

No predictions have been made on when the proposed projects might start. But if the ballot measure is approved, project-specific design and environmental work for major road and bridge projects could begin fairly soon, Spencer said.

The project expenditure plan requires that 75 percent of funding for the first five years be reserved for “Fix it First” projects including road, bridge and infrastructure repairs. Potholes would be filled in and some streets repaved under the plan.

Many of the infrastructure repair jobs would be able to start right away.

“Investing in road repair and Fix it First projects is critical, especially as federal and state funding has become more limited,” said Kerri Howell, Folsom City Councilmember and chair of Sacramento Transportation Authority, in a release.

She said it is important to ensure funding for the public transit system is available as well.

But construction start of major highway projects may not be too far down the road.

If a project is in an area where roads are in mostly good condition based on a formula, then a major project could potentially begin in fewer than five years.