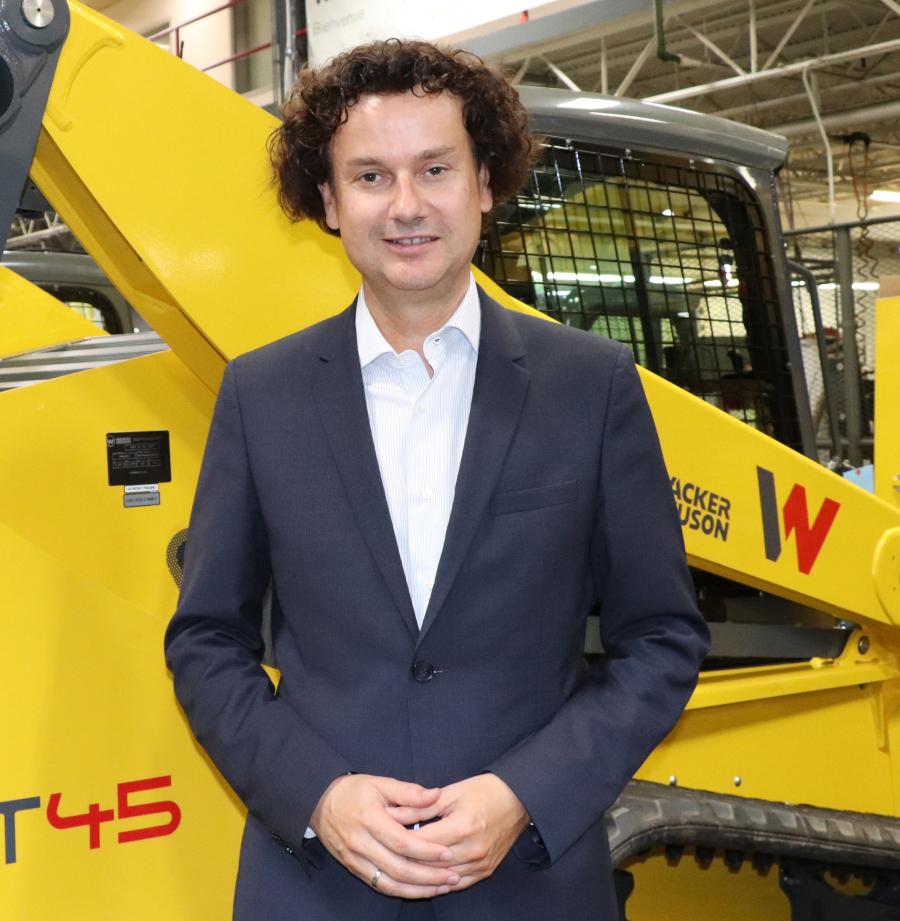 The Wacker Neuson Group has appointed Gert Reichetseder as president and CEO — North America, effective July 1, 2019. This addition to the Wisconsin-based executive management board demonstrates the importance of the growing North American construction and agricultural machinery market to the global organization, while strengthening local leadership and ongoing commitment to the United States and Canada, according to the company.

"This is a big transition for me and my wife," said Reichetseder, "as I am changing my home base from Austria to Milwaukee, after having been in charge of our Linz facility for the past eight years. However, the potential of Wacker Neuson in North America reinforced my decision for this new assignment."

This latest move supports Wacker Neuson's 2018 realignment of Menomonee Falls, Wis., production facilities, which now includes Will Wright as vice president of product engineering and purchasing and Raimund Lindner as vice president of manufacturing and production administration. The company is confident that it is now strategically positioned to seize market opportunities and optimally serve regional customer needs in North American region.

"Our main goals are growing the market share of Wacker Neuson core products in North America and globally," Reichetseder said. "My focus and energy will be directed toward our customers and our valued employees, as these two groups are the reason Wacker Neuson exists."