Walsh Lays Out Big Vision to Invest in Boston Harbor 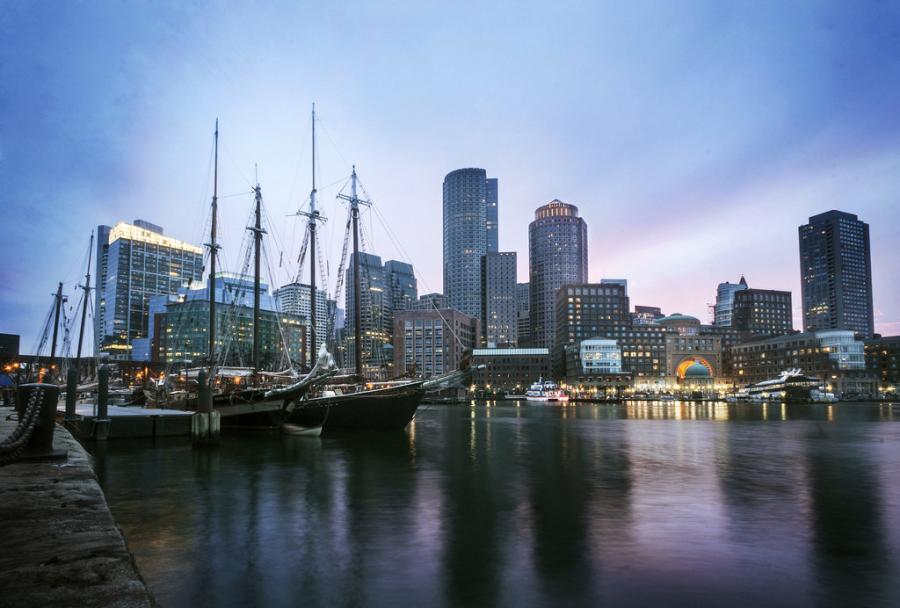 The Mayor’s plan, “Resilient Boston Harbor,” lays out strategies along Boston’s 47-mi. shoreline that will increase access and open space along the waterfront while better protecting the city during a major flooding event. (Katie Haugland Bowen photo)

Mayor Martin J. Walsh rolled out a comprehensive and transformative vision that will invest in Boston's waterfront to protect the city's residents, homes, jobs, and infrastructure against the impacts of rising sea level and climate change. Announced in October during his annual speech to the Greater Boston Chamber of Commerce, the Mayor's plan, "Resilient Boston Harbor," lays out strategies along Boston's 47-mi. shoreline that will increase access and open space along the waterfront while better protecting the city during a major flooding event.

"We're not just planning for the next storm we'll face, we're planning for the storms the next generation will face," said Mayor Walsh. "A resilient, climate-ready Boston Harbor presents an opportunity to protect Boston, connect Boston and enhance Boston, now and for the future. As we enter a new era in our Harbor's history, Boston can show the world that resilience is not only the ability to survive adversity, but to emerge even stronger than before. That's the promise of a resilient Boston."

Resilient Boston Harbor builds off of Imagine Boston 2030 and uses the city's Climate Ready Boston 2070 flood maps and coastal resilience neighborhood studies to focus on Boston's most vulnerable flood pathways. The strategies laid out in the plan include elevated landscapes, enhanced waterfront parks, flood resilient buildings and revitalized and increased connections and access to the waterfront. The strategies will require collaboration and funding between federal, state, private, philanthropic and nonprofit partners.

Based on early recommendations from the city's Climate Ready Charlestown and Climate Ready East Boston plans, a deployable floodwall system has been installed across the East Boston Greenway and a section of Main Street in Charlestown is being elevated. Additional measures identified include:

Climate Ready South Boston identifies the major flood pathways to many of the city's residential neighborhoods through Fort Point Channel and Moakley Park. In response, the following strategies have been identified:

Resilient Boston Harbor builds on the investments the city of Boston has made under Mayor Walsh to increase the city's climate resiliency, including:

The projects outlined in Resilient Boston Harbor will require a number of different funding sources. Mayor Walsh announced that the city of Boston will commit 10 percent of all new capital funding to resilience projects. He called on Boston's state and federal government partners, as well as the private sector and non-profit and philanthropic stakeholders to join the city in committing to make these necessary investments a reality.

The strategy builds on the city of Boston's Resilience Strategy. Boston's resilience strategy is focused on ensuring every resident can reach their full potential regardless of their background, and removing the barriers of systemic racism that hinder Bostonians from having access to opportunities.