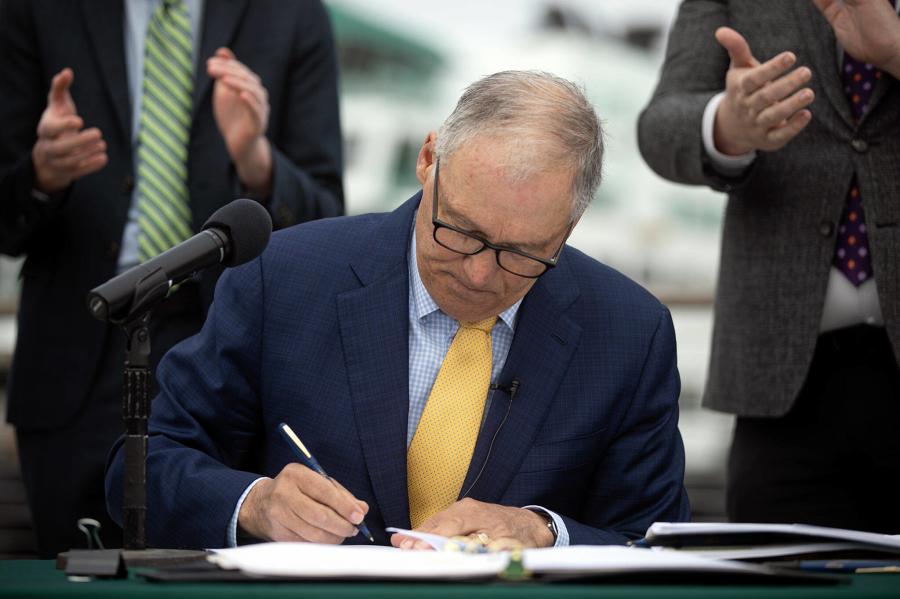 Gov. Inslee split his signing ceremonies between two cities, starting the morning at the Mukilteo Ferry Terminal to sign the revenue portion of the package. Later in the afternoon, he was to head to Tacoma to sign the bill that covers the projects paid for by the package.

OLYMPIA, Wash. (AP) A nearly $17 billion, 16-year transportation revenue package that will pay for a variety of projects across the state, including building four new hybrid electric ferries, was signed recently by Washington Gov. Jay Inslee.

Inslee split his signing ceremonies between two cities, starting the morning at the Mukilteo Ferry Terminal to sign the revenue portion of the package. Later in the afternoon, he was to head to Tacoma to sign the bill that covers the projects paid for by the package.

"There is no way to tackle climate change without tackling transportation and that's what these bills do," Inslee said. "In this package we're entwining the ability to get better, more efficient transportation with the way to save our climate." 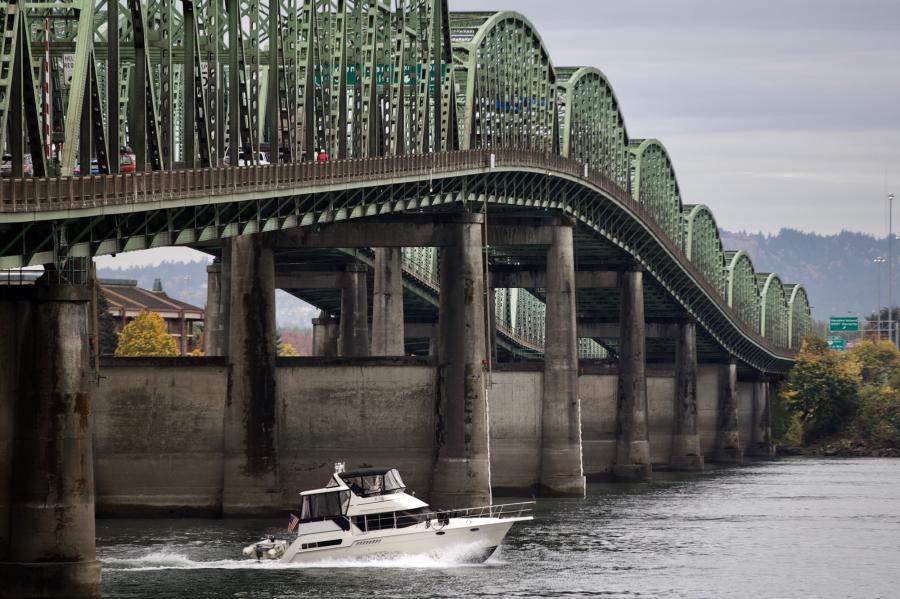 The plan gets $5.4 billion of its funding from a carbon pricing program signed into law last year that requires the state's largest emitters, like refineries, to purchase credits for allowed emissions if they exceed a cap set by regulators. The rest comes from several other sources, including federal infrastructure money, funding from the state budget, and higher fees on enhanced licenses and license plates.

In addition to the new ferries, it electrifies two existing ferries and provides funding for more walking and biking corridors, highway maintenance and fulfilling the state's court-ordered obligation to replace fish passage culverts. Funding is also provided to ensure that those age 18 and younger can ride for free on public transportation, including the state's ferries and Amtrak.

It also pays for the state's share of the cost — $1 billion — to replace the Interstate 5 bridge over the Columbia River that connects Washington and Oregon.

Republicans, who are the minority party in both chambers, continued to express frustration that they weren't part of what has normally been a bipartisan process in the past, and said that the new fees people will pay will affect residents already dealing with high inflation and rising gas prices.

And the fee new residents pay when first registering their car in Washington to check that it isn't stolen will increase from $15 to $50 on July 1 and then to $75 in 2026.

Rep. Andrew Barkis, the ranking Republican on the House Transportation Committee, said that his proposal to use and redirect existing revenues in a way that would have avoided fee increases were not considered.

"We do need to address our transportation system," he said. "This process cut out the entirety of the Republican delegation. We were not considered in the policy."

Democratic Sen. Marko Liias, the chairman of the Senate Transportation Committee, said the package is &#8220changing the framework for how we approach transportation forever in this state.”

"No longer will it be how much concrete we can pour,” he said. "The answer will be how many people and how much freight can we move on these corridors."