This phase is part of Metro's three-year Platform Improvement Project that will completely reconstruct the outdoor platforms at 20 Metrorail stations. The improvements will reportedly make platforms safer and more accessible for customers with disabilities, while also addressing safety concerns and longstanding structural issues.

According to Ian Jannetta, spokesperson of the WMATA, the affected stations closed on May 25 and are scheduled to reopen Sept. 9.

"When stations reopen and service resumes, some work will continue at each of the six stations in order to finalize the station improvements," he said. "Final details will be determined closer to the station opening date."

Jannetta reported that the base construction contract for Phase One of the three-phase Platform Improvement Project is $200 million, which does not include supporting activities like shuttle bus services, engineering, project management and other related expenses.

"These efforts will be funded by a mix of federal and local funds, including the District of Columbia, Maryland, and Virginia," he said.

Kiewit is the prime contractor for this phase of the project. The employee-owned company operates through a network of subsidiaries in the United States, Canada and Mexico.

Construction crews are working concurrently at all six stations. 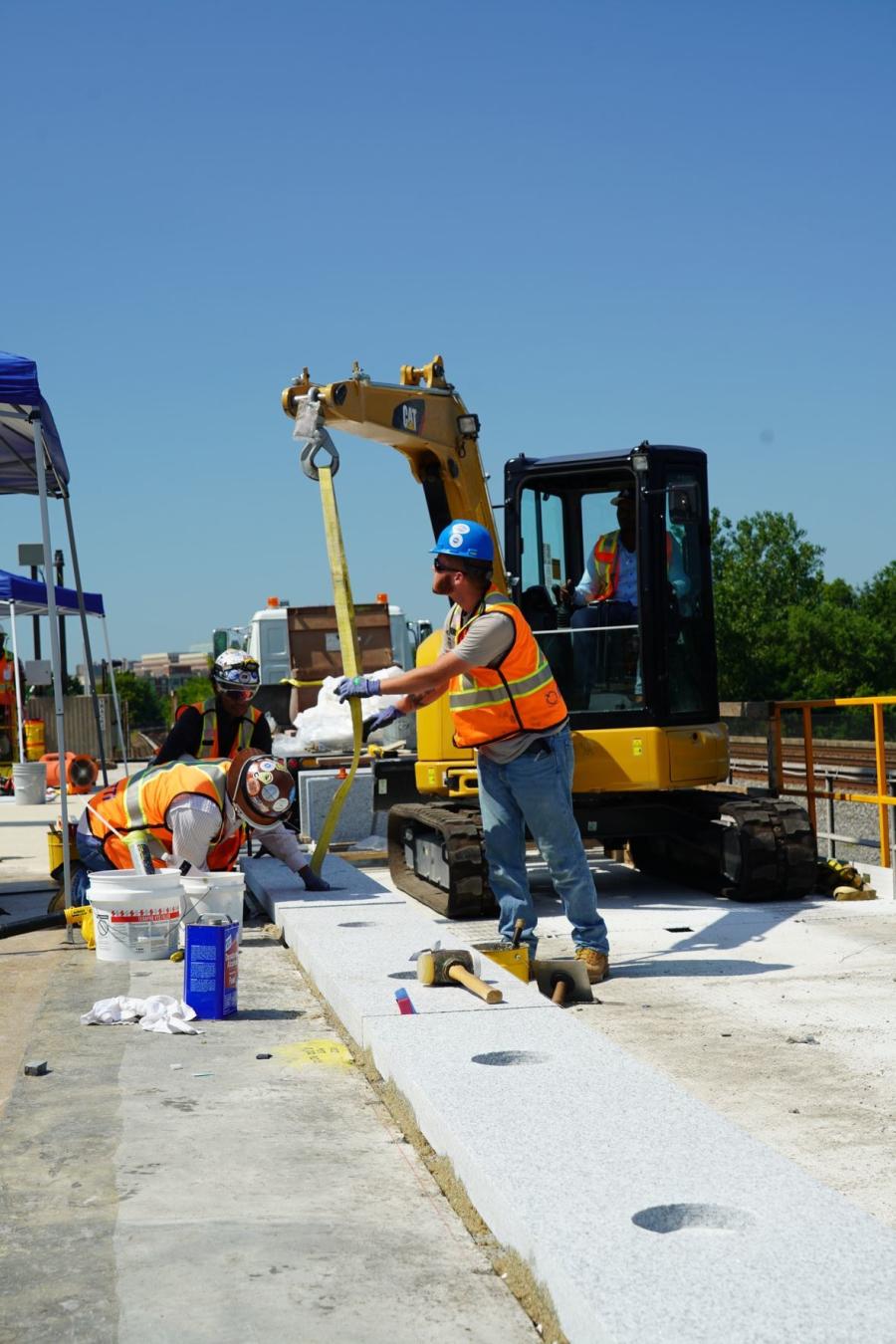 The Metro system currently has 45 outdoor rail stations with concrete platforms, which were designed and built over 40 years ago. (WMATA photo)

The Metro system currently has 45 outdoor rail stations with concrete platforms, which were designed and built more than 40 years ago. Deterioration has occurred because of routine use and exposure to weather and de-icing agents. Platforms at 10 outdoor stations have already been rebuilt.

Stations will feature new 8-in. hexagonal tiles that are slip-resistant and match the original station tile design. New tiles are being placed throughout the stations, on the platforms and inside the mezzanines. The tiles are produced through a process called wire-cutting, which gives each tile texture and provides better traction in wet conditions. 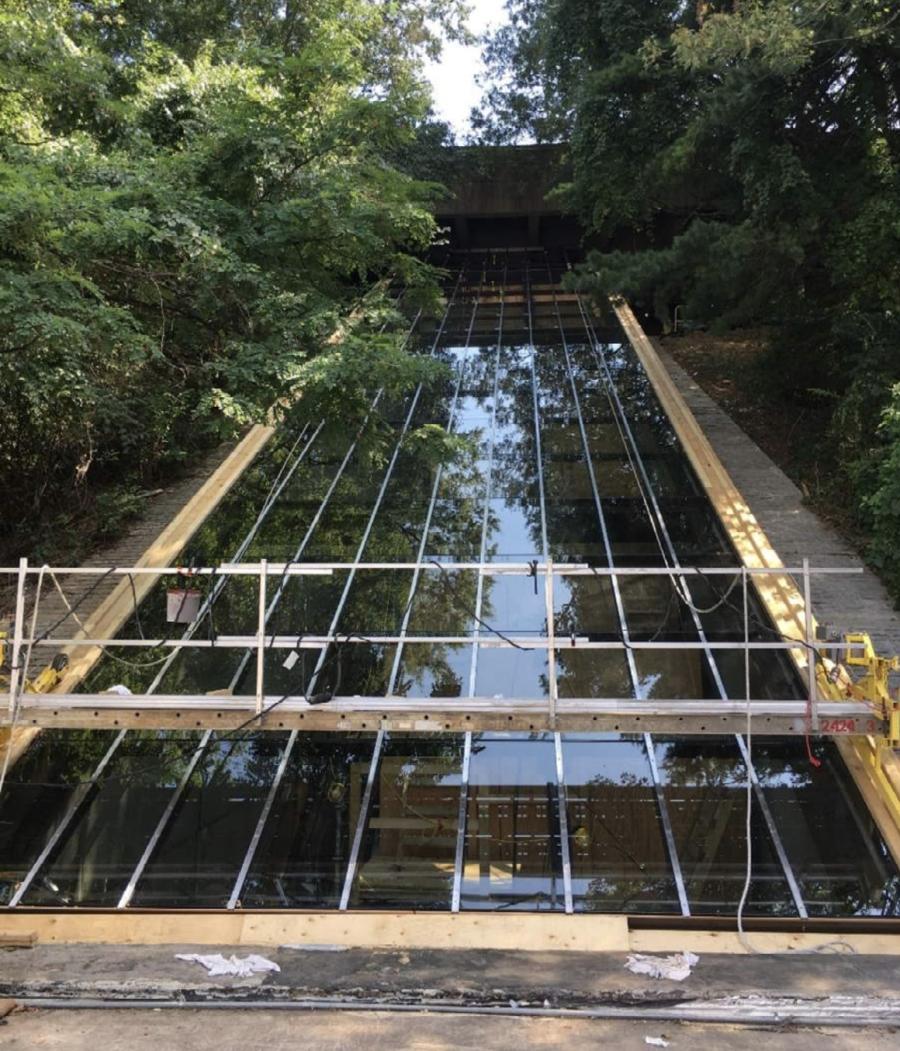 Jannetta reported that extensive internal planning and consultation with construction experts allowed Metro to develop a strategy that reduces the length of the project by up to 94 percent. This involves fully closing the stations to allow contractors to have 24-hour access to the work sites rather than limited hours.

To minimize customer impact, crews planned to complete as much invasive work as possible while the stations are closed. As construction activity continues into the fall at all six stations, crews will work in designated areas that will be cordoned off from customer access. This work will include the replacement of tile throughout the stations. 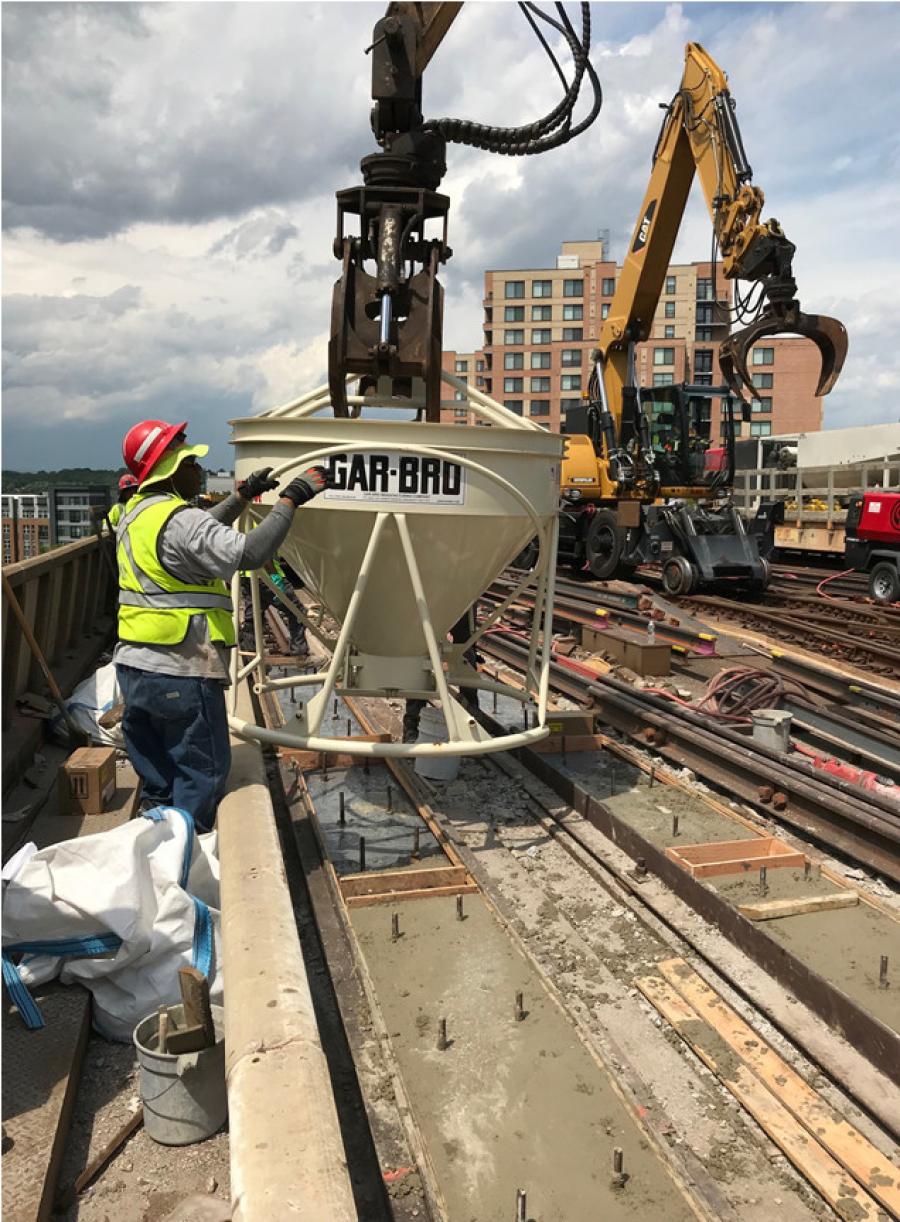 "One objective of the project was to eliminate the ‘Braddock Hump' — an uneven platform due to concrete piers being built a few inches too tall when the station was first constructed," Jannetta said. "To level the platform, the construction team used hydraulic jacks to lift the 1.6-million-pound platform deck off the concrete piers that support it. The jacks supported the platform while crews adjusted the piers and the platform bearings were successfully rotated and lowered to the correct height. The southern end of the platform was lowered by 4 inches total, in ¼-inch increments, and another section of platform was lowered 2 inches total, in 1/8-inch increments."

Jannetta noted that in working on the platforms, the first step for the construction team is installing temporary shoring under the existing platform edges to provide support during demolition and subsequent work. Eight-ft. sections of the existing platform edge are then cut and lifted onto flatcars to be moved out of the construction area. Once at a safe distance, large cranes lift out sections using steel cable lifting slings. The pieces are then loaded onto trucks and hauled away.

While cutting and edge demolition work is taking place, the construction crew removes existing platform paver tile. This process entails a combination of robotic jackhammers (Brokks) and hand-held jackhammers to chip away the existing paver tile. 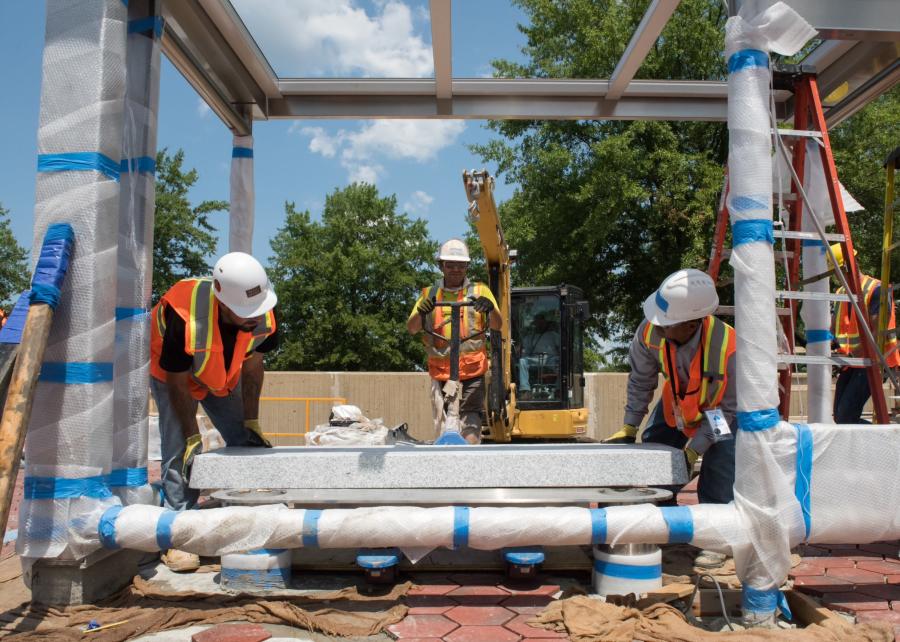 To minimize customer impact, crews planned to complete as much invasive work as possible while the stations are closed. (WMATA photo)

After the platform edges are cut and removed, new rebar is inserted into freshly exposed edges along the entire 600-ft. platform. The crew then installs final formwork necessary to pour concrete for the new permanent edges. After the concrete cures, the final phases of platform repair work begin, which include laying the new granite platform edge, pouring a new paver tile setting bed, and installing new platform tiles.

With the platform reconstruction completed, crews will begin the process of installing new pylons, signs, windscreens, canopies, and other platform features.

At the beginning of August, crews were focusing on installing the conduits and wiring for electricity and communication networks. They also were working on completing new fire standpipes on the platforms for improved emergency response capabilities. 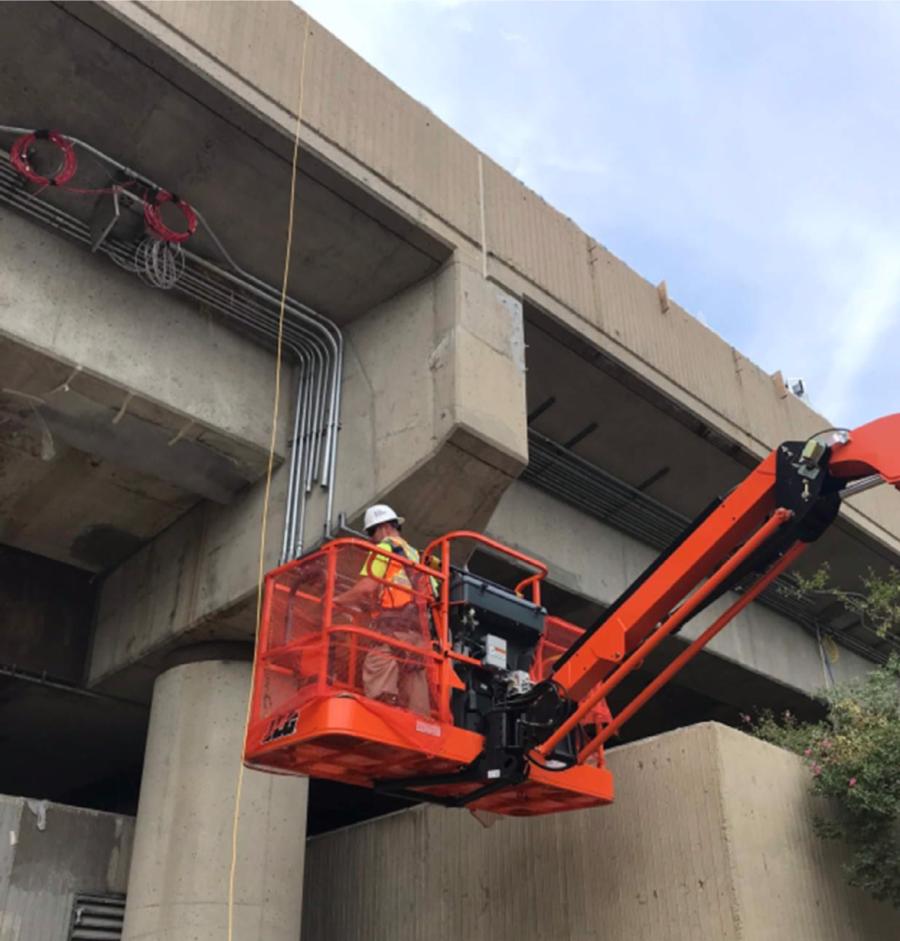 At the beginning of August, crews were focusing on installing the conduits and wiring for electricity and communication networks. (WMATA photo)

Metro is working with a 10-year, $15 billion capital program. For the first time in Metro's history, the capital program is bolstered by dedicated funding from Maryland, Virginia, and the District of Columbia. The capital program will invest in new railcars and buses; improve stations and platforms; upgrade fire-suppression and emergency response systems; replace and repair tracks, tunnels, bridges, signals, and communications systems; rebuild decades-old bus garages; and provide modern customer amenities such as passenger information systems.

The Washington Metropolitan Area Transit Authority (Metro) was created by an interstate compact in 1967 to plan, develop, build, finance, and operate a balanced regional transportation system in the national capital area.

Metro began building its rail system in 1969, acquired four regional bus systems in 1973, and began operating the first phase of Metrorail in 1976.

Today, Metrorail serves 91 stations and has 117 mi. of track. Metrobus serves the nation's capital 24 hours a day, seven days a week with 1,500 buses. Metrorail and Metrobus serve a population of approximately 4 million within a 1,500-sq. mi. jurisdiction. Metro began its paratransit service, MetroAccess, in 1994; it provides about 2.3 million trips per year. CEG