What began as a small project became something else entirely. 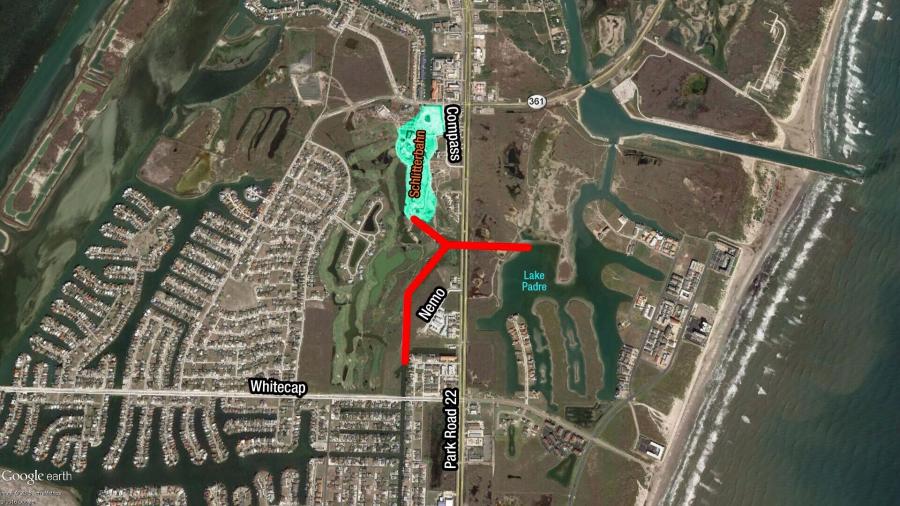 The city project involves constructing two bridges, one northbound and the other southbound, over the canal within the existing Texas Department of Transportation (TxDOT)-owned Park Road 22 right-of-way.

When the Army Corps of Engineers deemed a new water exchange between Padre Island, Texas, and an old canal system was necessary, the city of Corpus Christi and private developers could have simply gone with culverts. That would have satisfied the need for a water exchange to improve water quality issues.

But as talks opened about the requirement for the water exchange, the potential and its impacts became increasingly obvious. Now, instead of a simple culvert, there will be an open canal, two bridges and a pedestrian walk, the impact of which should benefit the area in numerous ways.

“The developer suggested the bridge and relocating so it could be elevated and boat traffic could come through,” said Chip Urban, a principal with Urban Engineering, consultant to the city of Corpus Christi for the project. “The Coast Guard liked it because they would have faster response time to the back of the canal. It is going to be an economic driver that helps development. It will also help people come to the island and get out of their cars and stay out and spend time on the island. It will allow traffic on both sides. In the past, there was traffic on only one side. Elevating the bridge and allowing pedestrians underneath is just much more resort friendly.”

The private developer has begun work on the dredging of the canal, and the construction bid for the estimated $10 million bridge is expected to be awarded by the year's end with completion set for December 2017.

The city project involves constructing two bridges, one northbound and the other southbound, over the canal within the existing Texas Department of Transportation (TxDOT)-owned Park Road 22 right-of-way. Park Road 22 will be raised about 12 ft. (3.65 m) to span the proposed canal that will be open to boats, along with a boardwalk for pedestrians. The bridges will have three spans, the center span at 46 ft. (14 m) crossing the canal, and two 36-ft. (11 m) spans on either side. The 42-ft. (12.8 m) wide canal below will include articulated concrete matting to prevent erosion. Sheet pile retaining walls will be employed and support structures under the water line will be armored.

One of the concerns engineers had to address was maintaining adequate traffic flow during construction, Urban said.

“Park Road 22 is a main thoroughfare in and out of the island,” he said. “A lot of people depend on that. We wanted as little traffic bottleneck as possible, especially during hurricane season.”

One way of expediting construction is to use precast concrete arch spans. They are not necessarily less expensive, but will save the city in other ways, Urban said. The spans can be precast off site, then brought in on a flat bed and hoisted into place by crane in a relatively short period of time. During construction, traffic will be diverted to one side while the other side is being constructed with construction expected to begin on northbound lanes first.

“Another thing we dealt with was, because the geotechnical design was a little bit of a challenge, we originally did these arches to span the canal, plus the walkway on either side. At the backside of the arch there is 15 feet of embankment pushing on the canal walls. We ended up going from the originally planned two arches to the current design of three arches to help push the loads further away from the canal bulkheads. What ended up happening is the center arch completely bridges the canal with one arch on either side. It made for much wider pedestrian pathway and got the load of overburden farther back away from bulkhead walls of the canals.

“One other thing that had to a happen was we had a sanitary sewer gravity line that would have gone right through the canal. We had to build a lift station and will be pumping in a different direction and connecting to the downstream portion.”

While some opposed the bridge project because of the cost, most are very much in favor of the project, Urban said.

“Most people are pumping their fists in the air,” he said. “They're saying, 'Now I get to take a cruise, pull up to the dock have a drink and listen to music.' It's definitely going to help water quality in the canals and it will help facilitate the environment that people move to the island for. This canal, boardwalk and the bridges are going to allow that to happen. It's going to allow people to go out on their boats, and it's going to open the island to tourism.”