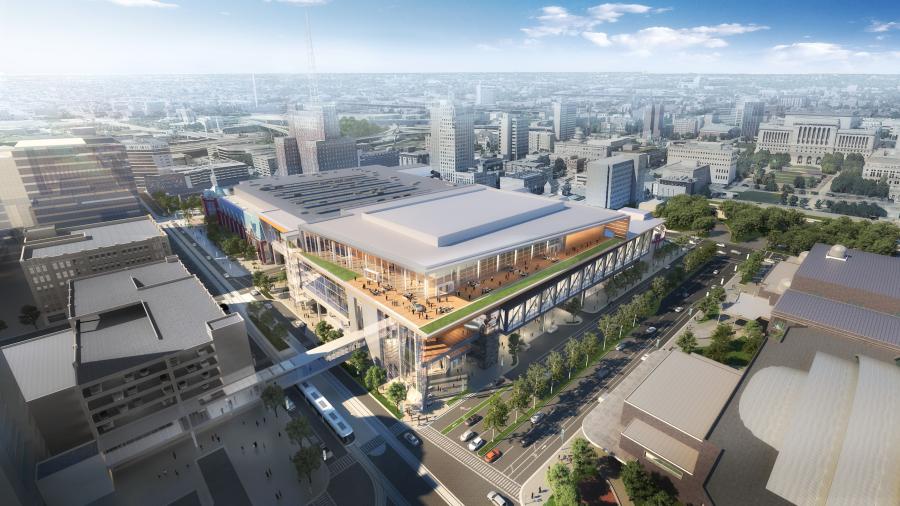 The Wisconsin Center District (WCD) Governance Committee has unanimously approved a resolution to finance the $420 million convention center expansion project. This is the final approval needed in order to begin the planning phase of the project, which will be led by CAA ICON as the owner's representative, the architecture firms tvsdesign and EUA and the construction team of Gilbane and C.D. Smith. An anticipated ground-breaking date will be in late 2021, and the new building is expected to open in early 2024.

This project will support at least 2,000 full-time equivalent jobs and $100 million in on- and off-site construction wages during construction. Additionally, the plan includes an already-approved 31 percent minority-owned-business clause (25 percent minority; 5 percent women-owned; 1 percent disabled veteran-owned), and 40 percent of on-site construction jobs will be dedicated to the Residents Preference Program for city and county resident-held positions.

Once completed, the new convention center is projected to attract an additional 100,000 out-of-state visitors annually, stimulate at least $6.5 billion in total spending in the state over a 30-year period and generate at least $150 million in incremental state income.

By doubling the square footage of the convention center, the WCD will be able to host multiple, overlapping and simultaneous events. The facility will emphasize flexible space arrangements, which will meet the needs of meeting and event planners locally, nationally and globally. Increased meeting and convention business will result in greater demand for downtown hotel room night usage, which will increase tax revenue and cause compression, driving visitors to neighboring communities. These visitors will patronize Milwaukee's restaurants, bars and entertainment venues, boosting support industries.