Webber Working to Construct I-35 Overpass 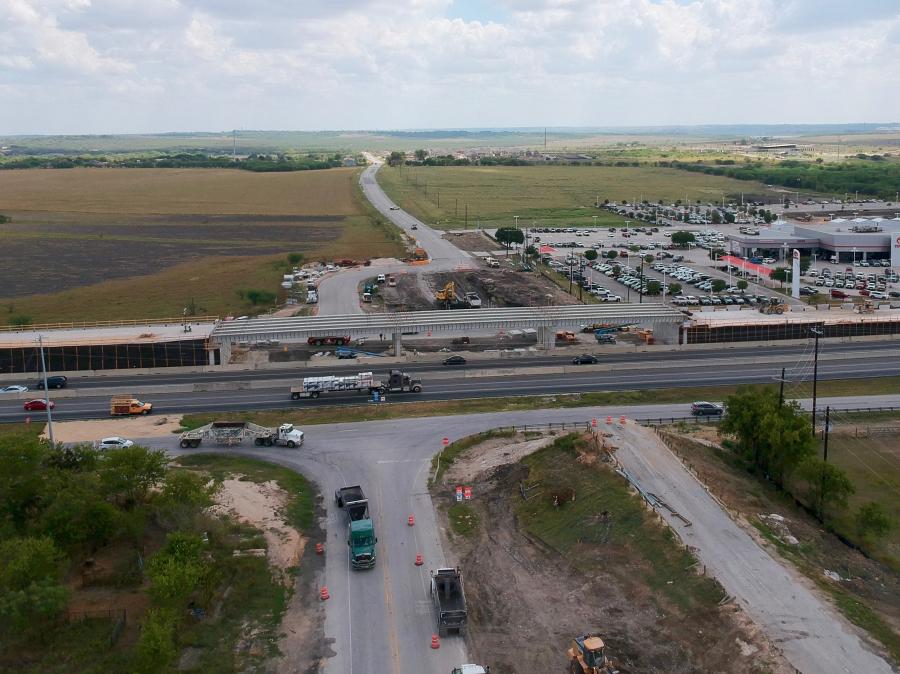 This project, taking place within the city of San Marcos in central Texas, consists of replacing the existing underpass interchange configuration with a new I-35 overpass at Posey Road. (My I-35 photo)

Many sections of I-35, a highly traveled highway in Texas are undergoing repairs and reconstruction. One of these projects is the Texas Department of Transportation's (TxDOT) $31.7 million (construction cost) I-35 at Posey Road project that was awarded to Webber LLC.

This project, taking place within the city of San Marcos in central Texas, consists of replacing the existing underpass interchange configuration with a new I-35 overpass at Posey Road.

The new overpass involves constructing approaches on I-35 with mechanically stabilized earth (MSE) retaining walls. Additional improvements include converting the existing two-way frontage roads to one-way, and constructing U-turns for the new at-grade intersection, as well as relocating and reversing the existing entrance and exit ramps on both the northbound and southbound sides.

What Has Been Completed? 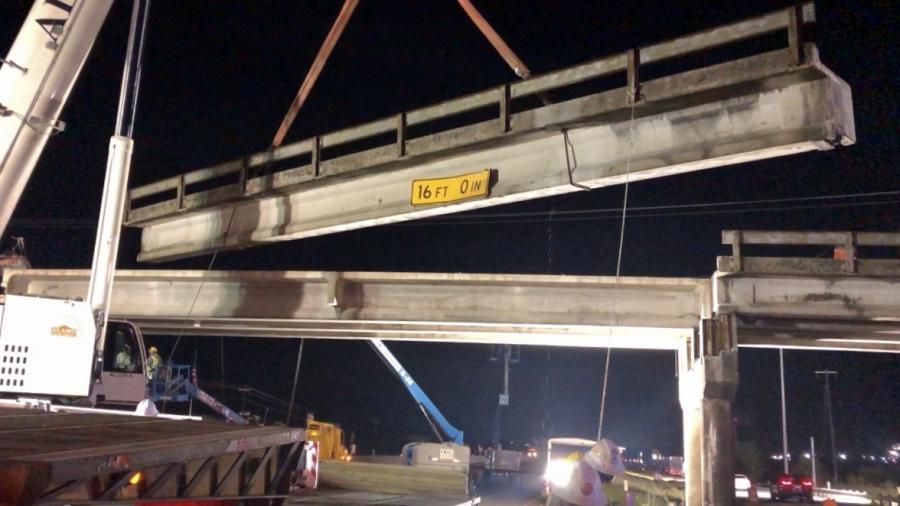 Shawn Corbello, Webber's project manager, is pleased with the progress.

"While each project has its own challenges, the one constant is if all the stakeholders collaborate and work as a team, these can be overcome," Corbello said. "We are working closely with the TxDOT team to advance the project by looking further into the schedule to help identify potential issues and thus, minimizing impacts to the project.

"I am very fortunate to work with such a talented team," added Corbello. "The Webber team shares the same primary goal, which is working safely first and sending everyone home the same way they came to work that morning. The team consists of people with diverse experiences and skill sets. This allows us to approach each problem with different mindsets and openness to novel ideas. There is a sense of pride amongst the crews as they work tirelessly towards the completion of the project and improvement of our infrastructure."

"Rain, more than anything, is one of the biggest challenges to the project," said Mark Maloy, TxDOT's project manager. "This has made it difficult to place and cure subgrade. It's not a new challenge to construction, but it is a persistent one." 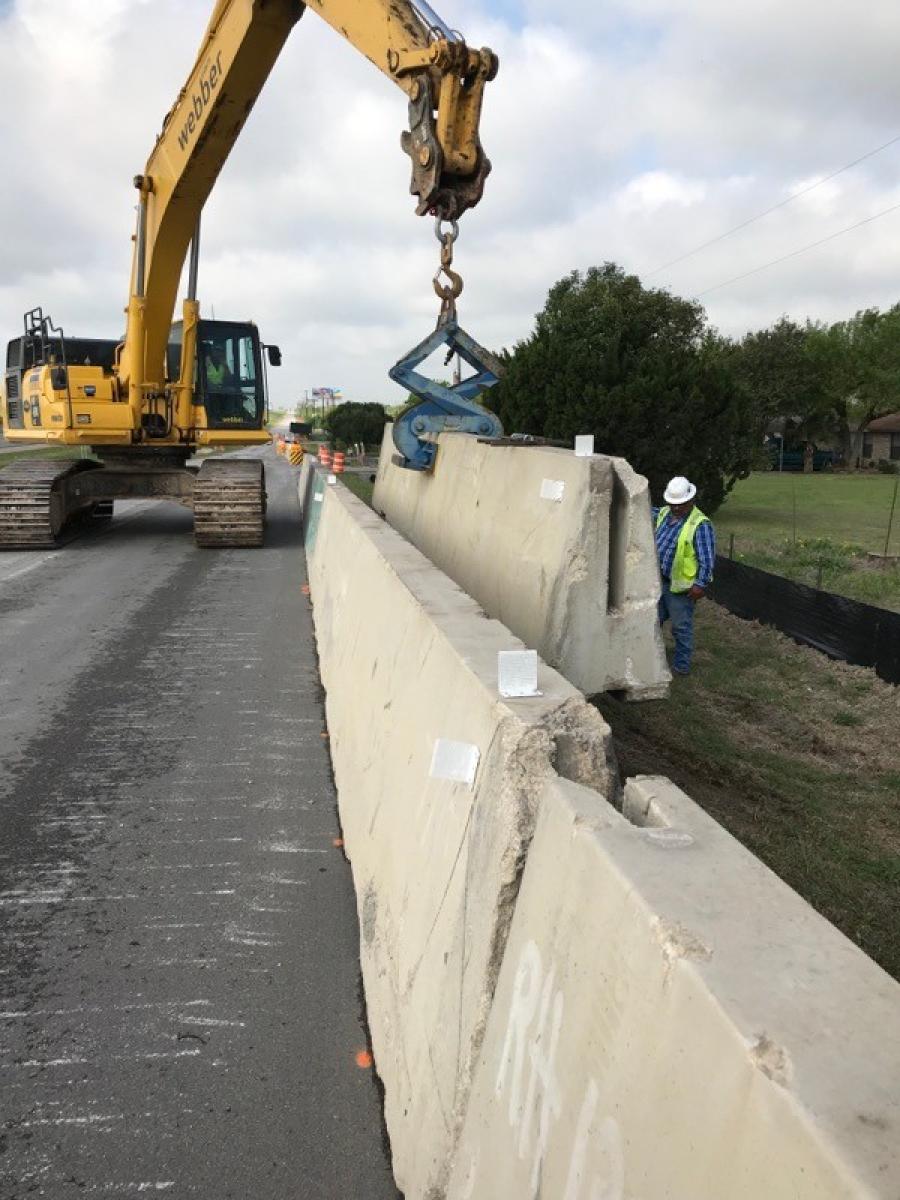 "Phase IV requires us to shift the southbound traffic to the section constructed under Phase III and construct the remaining outside third of the new bridge and approaches, as well as complete the at-grade intersection and open it to traffic," he added. "This contract has a milestone and it started when the existing Posey Road bridge was demolished and it will end when the at-grade intersection is open to traffic."

The majority of the bridge demolition was successfully accomplished over two nights last May. The concrete deck was cut longitudinally between the concrete beams and each beam was lifted by a crane and set on a truck to be demolished offsite.

"The contractor opted for this method due to concerns of demolishing the bridge with live traffic under the adjacent spans," said Maloy. "This process was repeated for the two spans covering the mainlanes. The remaining bridge portions over the frontage roads were demolished in place using conventional hydraulic hammers."

The milling, sealing and overlay on the mainlanes from Centerpoint Road to the Hays/Comal County Line has been added to this project and will start in May 2021.

"This work was included in the project plans to lessen the impact for commuters," said Maloy. "This would have been a separate paving project that would disrupt traffic later on." 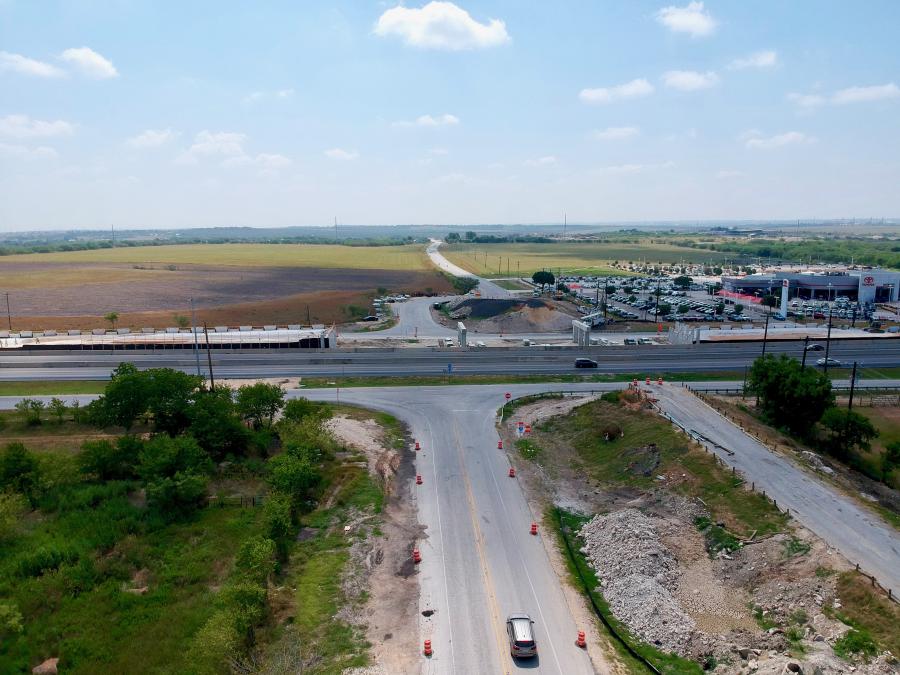 "Ramp reversals along with extended entrance and exit lanes between Center Point Road and York Creek Road will reduce merging conflicts, and one-way frontage roads will not only improve traffic flow but reduce the chances of head-on collisions," said Brad Wheelis, a TxDOT public information officer of the Austin District. "The goal of the project is to improve safety and mobility,"

The new bridge will improve access to major commercial developments in the area, as well as improve safety and mobility measures for local and through traffic.

"Another added benefit of this project is that we eliminated a bridge that did not meet our vertical clearance criteria and required some oversize/overweight traffic to use alternate routes." said Epi Gonzalez, South Travis area engineer of TxDOT Austin District.

TxDOT is funding the construction, with project development funding provided by a Hays County/TxDOT Partnership Program and Hays County. CEG