Sometimes the dreams we had as children come true; other times, they just … changed. 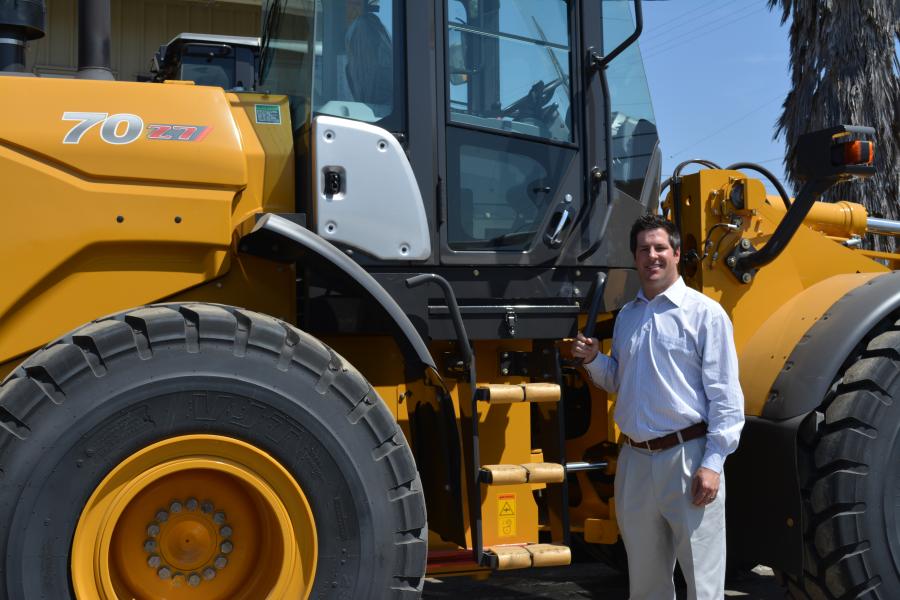 Mike Lalonde is founder and owner of Westrax Machinery.

Sometimes the dreams we had as children come true; other times, they just … changed.

Michael Lalonde grew up around heavy equipment, but when he was a child, he believed a traditional white-collar job would be what would make him happy.

“I wanted a coat and tie job when I was a kid,” said Lalonde, who today, sans the suit and tie, is founder and owner of Westrax Machinery facility in Long Beach and Corona, Calif.

Shedding the dream of formal attire has worked out pretty well for Lalonde.

Lalonde is a third-generation entrepreneur who grew up in the construction industry working summers for his family's construction business. After graduating from the University of San Diego, he became a part owner (along with four of his siblings) of one of the family's businesses, A.S.A.P. Heavy Equipment Rentals. By 2006, he had bought out the partners and began thinking of his own vision of what an equipment dealership should be — one whose success would be more dependent on the success of his customers than on his own.

Lalonde founded Westrax Machinery in 2011 in Rancho Dominguez and grew rapidly over its first few years, according to Inc. Magazine and the LA Business Journal — both placed Westrax on their lists of the nation's fastest growing privately owned companies in 2014. The Business Journal included Westrax in their list in 2015, noting the company's 414 percent growth in revenues over the period between 2011 and 2014.

Westrax Machinery started with LiuGong as its main equipment offering.

“I had followed LiuGong since 2005 and thought they were ready for the market,” said Lalonde. “And it seemed customers were ready for the product, given the state of the economy at the time. Doing that when we did it positioned us for growth after the recession … I like to go against the grain.”

This thinking led to further success when Lalonde expanded Westrax Machinery by opening a second location in Corona, Calif.

Now, Lalonde sees another growth opportunity — taking on the popular Kawasaki-KCM line of wheel loaders and adding in an already strong mix of new and used equipment, rental machines, a parts department and a full-fledged service department.

“They [Kawasaki-KCM] have such a reputation for quality in our market,” said Lalonde. “There are so many repeat customers in Southern California. And now, Kawasaki-KCM's partnership with Hitachi just adds to their strength.”

The wheel loader also will make Westrax a player in entirely new markets, according to Lalonde.

“Recycling, demolition and aggregates will all be new markets to us, as will municipalities,” he said, adding that Westrax also will start a rental program to the aggregate industry.

The growth is likely to continue, if Lalonde has his way.

“We'd like to open more brick and mortar locations to represent both the LiuGong and Kawasaki-KCM lines,” he said. “We will greatly expand our parts and service business, as well.”

Parts and service, he said, already represent 25 percent of the dealership's sales. “We want to be the contractor's full-service source for equipment.”

A.S.A.P. remains the rental arm of the company, where the fleet has grown to more than 200 machines from 35 when Lalonde first took the reigns in 2001. Todd Hoskings, rental manager, “has had a huge impact on the growth of our business,” Lalonde said, while also noting the contributions of Jeff Jones, equipment sales manager, and Marcel Gerits, customer service manager on the A.S.A.P. side. The firm currently employs 31 people.

The future appears bright for Westrax.

“I'm very optimistic — I think we'll see steady growth in the Los Angeles market …” Lalonde said, while he cautioned, “depending, in part, on what happens in November …”