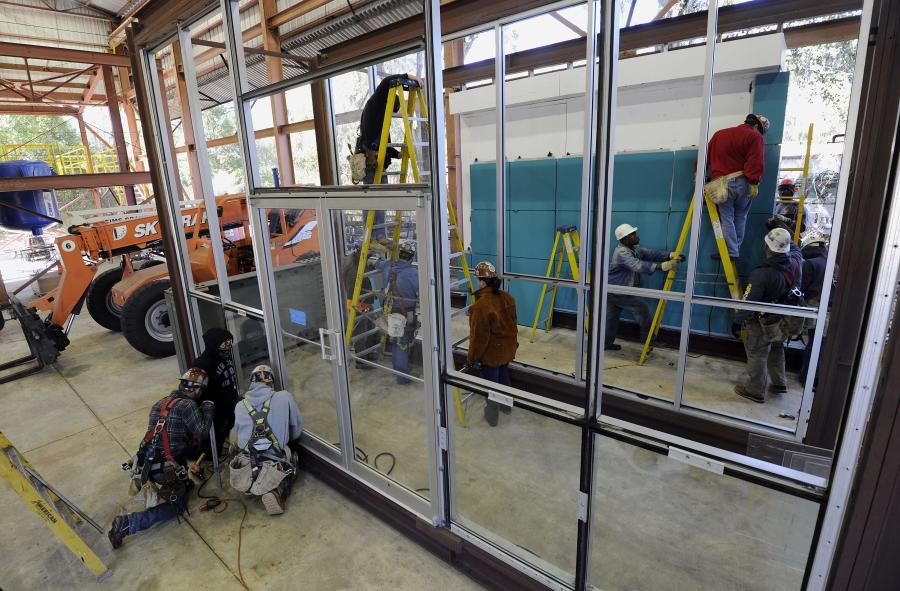 There are more than a dozen high-rise or mid-rise residential projects on drawing boards in the downtown Tampa area. At least three more are in the works in downtown St. Petersburg.

Tampa International Airport is in the second year of a $1 billion overhaul. Lightning owner Jeff Vinik's project calls for $2 billion in mixed-use construction over a decade. Port Tampa Bay last year unveiled plans for a $1.7 billion mixed-use project at Channelside.

A big question is beginning to haunt those in the real estate development and construction industries: Who is going to build all those residential towers, office buildings and retail sites?

With construction activity rejuvenated after the crippling recession, an acute shortage of skilled workers is plaguing the industry, and is only expected to get worse.

“I've been preaching this for four years,” said Jack Jarrell, business manager for the Ironworkers Local 397 union in Tampa. “The numbers are phenomenal; the shortage of skilled trades is across the board, from carpenters to ironworkers to electricians to welders.”

The U.S. Department of Labor's Bureau of Labor Statistics reported that Florida added 28,600 construction jobs to grow that labor force to 441,700 in 2015, second only to California. Florida is the third most-populous state, behind California and Texas.

But the National Center for Construction Education and Research's Construction Labor Market Analyzer estimates the state will need to bring the total state number up to 500,000 by October 2018.

“The industry is hiring people at quite a strong clip, but at the same time, contractors are saying they can't find the folks with the skills they want,” said Ken Simonson, chief economist at Associated General Contractors of America. “They're having to pull in people from other industries or people that haven't done it before, which isn't always something you can make do with.”