Who Should Perform Monthly Crane Inspections?

When Maxim Crane Works brought its 2,735-ton Manitowoc 31000 crane onto the Mercedes Benz stadium construction project in 2018, the crane rental company called on a third-party inspector to make sure the crawler was ready to work. Maxim markets itself as the world's largest crane provider, and relies on third-party inspections because almost all of the Cincinnati, Ohio-based company's general contractor clients require it. 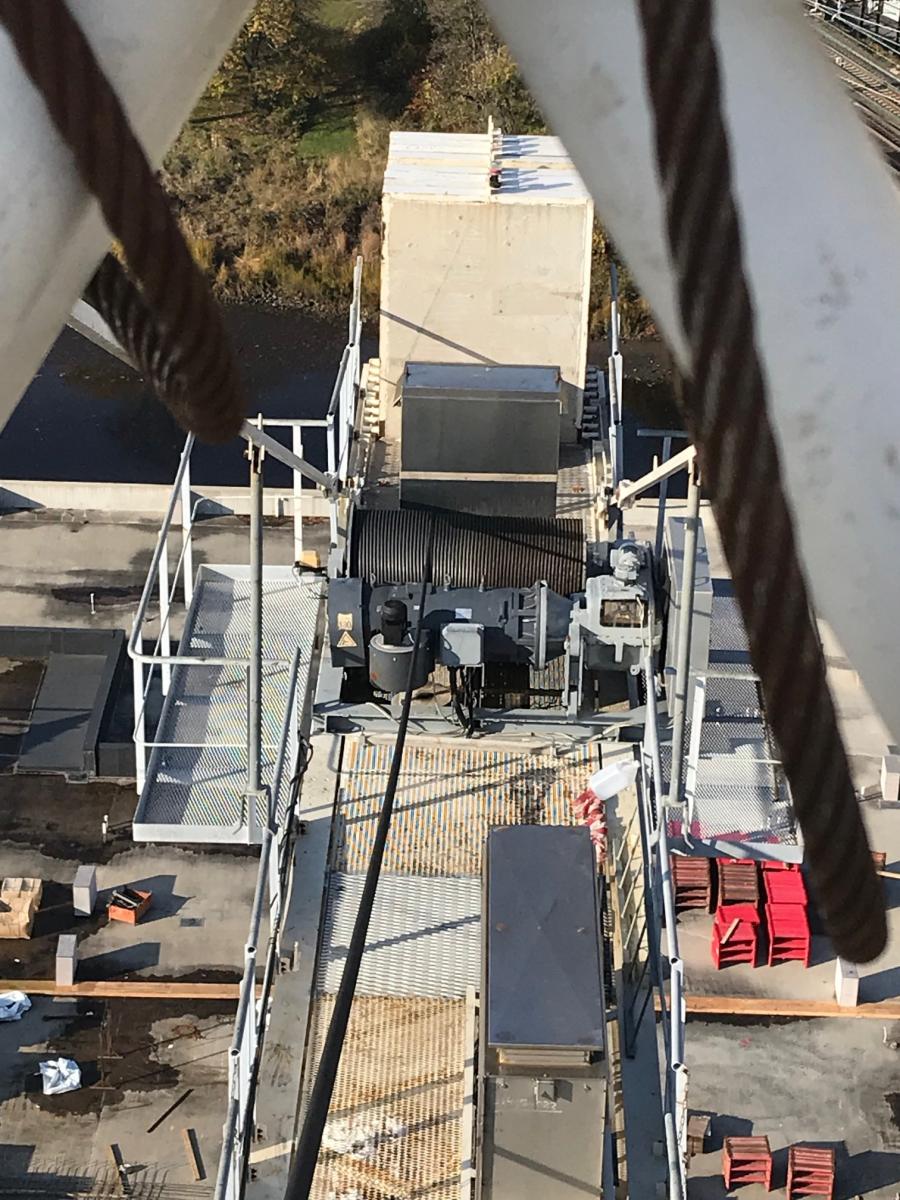 "Most all of our industrial contractors now, and more of our commercial contractors every day, are going to a third-party inspector after the crane comes on their site," said Barry Garrett, crane specialist of Maxim.

Industrial contractors such as Georgia Power and Alabama Power require a load test of the specific crane Maxim delivers.

"We perform the load test, of course, but it has to be observed by a third-party inspector and meet all the criteria in the lift plan.

"More of our business has gone to third-party inspections, which we totally applaud," he continued. "It covers us, it covers the contractor, it covers everyone involved with the crane on the job site, and if there is something that doesn't pass, it can be fixed and addressed immediately."

"The new OSHA crane regulations that went into effect in 2010 brought a lot of new info into the crane world. It's been a positive," said Feidt. "Now that everybody's had nine years to digest it and get used to it, I think companies are wanting to be sure the crane is OK. It's catching on across the board, even in smaller construction companies, there is more of an awareness among owners and users they want this to be right."

He said the trend, especially when larger lattice-boom and hydraulic cranes are on the job site, that even from one location on site to another, if they tear it apart, move it and reassemble it, they want the crane re-inspected.

"The industry is really starting to look at this more, and it's a positive trend. It's not perfect, but it's good," said Feidt.

Third-party crane inspection service HESCO, of Niantic, Conn., is asked more and more to perform monthly inspections on large construction jobs. Crane Inspector Ed Shapiro, HESCO founder, said on large local jobs involving an out-of-state contractor, it proved cheaper to have his firm perform monthly inspections on several cranes. The alternative was to send in someone from out-of-state to spend the whole day on the job site whether they needed to or not.

"It made good sense," he said.

One of the biggest issues with any crane inspection is a lot of time it's not only assumed, but expected, that one person can thoroughly inspect a crane, said Feidt. He said the problem is the operator can't be in the cab functioning the crane and be out looking at components such as wire rope at the same time.

The rule is a crane has components that are supposed to be inspected every shift that the crane is used. The reality is it's likely that 90 percent of the time the operator performs the inspections, Feidt said.

The operator is on site, and he does a competent job — the best he can do. He'll walk around, check things before he starts. Then when he starts he'll check the crane's operations. Every shift and every month the wire rope is supposed to be checked.

"But it's very hard to be in the cab turning the hoist and watching for defects at the same time. So, you run it a little, get out and look at what you can see, go back into the cab and run it some more. It's a process," said Feidt, and one that operators adapt to. "You do what you can with the limitations you have. It's the most unfair thing for crane operators in my book. You're put in this position, given an inspection form, and told, ‘We expect you to do this every shift, every month.' Even if he's by himself, he needs to take the time to do the best job he can. It takes more time, but he has to be diligent."

Ideally, that operator will have help to complete the monthly inspection. Shapiro believes an in-house mechanic would make the perfect wingman for the operator required to inspect the crane every month. 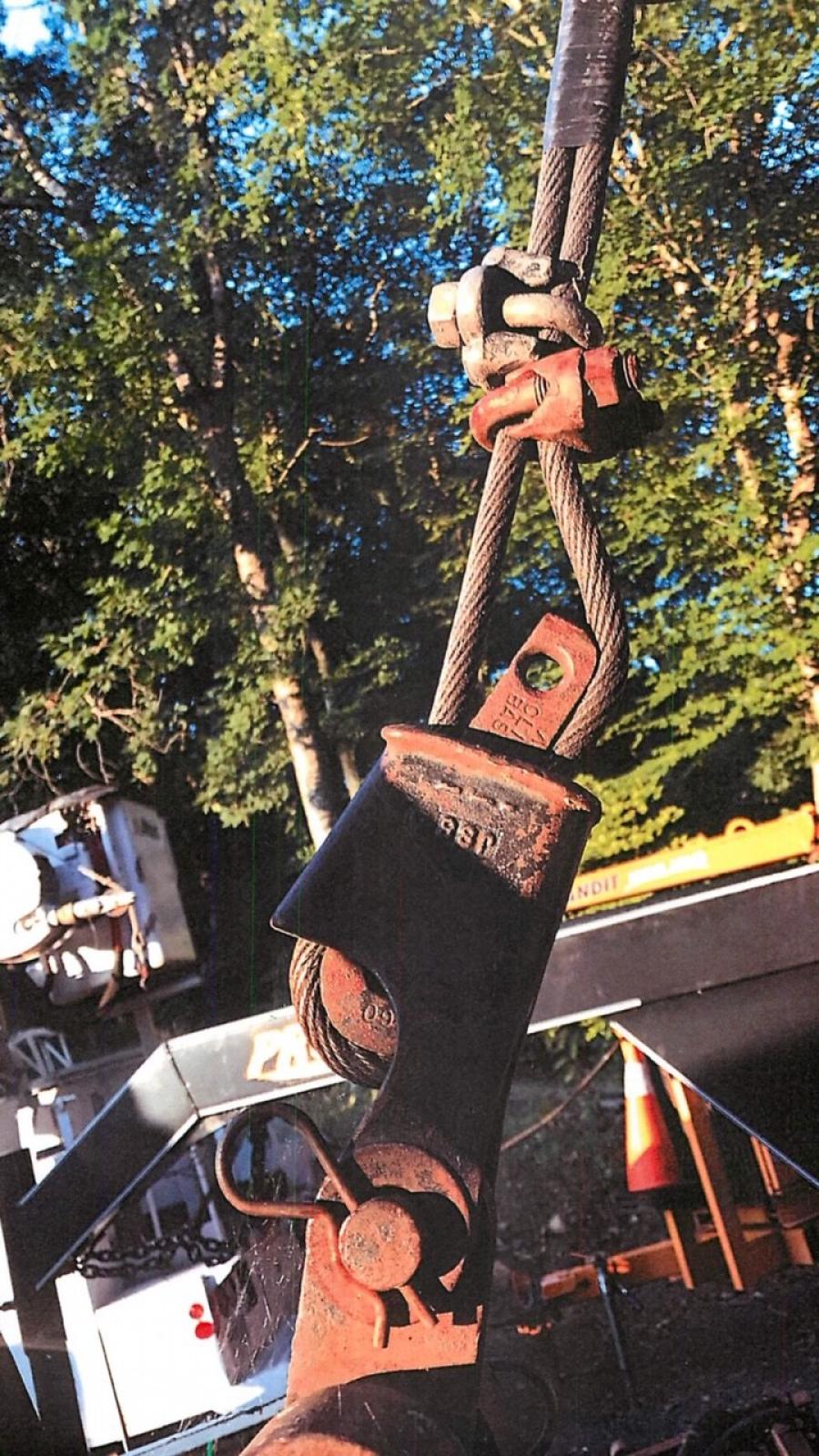 "Biggest deficiency we write, the number-one infraction, is ‘no written signed and dated monthly inspection checklist log.' Everybody takes, for instance, the Grove-provided manual that has every month and 31 days and the big checklist in the back of the book. The employer expects every operator to go through that checklist for his crane every day. No operator will do that.

Instead, some operators will complete one form without a date on it, make 12 copies, and sign and hand them in each month.

"They don't want to be bookkeepers, they want to operate the crane," said Shapiro.

Like Feidt, the other challenge that Shapiro recognizes is that no operator can perform the monthly by himself.

"How can he see the hoist cable if he's in the seat? It's a two-man job for the operator and a competent person," said Shapiro.

What he's tried to do over the years is push a HESCO-developed training program, specifically for mechanics, that covers the monthly inspection.

"We train mechanics in a six-hour course on the various types of cranes, their structure, the lifting tackle, the wire rope, making certain operator aids are still working, and give them the inspection forms."

He also offers hands-on practice with the mechanic. If the crane is close by, he'll go out and do an actual inspection.

"The reason we selected the mechanic is they send him out every month to change the oil and filter. That's the perfect time to do a monthly inspection. It's economic, he's already there, and the machine's already off line, so he can do it all with the operator," said Shapiro. "Problems can be repaired immediately, and minor fixes can happen right there. Say the back-up alarm isn't working or an outrigger retention spring is broken. He can do enough while he's there to mitigate some if not all of the deficiencies."

Feidt said the concept makes a lot of sense, so long as the situation is practical and the mechanic knows what to look for. He believes that ideally, someone should be out there helping the operator with the inspection. But should that wingman be the mechanic?

"If he's familiar with the crane," Feidt emphasized. "If he does work on this crane and has been trained in understanding the criteria he's expected to, then, yes."

But, he added, wearing the title of "mechanic" doesn't mean you're qualified or competent to inspect a crane.

"Just because a mechanic knows how to remove a boom lift cylinder off a crane, rebuild it, and put it back on, does that make him qualified to inspect the entire crane? Absolutely not. He's got to know the functionality of the crane, what to look for, what makes wire rope bad, what makes the hook block bad, and how accurate do operational aids have to be?"

Feidt wondered how much experience is enough to deem a person competent or qualified to perform a crane inspection. Many entities say two to three years of experience in the crane industry on the type of crane your working with. But he doesn't believe it's that cut and dried. "Do they know what they're looking at and the inspection criteria for that component? There are probably a lot of people out there inspecting cranes who don't," he said. CQ

(Lucy Perry operates WordSkills Editorial Services in Kansas City, Mo. She can be reached at wordskillseditor@gmail.com.)