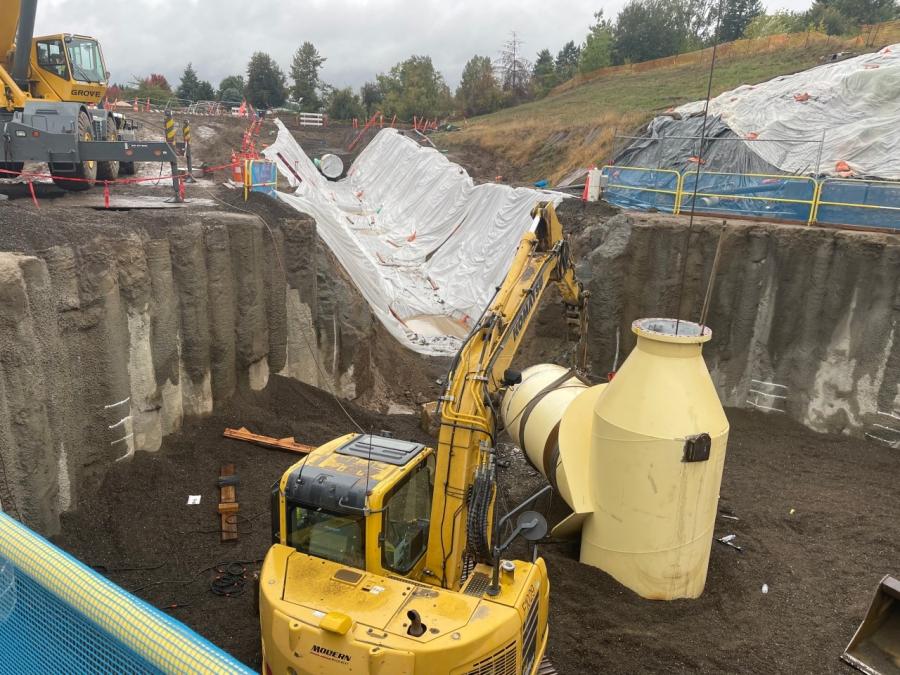 Construction will include the installation of a pipeline along Southwest Cascade Avenue and the construction of the Shores Ferry Road to Southwest Greenburg Road in Southwest Hall Boulevard.

Residents along Highway 217 on Scholls Ferry Road will notice an increase in construction activity as the crew begins work on a new pipeline for the Willamette Water Supply Program project.

The Willamette River, one of Oregon's largest rivers, will be a new source for this program. The processing plant itself will be installed in Sherwood.

The driving force behind the Willamet water supply program began seven years ago to support the growth of the region. Leaders also realized that Hillsboro had to deal with the fact that it had only one water supply.

"So, if something happens to their water supply, they're in trouble, right?" said Project Spokesman Marlies Mock. "We also recognize that none of these water systems are built to withstand large earthquakes in the Cascadia subduction zone. This new system is designed to withstand major seismic events. . "

The construction currently underway along the Southwest Scholls Ferry Road is the east phase of the Metsger Pipeline of the project.

According to the project's website, the project will integrate the construction already planned by the Tualatin Valley Water District into the Willamet Water Supply Program and Beaverton's ongoing plans.

According to Mock, the new system will provide Beaverton with a spare water source. The timing is also appropriate, as Beaverton City officials predict that current water supply will be sufficient by 2045. Therefore, participation in water supply programs supports planned growth over the coming decades.

The project's price tag is $1.3 billion, a cost born by TVWD, Hillsboro and Beaverton customers based on water usage. Authorities have applied for a loan for water infrastructure finance and innovation law from the federal government. Mock said it is "hit" the long-term costs of the entire program.

For the next phase of construction, the crew will tunnel under Highway 217 and Scholes Ferry Road. It also is signed as Highway 210.

The impact on overall traffic should be minimized until the end of February 2022, when closures will begin.

"We are building a large water pipeline under the Scholes ferry, so there will be lane closures and delays, and more traffic implications, and we will really communicate about it before it happens," Mock said.