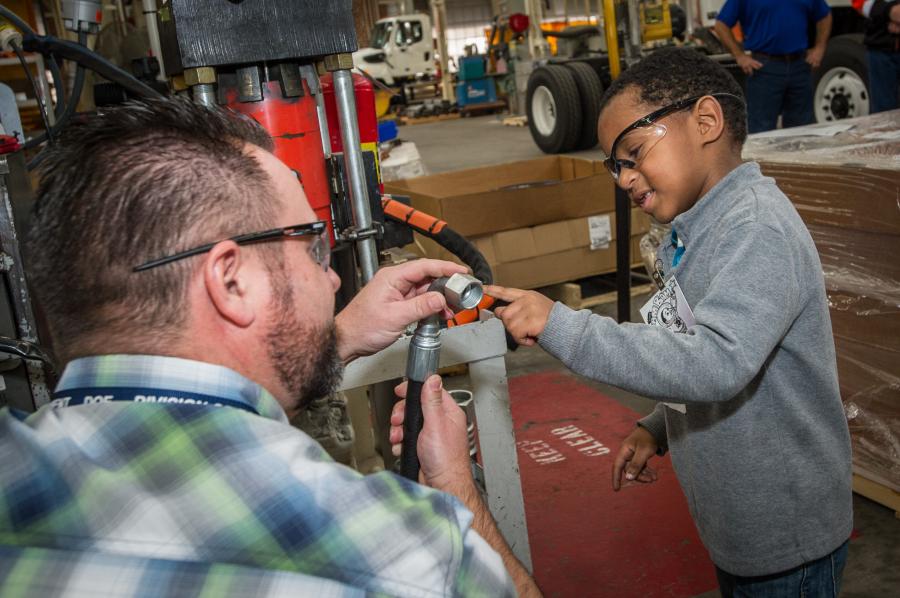 A photograph of a California Department of Transportation (Caltrans) worker giving a Make-A-Wish child a tour of a maintenance facility won the Grand Prize, while a photograph that captures the last working ferry system in Arkansas was selected the People's Choice Award winner by online voters.

Sixteen transportation department employees from 24 states and five private citizens submitted 88 photographs and 16 videos for judging in this competition. An AASHTO team of judges selected the Grand Prize winner and a majority of the more than 6,000 online votes selected the winner of the People's Choice award.

The videos competed for first, second, and third prizes and the Ohio Department of Transportation won first prize for its fascinating "Slow Down, Move Over" public education campaign video.

Taking second place was Caltrans for its News Flash video detailing the department's emergency response to a major mudslide in Santa Barbara County.

Use the above links to see the videos and view the all the photo entries at the Faces of Transportation blog: http://www.facesoftransportation.org.