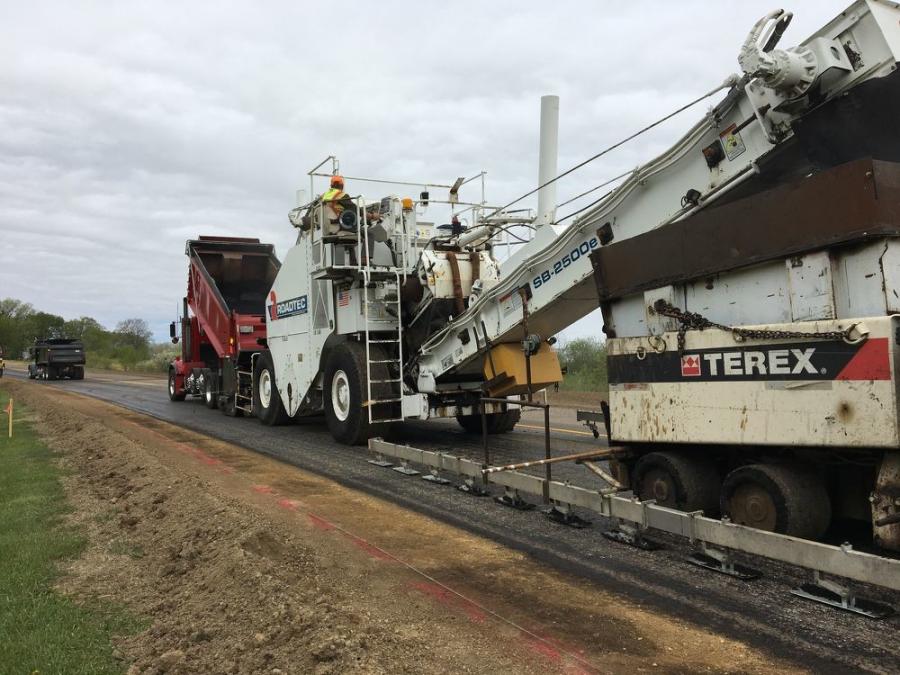 Construction for 2020 is nearing completion on a two-year improvement project on U.S. 12 between U.S. 63 and WIS 128 in St. Croix County, Wis. The Wisconsin Department of Transportation (WisDOT) is overseeing the work, which began in April, and called for resurfacing U.S. 12 and repairing the bridge over the Union Pacific Railroad tracks. 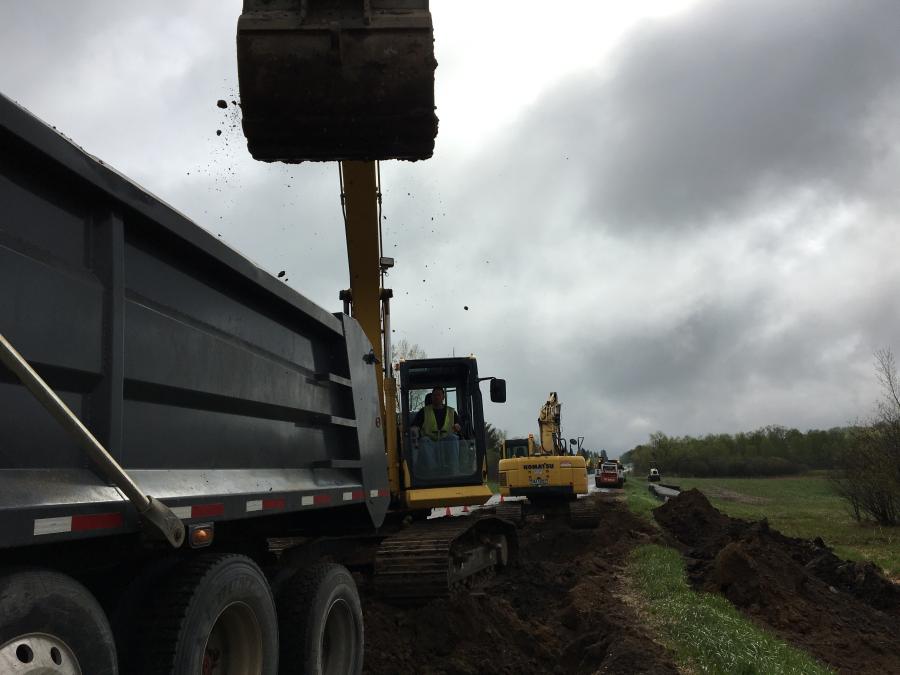 "The existing U.S. 12 pavement was reaching the end of its useful life and showing signs of deterioration, resulting in poor ride quality and rising maintenance costs," said Christena O'Brien, WisDOT northwest region communications manager. "The existing U.S. 12 bridge over the Union Pacific railroad tracks was exhibiting deterioration in the bridge deck, parapets and joints, requiring repair to be performed on the structure."

Existing geometrics of the U.S. 12 and WIS 128 intersection have been considered less than ideal, and have led to an increase in crashes. This intersection will be modified in 2021 to improve safety.

For the entire two-year contract, approximately 80 percent of the work is complete.

As for 2020 efforts, "It's a good time to perform the work because, as a result of the COVID-19 pandemic, there were less vehicles traveling at the start of the construction season," said O'Brien.

The cost of the undertaking is $6.5 million and is being funded through a combination of state and federal funds.

According to Keena Spencer-Dobson, WisDOT project leader, the biggest challenge tied to the project was the inability to assess the underlying pavement structure.

"On some projects, cores of the existing pavement are taken, but these were not warranted on this project. There was no way to determine the depths or condition of asphalt, millings or concrete pavement until the roadway was dug up or milled. There also was no way to determine the condition of the material under the shoulders or under the area where the shoulders would be widened." 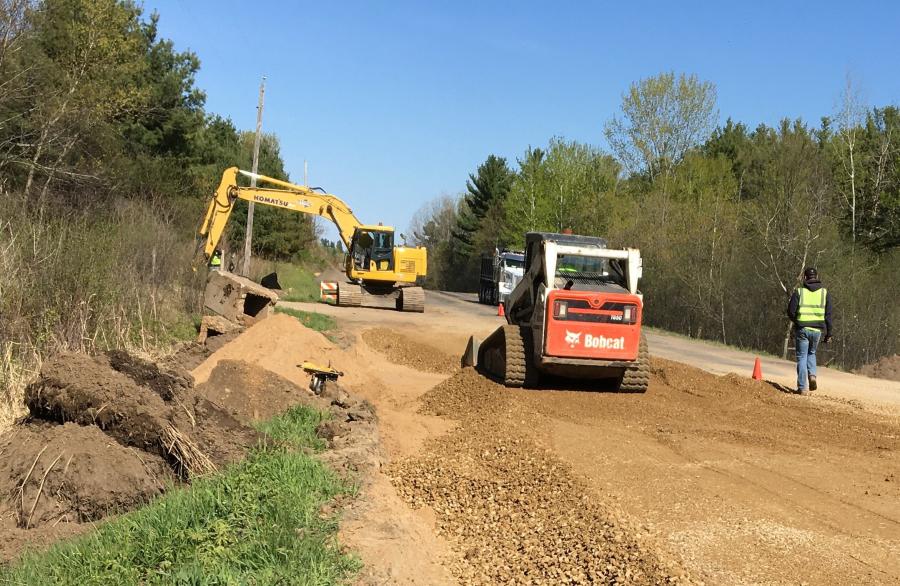 There are two items that were added to the contract that was to be completed in mid-October: a triple run of culvert pipe under U.S. 12 will be repaired and a permanent concrete barrier wall will be installed.

Excess material will be removed from the pipe outflow and it will be repaired by installing grouted riprap around both ends of the pipe to stabilize it. Then the shoulder will be filled back in with aggregate.

"The existing asphalt shoulders were three feet wide. The shoulders were widened to five feet," said Spencer-Dobson. "There is a large Amish community that lives along and uses U.S. 12, so shoulder rumble strips were not installed to make buggy travel safer."

There are a number of days built into the schedule each month for weather delays per the WisDOT specifications. 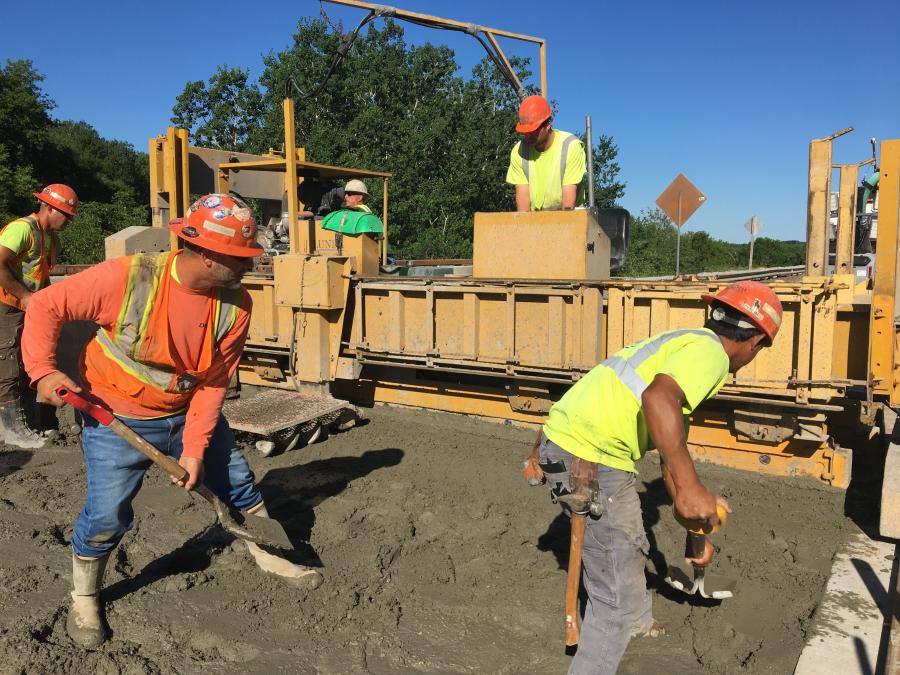 "In June 2020, there was a rain event that dumped [more than] eight inches of rain in a concentrated area that caused flooding on this project and the entire areas surrounding Baldwin. This flood caused minor damage to this project. Water flooded over the road in several places and ate the asphalt shoulder in two areas.

"Repairs to flooded areas were added to the project work. These repairs included removing excess material deposited by the flood and installing compacted base aggregates to the shoulder. There was not any damage to bridges in the project limits."

A variety of equipment has been used on the project, including a Wirtgen milling machine; a Broce RJ350 broom; a Cedarapids CR552 paver; Sakai SW880 rollers; a Roadtec SB-2500 shuttle buggy; a John Deere 326E skid steer; a Case 570MXT tractor; graders; excavators; and dump trucks. 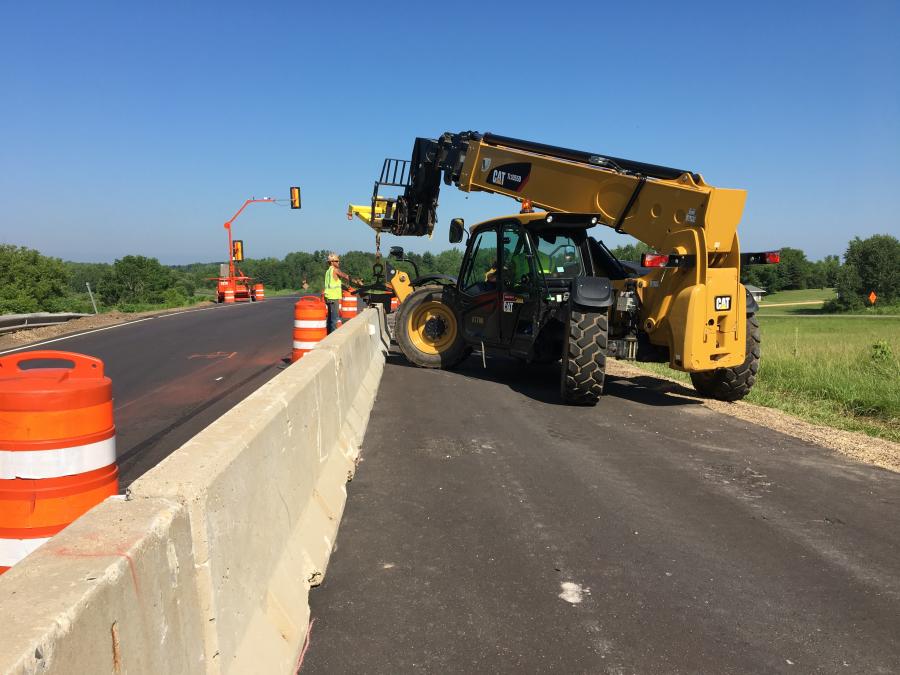 The prime contractor for the project is Monarch Paving Co.

"This company is a good fit, because it is an asphalt paving company that performs many paving projects in the region," said Spencer-Dobson.

"The intersection of U.S. 12 and WIS 128 will be reconfigured to allow better turning movements for semi-trailers," Spencer-Dobson added, "It's rewarding to watch a roadway in such poor condition be transformed into an almost new one. This section of U.S. 12 went from a road that the locals avoided because of the pot holes to a smooth riding surface." CEG