Construction through April 1, will involve single lane closures to occur after the morning rush hours, with most work occurring underneath the expressway. 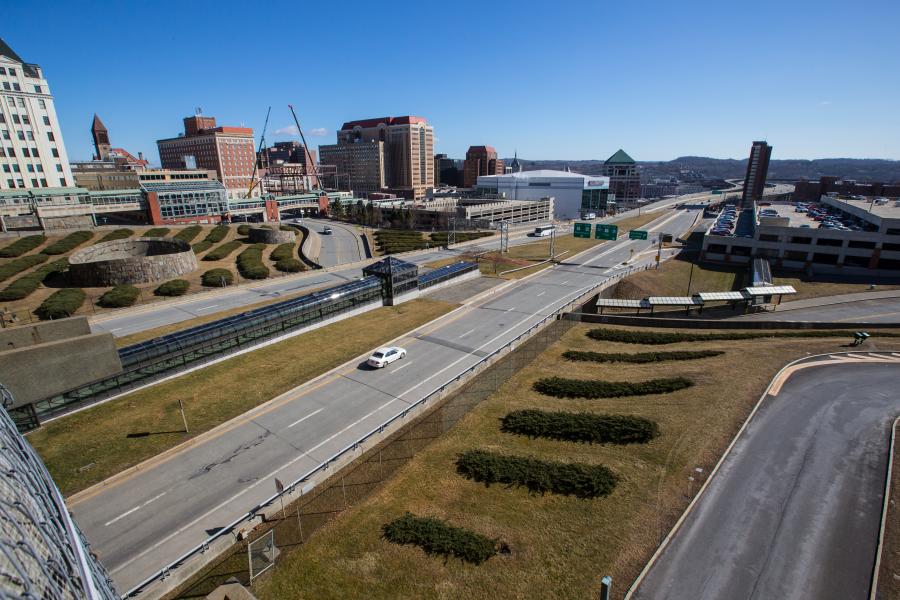 “The South Mall Expressway is critically important to the capital region's economy and transportation network,” Gov. Cuomo said. “These crucial repairs will be done with as little disruption to drivers as possible, and they'll ultimately ensure the expressway remains in good use for years to come.”

Work on the South Mall Expressway, which carries approximately 21,000 vehicles each day, will occur from I-787 to inside the tunnels underneath the Empire State Plaza. The project will include replacing the concrete driving surface of the four bridges that carry the expressway over 787 and city streets. Work also will involve structural repairs to the bridges, including joint and bearing replacements. Repairs to the pavement leading into the tunnel, work on the connecting ramps and bridge painting and steel repairs also are included in this project.

The project is scheduled to be completed by fall 2018. Work in 2018 will be performed primarily underneath the bridge, such as painting and repairs to bridge bearings and steel, and is not expected to impact expressway traffic.

Consistent with Gov. Cuomo's Driver's First initiative, the project has been designed to minimize impacts to expressway traffic. Work that will most affect travel lanes has been scheduled for summer months, when traffic volumes are lower.

“Governor Cuomo knows that New York State's infrastructure is in need of repair, and this investment in the South Mall Expressway is part of his commitment to providing New Yorkers with safe and reliable roads and bridges. This work is important to keep the South Mall Expressway in good shape for the thousands of motorists who use it — commuters, residents, those who do business with government and visitors to the Capitol, the Empire State Plaza and Albany's attractions,” said Matthew J. Driscoll, NYSDOT commissioner.

Construction through April 1, will involve single lane closures to occur after the morning rush hours, with most work occurring underneath the expressway.

From April until the end of June, work is scheduled to occur on the inbound lanes from the Dunn Memorial Bridge to the ramps leading from 787. Between July 5 and Labor Day, work is scheduled to occur from the inbound 787 ramps to the expressway over Grand Street (at the Times Union Center). The work stages were designed to minimize impacts during the legislative session when traffic volumes are highest. All other work on the inbound expressway to the tunnel into the plaza will be done during non-peak hours and weekends.

Also this summer, the westbound off-ramp to South Pearl Street will be closed for up to 21 days with a detour; the exact dates will be announced well in advance of the closure.

In 2017, work will take place on outbound lanes, with varying single lane closures. Work in summer 2017 will necessitate a 30-day closure of the eastbound on-ramp from South Pearl Street with a detour for motorists.

Periodic removal of parking spaces directly underneath the expressway will occur throughout the project.