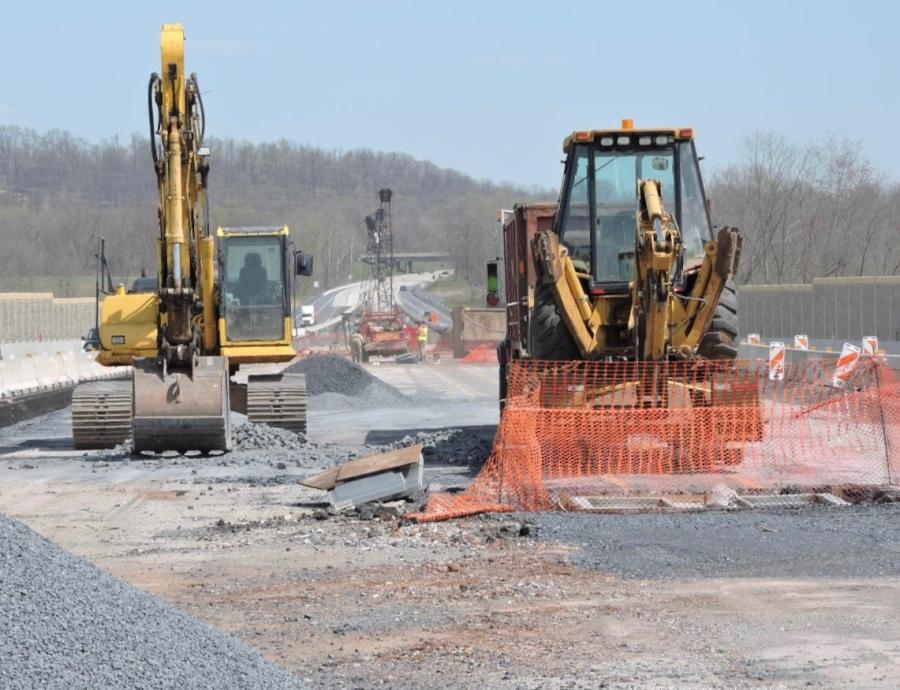 Work is progressing on the Swatara Creek Bridge project in Pennsylvania.

Crews worked through the winter to complete the demolition of the Swatara Creek Bridge, along with the two center sections of two smaller structures under the Pennsylvania Turnpike's toll-funded project that will replace three bridges, widen the roadway, and rebuild more than a mi. of the Turnpike's mainline that connects three areas of Dauphin County.

General contractor Swank Construction Co. LLC, completed work on the previous phase of the $47.65 million project last November. It included rebuilding the outside sections of the mainline pavement and the outside lanes of the new Swatara Creek Bridge and the Turnpike bridges located over the Middletown and Hummelstown Railroad and Vine Street in Middletown Borough. Traffic was shifted to the rebuilt eastbound lanes, and then crews moved to the westbound lanes as construction operations shifted to the middle section of the Turnpike between mileposts 250 and 252.

Following the traffic shift, demolition activities started on the center sections of the two smaller bridges and on an old section over the Swatara Creek. The Turnpike bridge over Vine Street was removed by December. The superstructure of the old Swatara Creek bridge was dismantled by late January, and removal of the middle part of the old railroad bridge finished in February.

“The older structures removed at each location — including demolition of the abutments on each side of the creek and on the three in-stream piers that supported the old Swatara Creek bridge — workers began building new abutments for all three bridges and new in-stream support piers for the new bridge over Swatara Creek,” a spokesperson said. “As work continues on the largest of the three bridges, workers have completed the center section abutments for the Vine Street bridge, set new beams and began construction of the new bridge's deck, or riding surface. Concrete for the new deck pavement over Vine Street [was] placed this spring.”

Foundation work is reportedly under way for the middle abutments for the new bridge over the railroad. Beams for the middle section of this bridge are scheduled to be set, followed by deck construction.

Approaching and between the bridges, excavation of the old pavement and median, and installation of the new storm water drainage system will continue.

The third lane in each direction on the main line and the bridges built under this project will be painted as a shoulder until the Turnpike is widened east and west of the project area under a future expansion project.

The entire Swatara Creek Bridge Replacement Project is expected to be complete in mid-to-late 2016. Construction began in the fall of 2013, and is set for completion in mid-2016. The project's total cost is set at $47.65 million. At its completion, nearly 1.5 mi. (2.4 km) of the Turnpike, including the three new bridges, will be wide enough to accommodate future expansion to six lanes east and west of the work zone.

The original bridge was built in the 1950s. The new Swatara Creek Bridge will be a four-span structure with three reinforced concrete piers constructed in the stream bed. Abutments will be built in the embankments at both ends of the structure to tie the new bridge into the Turnpike's mainline. The creek bridge will be of steel girder construction with a reinforced concrete deck.

The new bridges over the rail line and Vine Street in Middletown will each be single-span, pre-stressed concrete box beam structures, set atop new abutments, with reinforced concrete decks.