Work Speeds Ahead on Replacing Century-Old Bridges With Tunnel 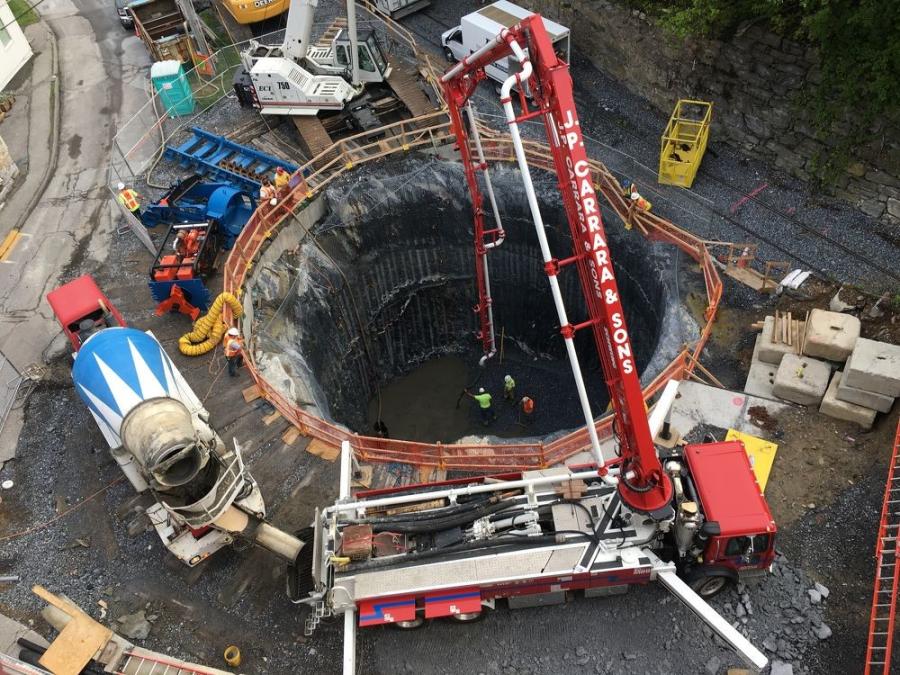 Crews are finishing the installation of underground utilities, so that the aerial utilities can be relocated underground for the next phase of construction. (Jim Gish photo)

Although much work remains, crews are making significant progress on a multi-year construction effort that will benefit the transportation hub of west-central Vermont.

The Middlebury Rail and Bridge Project will replace two 1920s-era bridges with a tunnel, restoring a section of the town green lost to Middlebury when the Rutland Railroad was constructed in the 1840s.

"We are currently finishing up the second project of two early work packages," said Tim Pockette, Vermont Agency of Transportation (VTrans) construction engineer. "The two early work packages replaced the existing bridges with two temporary Mabey Bridges and installed the major drainage structures for the final tunnel drainage system. The main project is currently being designed, and will be started in the summer of 2019 and finish in 2021." 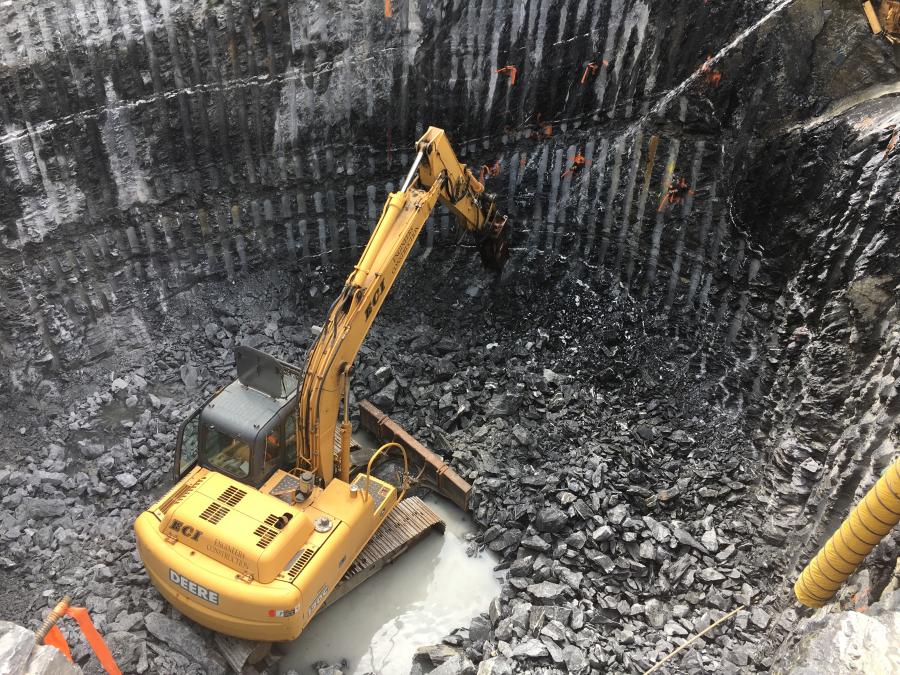 The bridges sit approximately 350 ft. apart, on either side of the town green in the center of downtown Middlebury, carrying vehicular and foot traffic on Main Street (Vermont Route 30) and Merchants Row. The Main Street and Merchants Row bridges were demolished in 2017 to make way for temporary structures. Both were declared as a state of emergency, because they were falling apart.

The use of a tunnel will allow for double deck rail service to western Vermont, while not changing the elevation of Main Street and Merchant Row by lowering the track elevation. The tunnel allows for the reconnection of the village green which was bisected by the railroad. This connects Triangle Park with the rest of the village green and helps mitigate the project's impact on the historic resources of downtown.

Right now, crews are finishing the installation of underground utilities, so that the aerial utilities can be relocated underground for the next phase of construction. Pockette said the biggest concern with overseeing construction is the impact it will have on the area.

"The construction work is actually not that difficult, but when combined with the historic buildings, minimal construction space and minimizing the effects on the businesses and the traveling public, it becomes very complicated. The community has been very good with supporting the project and dealing with the inconveniences of construction over the last two summers. There has been much outreach and communication to ensure that needs are being addressed."

Work has been performed in stages and during certain times of the year to address many different factors.

"Stabilization of Excavation [SOE] measures were installed in 2017 during the closure of Main Street while installing the temporary bridge," said Pockette. "This was done so that Main Street would not need to be closed any longer in 2020 than the 10 weeks planned. Tree clearing was carried out in the winter of 2018-2019 to address the endangered species of bats in the Middlebury area. Also, bat houses were installed during this period, in two locations, to provide habitat." 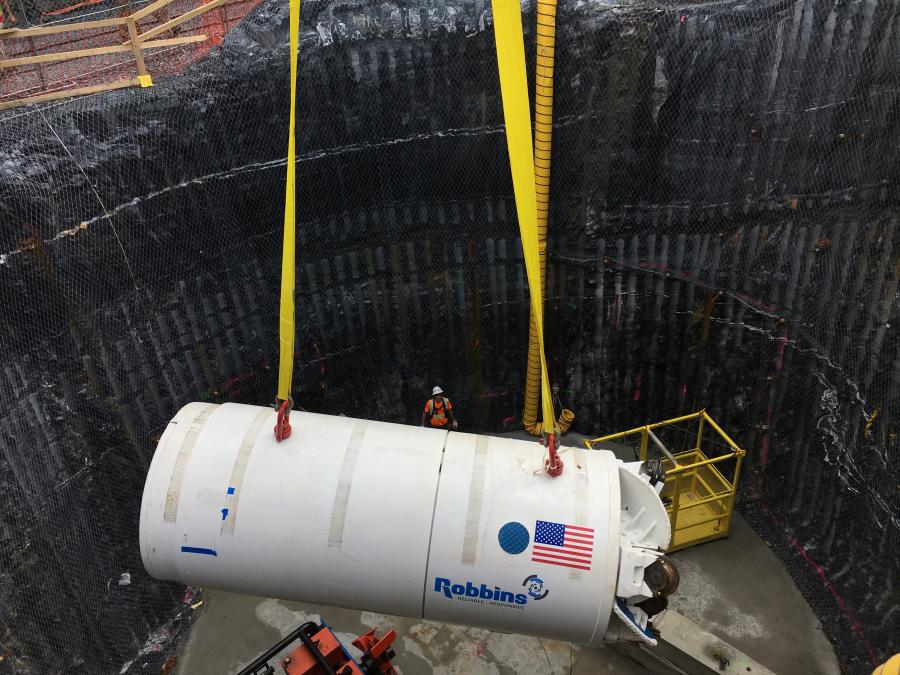 Underground utilities were placed in 2018, so that overhead utilities can be relocated in 2019 and construction can occur in 2020. Temporary access roads were built last year to provide access to building during the closure period of 2020. The early work package in 2018 and 2019 installed the major portion of the storm drainage system, which will have the tunnel storm drainage system connect to it.

Pockette said conduit trench excavation has not been an issue on the project.

"The vast majority of conduit trenches have been minor in depth, less than five feet. There was a trench crossing on the railroad which was 12-feet deep. This excavation went well, and the contractor laid the slopes back as required by OSHA. There was a small extension of this rail crossing trench which did require the use of a trench box. There have been three locations where ledge was encountered in the trench, requiring the use of a hoe ram to remove the ledge, and this work also went very well. 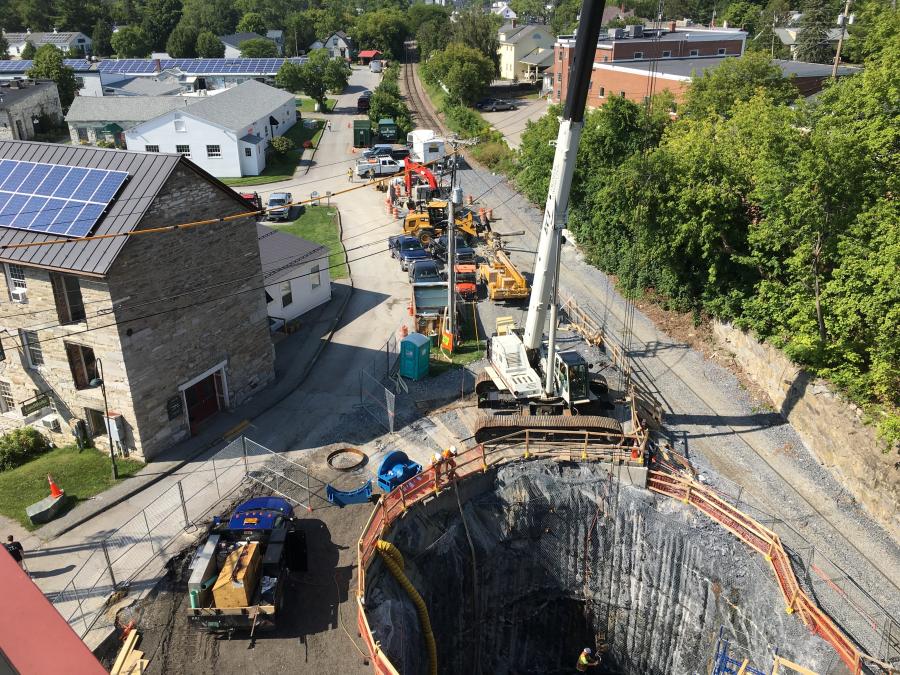 According to VTrans project manager Jonathan Griffin, "Development of this project has been ongoing for at least the past five years through development and construction of the early work packages, the railroad support projects and the railroad detour. Planning efforts will continue until construction is completed in 2021."

The main segment of construction gets under way this summer, with the construction of new water, stormwater and sewer lines for the town and the installation of mini-piles and sheeting along the rail corridor to prepare for the rebuilding of the downtown rail line.

"The contractor is required to install monitoring equipment throughout the project area," said Griffin. "There will be sensors capable of measuring vibrations, as well as over air pressure caused by drilling and blasting. The data collected from these sensors can be used to inform the contractor of the effect their construction activities are having on the historic infrastructure in town, which will helps ensure no damage is done to adjacent properties." 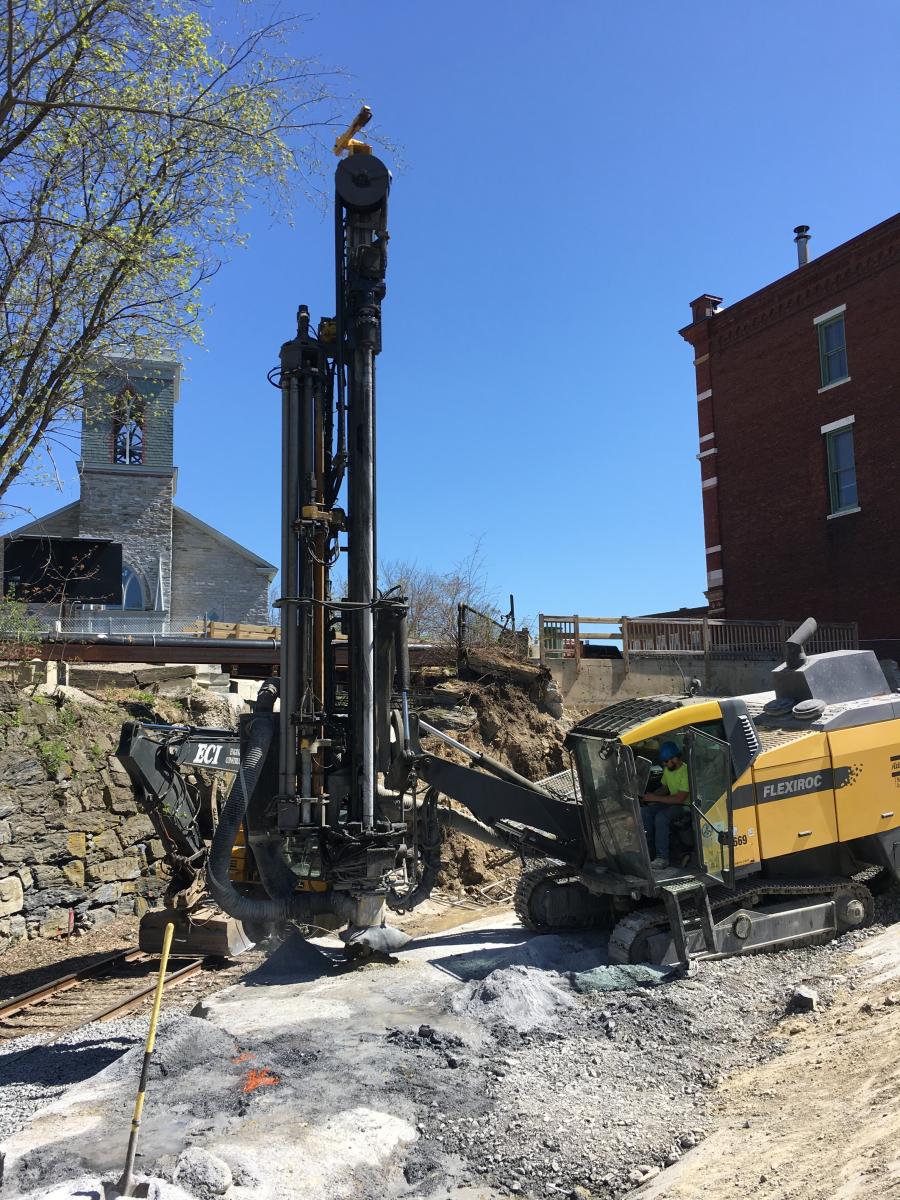 Construction has required a variety of equipment, including excavators, loaders, cranes, a tunnel boring machine and a roller. Main materials on this project include granular backfill for structures, concrete for conduit trenches and headwall, 60-in. steel casing for microtunnel, production pipe 42-ft. HDPE Permalok pipe for carrier pipe and precast concrete structures for three drainage structures.

The improvements will contribute to aid in the revitalization of the downtown area. In addition, the state will have cleared a major hurdle in being able to provide double deck rail service along this rail corridor to all of western Vermont.

"Middlebury will make use of a rebuilt downtown rail corridor that's been cleared of contaminated soils and standing water, and made considerably safer than today's poorly aligned and deteriorated track," said Jim Gish, community liaison of the Downtown Bridges Replacement Project. "Other benefits include a reclaimed section of the town green and, across the street, a new downtown park, both landscaped with a combination of green space and hardscape to accommodate downtown events. In addition, safety will be significantly improved for motorists and pedestrians."

No matter how promising, a project in the center of downtown can cause headaches for those affected by the ongoing work. Two of the largest employers in the state — Porter Medical Center and Middlebury College — are located in Middlebury, which is where three state highways converge. And that's not all.

"The community is concerned that the unique retail stores that make our downtown vibrant will not survive the construction, particularly during the 10-week closure of Main Street and Merchants Row in summer of 2020," said Gish. "Several empty storefronts already line Main Street. 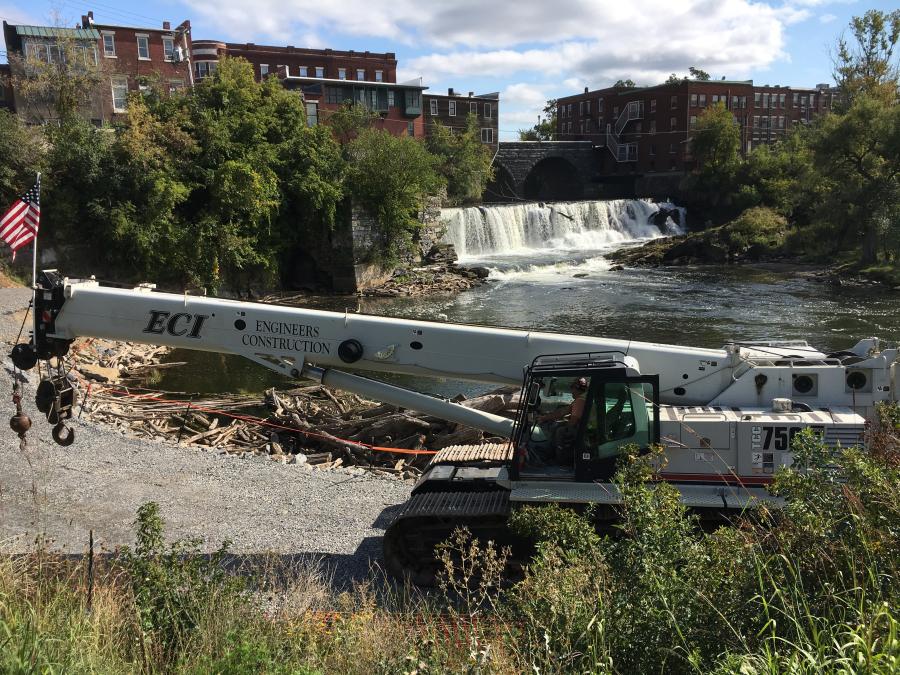 "Otter Creek, the longest river in Vermont, flows through downtown Middlebury alongside the project limits. Citizens are concerned about the project's short- and long-term impact on the river's water quality. They're also concerned about the impact of construction on our historic downtown buildings, all of which are listed in the National Register of Historic Places."

Community involvement is considered crucial during construction, along with a commitment from the key players.

"During the past three years, the Middlebury Selectboard and the Vermont Agency of Transportation have developed a strong partnership, based on clear communication and a common understanding of one another's goals and concerns," said Gish. "That partnership extends on the construction side to engineering lead VHB and general contractor Kubricky and on the town side to such key stakeholders as the National Bank of Middlebury and St. Stephen's Episcopal Church."

The state also has provided funding for Neighbors Together, a community action group formed to mitigate the impacts of the project on Middlebury's quality of life, and the Better Middlebury Partnership, Middlebury's downtown advocacy group. These two organizations, and their extensive network of volunteers, have planned several events and innovative programs designed to promote Middlebury and drive downtown business revenue.