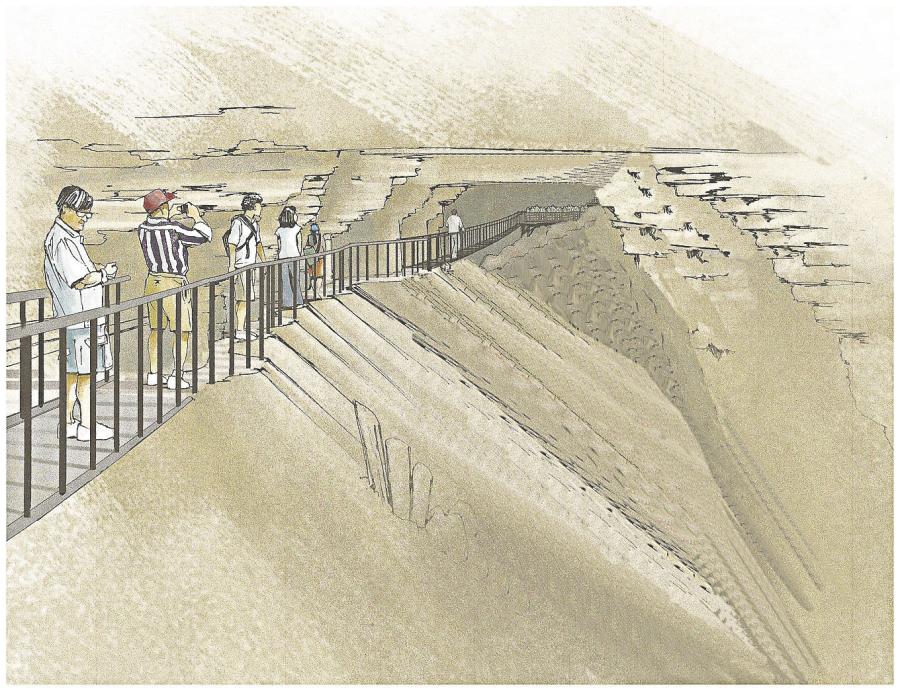 Set-up began April 26 for the construction of a swinging bridge inside Hidden River Cave in Horse Cave, Ky.

When complete, the 100-ft. span will be the largest underground swinging bridge in the world, the Glasgow Daily Times reported. The bridge will cross over a canyon, and will double its current tour length to about one quarter mile.

While impressive, the project has also been a difficult one to design.

“This is the hardest thing I've ever had to engineer,” said Dave Foster, director of the American Cave Conservation Association (ACCA), which is in charge of the cave's operations. Foster said he would like the bridge to be open for public access by sometime this summer, the Glasgow Daily Times reported.

Later, officials would like to expand the tour further to include Sunset Dome, a room that has not been open for public access since the 1940s because of pollution and a railroad land dispute, the Glasgow Daily Times reported. To do so would include building almost a quarter mile of paths and another bridge.

Since the addition of a sewer plant, built by the Caveland Environmental Authority, the cave's pollution has stopped, allowing ACCA to move forward with their expansion plan, which has been a long-term goal since its partnership with Horse Cave in 1987.

“This is the first big step toward getting there, so I'm pretty confident that we will be open to Sunset Dome wither by the end of this year or early next year,” Foster said.

Scott and Murphy Construction of Bowling Green, Ky., was awarded a contract for the project totaling $350,575, with funding from the Dart Foundation, the James Graham Brown Foundation and the Appalachian Regional Commission, with no city match required, the Glasgow Daily Times reported.

Horse Cave also has plans to build a walking trail showing the path of Hidden River Cave on its surface. The path will contain two colors of concrete so walkers can see where they are walking over the cave itself. For funding, the city is applying for a Recreational Trails Program Grant totaling $116,550 via the Kentucky Department for Local Government, the Glasgow Daily Times reported. This grant would require that the city match 20 percent of it, either by cash or an in-kind contribution, that may include volunteer work, according to Ken Russel, Horse Cave city clerk.