Work Under Way on $41M Project to Widen State Route 86

Other improvements include low-maintenance landscaping; crosswalks throughout the span; utility relocation; and drainage systems. 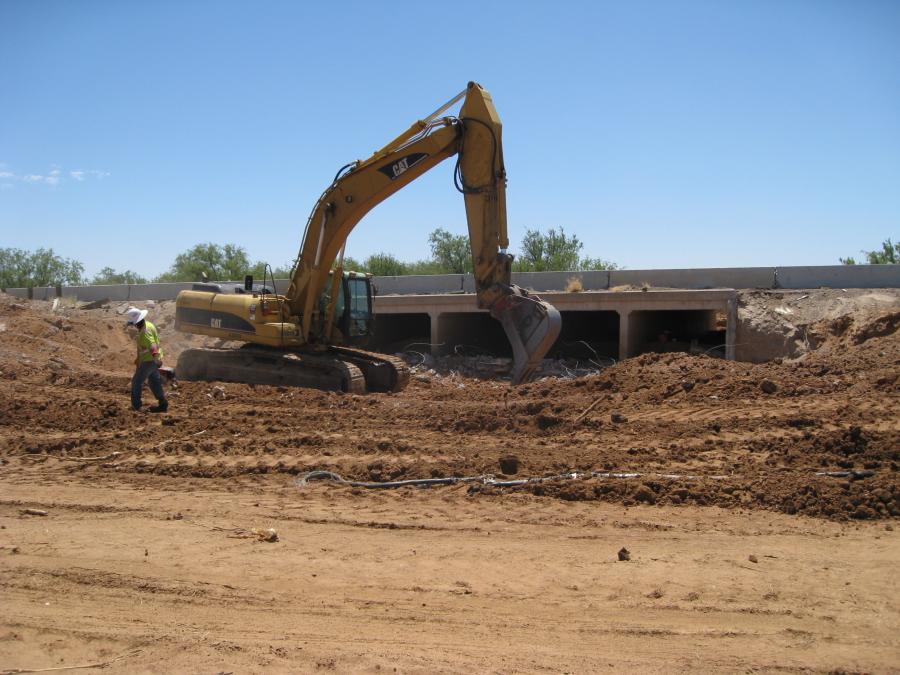 Work has begun on a $41 million project to widen southern Arizona's State Route 86 (Ajo Way) from Valencia Road to Kinney Road. The project is located in Pima County near Tucson. A dirt median will also be provided for added safety.

In March, construction crews began relocating vegetation and utilities and started moving earth in preparation for widening the 7-mi. (11.3 km) segment of SR-86. The highway will be expanded from two lanes to four lanes between Valencia Road and Sheridan Avenue and will be upgraded to a six-lane highway from Sheridan Avenue to Kinney Road.

The contractor, Ashton Contractors and Engineers of Tucson, has started preparation of the site.

In addition to SR-86 widening, the project calls for widening of Kinney Road and realignment and widening of Camino Verde. The project also includes construction of two bridge structures. Bridges will cross Black Wash and Snyder Hill Wash.

“There will be five new concrete box culverts and 11 existing ones will be extended,” said Dustin Krugel, Arizona Department of Transportation public information officer.

Crews will install overhead signs, which will provide information about accidents, weather or traffic conditions. Turn lanes will be added to provide safer access to local streets.

Other improvements include low-maintenance landscaping; crosswalks throughout the span; utility relocation; and drainage systems.

“These improvements will add capacity while making it easier for motorists to navigate through this area, which is seeing tremendous growth,” said Rod Lane, Arizona Department of Transportation South-central district engineer in a release.

The project is expected to be completed in early 2018.

Large cranes are onsite to install the precast box culvers. Additional equipment will include bulldozers, pulley and blade equipment for moving and smoothing earth.

Between 50 to 70 workers are on the job each day depending on the type of work being done.

“There will be occasionally night work and weekend work,” Krugel said. “But for the most part it will be a daytime operation.”

Built in 1930 as a two-lane roadway through sparsely populated areas, State Route 86 is now a vital link in Tucson's transportation system.

SR- 86 stretches from its junction with State Route 85 in Why east to its junction at 16th Avenue east of Interstate 19 in Tucson.

The Arizona Department of Transportation heads the widening project in conjunction with Pima County and the Federal Highway Administration.

The purpose of the project is to enhance safety and improve traffic flow, while meeting current and future traffic needs.

The 7-mi. segment of SR-86 experiences a steady volume of commuter traffic resulting from increased residential development and worker commutes to jobs in Tucson.

The route also serves as a regional transportation route between Tucson and south-central Arizona and provides access to the Tohono O'odham Nation Native American community. In addition, SR-86 is used to reach Rocky Point, the popular tourist destination of Puerto Penasco in Sonora, Mexico.

The design phase of the project began in 2011.

“There are planned detours that will be implemented in case of an emergency,” Krugel said. He said an emergency response team will be notified of the closures and detours.

Kruger said that when finished, the project will reduce traffic congestion and enhance safety by adding capacity to the highway and improving flow.

He added that additional traffic lights are intended to enhance safety at the intersections and help traffic flow at rush hour.

Krugel said the project is moving forward without delays or added costs so far.