Digging will not continue until the investigative board figures out what made the workers sick, and according to Barber, the event has already put the project behind schedule. 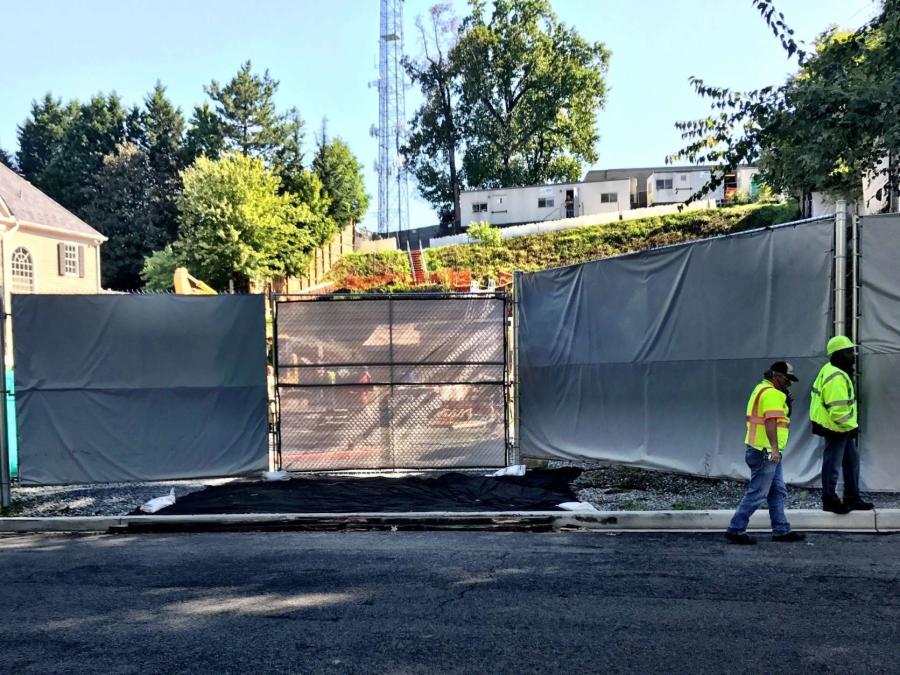 Seven workers were temporarily hospitalized after they got sick during a cleanup job at a World War I chemical weapons testing site beneath a Washington D.C. house near American University.

According to Brenda Barber, project manager for the U.S. Army Corps of Engineers, workers were digging by hand at the site Aug. 9, when they began to feel eye irritation, WTOP reported. In addition, one of the workers reported vomiting and another, diarrhea.

The workers were taken to George Washington University Hospital and were released later that night. Barber said that all the workers have returned to work and have not had any recurring symptoms.

At first, the workers' symptoms pointed to low-level mustard gas exposure, but monitoring equipment didn't find any traces of the gas. According to Barber, a board made up of U.S. Army Corps of Engineers, EPA and D.C. Department of Energy officials, as well as public health, industrial hygiene and technical experts are working to get to the bottom of what made the workers sick, WTOP reported.

“At this point, based on what we've seen, we don't think it's a mustard-related incident,” Barber said.

Barber also said that the area where the workers were digging when they became sick has since been covered with plastic sheeting, although air monitoring equipment didn't pick up on any hazardous chemicals in the surrounding area.

Digging will not continue until the investigative board figures out what made the workers sick, and according to Barber, the event has already put the project behind schedule.

The cleanup project started in 1993 after a contractor found buried military ordnance near what was once the American University Experiment Station, where the government tested chemical agents during WWI, WTOP reported. The U.S. Army Corps of Engineers was working to finish excavating and restoring the site this summer to give it back to its owner, American University.

The project came to a halt earlier this year as well, after crews unearthed black soil containing traces of mustard gas, WTOP reported.