Many construction firms will be donating time, expertise and money towards the endeavor. 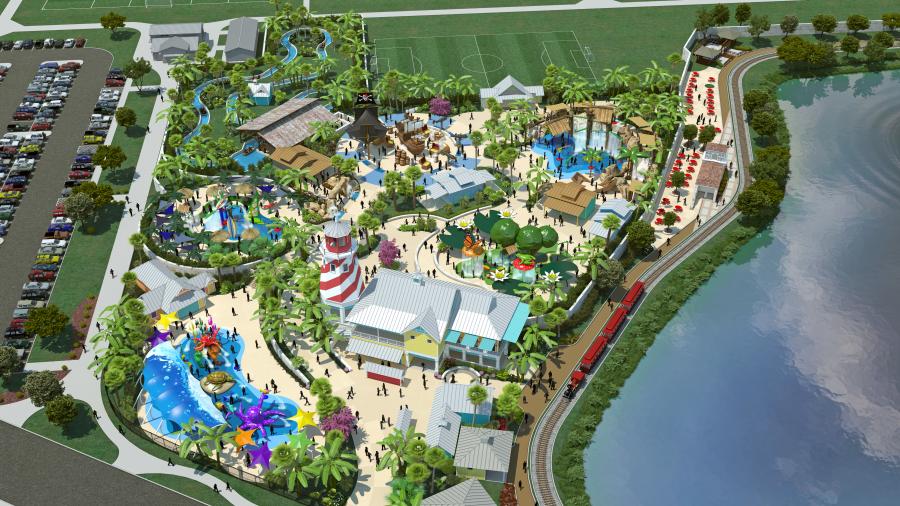 “We want to help build a special place where every child is free to splash around and have fun,” said Scott Williams, president of Springfield, Ore.-based Hamilton Construction Company and the chairman of AGC Charities. “It isn't every day we get to use our skills to build a world of limitless fun for all children, which is what makes this project so important.”

Morgan's Wonderland is the world's first theme park designed with special-needs individuals in mind and built for everyone's enjoyment. The new expansion to Morgan's Wonderland — Morgan's Inspiration Island — will serve as the world's first ever fully-accessible water park when it opens in spring 2017. The park addition will include five new water play areas and a riverboat ride.

“We are deeply grateful for AGC Charities' enthusiastic commitment to help build another world-class place of inclusion,” said philanthropist Gordon Hartman, who spearheaded creation of unique and colorful Morgan's Wonderland in 2010. “Just like Morgan's Wonderland, Morgan's Inspiration Island guests with and without special needs will be able to come together for fun and a better understanding of each other.”

AGC Charities and the local contractors, who are calling themselves, Inspiration Island Working Group, will help build five new pump houses, a new main building and the signature light house feature for Morgan's Inspiration Island, Williams noted. The volunteer contractors, who are being organized by Linbeck Group and the AGC of San Antonio, plan to conduct most of the construction work during a two-day blitz on March 9 and 10 right before the start of the Associated General Contractors of America's national convention, which is taking place in San Antonio.

“This is a great opportunity for our industry to help a local group that supports children from across the world,” said Patrick Byrnes, a senior cost analyst with Linbeck who is serving as the project manager of the operation. “We are treating this project like an extreme makeover where we will bring a lot of workers in to make a big difference in just a few days.”

Williams said the AGC Charities group is currently fundraising to support costs associated with constructing the water park addition. He noted that the charitable group was established eight years ago to channel and support the charitable efforts of the construction community. He added that the group held previous national Operation Opening Doors projects in Washington, D.C., Honolulu, Orlando, Las Vegas, Palm Springs and San Juan.